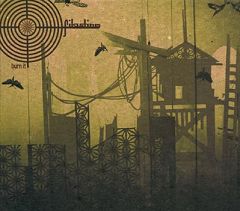 Justin Kleinfeld ~ Filastine's Burn It is one of those rare debut albums that reveal an artist operating at the height of their powers. A Hip-Hop backbone supports live polyriddims, collaborating musicians, lush electronica, field-recordings, and an array of guest MCs and singers. The result is genuinely fresh, streetwise, and solid. From start-to-finish.

Set to be released on April 25th, Burn It redefines the term “laptop artist” as someone who uses portability to record and produce anywhere. While Burn It will satisfy beat-heads, the album also exhibits a deeper musicality. Check the upright bass, horns, and sultry French vocals of “Palmares” (track 3) or the trio of singers on “Ja Helo” (track 14). “Quémalo Ya” (track 2) was composed on a Brazilian rooftop with vocals tracked in Havana, while Filastine assembled his studio in the medina square of Marrakesh to get the snake-charmer flutes of “Judas Goat” (track 5). If you were to circle the Earth a few times, listening closely to the beats and noises of the streets, it might sound something like this album. Street artist Swoon contributed her signature cutouts to create the cover art.

Most folks who've spent years studying percussion are afraid to bend live beats into computers, but Filastine uses his drummer's skill -- along with laptop & microphone – to redraw the musical map. He has studied under tabla superstar Zakir Hussein, played with coke-fueled samba bands in Rio de Janeiro, and soaked up knowledge in North Africa. Filastine’s live performance is a clash of laptop, loudspeaker, midi triggers, live percussion, and often a vocalist. This spring he'll tour Europe alongside DJ/rupture.
Sound is action in Filastine's world. He founded the 20-piece anarchist marching band Infernal Noise Brigade, conducts guerilla activist interventions with custom-built soundsystems, and has been gassed, assaulted, or arrested by police of many uniforms.