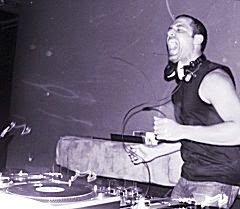 story & photos by todd (as originally published with xpander.nl) ~ D:Fuse recently landed in Kansas City, MO for a night of movin' the masses at Kabal Restaurant & Nightclub. I was very much looking forward to this opportunity to experience his performance. The last time he was here, I was in New Orleans or something like that and I only caught a bit of his set in Miami earlier this year at WMC. I didn't hear much there either. It's so huge, it's hard to focus on any one particular artist for too long.

Needless to say, I was really anxious to finally be able to see and hear this DJ, up close and personal, as I had heard that he was one of the rare few that could really work a crowd, more times than not, whipping them in to a dancing frenzy. I had a feeling that this night was going to be no exception.

For those that haven't been to Kabal Restaurant & Nightclub, it is not just your regular nightclub. With the help of local production groups, such as DeepFix Records and U:Move, it is slowly becoming a Kansas City Electronic Music Landmark, hosting some of the finest DJs from around the country most Friday and Saturday nights, as well as some of the best local talent starting the night off. Couple that with a fine menu and and classy, but unpretentious atmosphere and you have a really great place to party.

This particular evening, due to holiday madness, I was running a little late and didn't arrive until around 11 pm. I was not completely surprised to find that it was already nearing a full house. Passing through the upstairs, local DJ Ataxxic was already warming up the late dinner crowd, and downstairs local resident Paul DeMatteo had the dance floor moving. 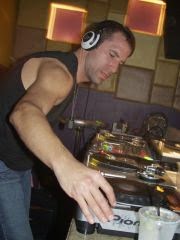 Thankfully, I hadn't missed anything, so I went to the bar to get a cocktail and found myself being introduced to D:Fuse, who was hanging out with some local friends and fans. We talked briefly and he really was a down-to-earth kind of guy, that seemed to carry his own personal energy with him. Of course, this only attracted more people to him, so I pardoned myself and left him to go snap a few photos of the party that was already well underway.

I wasn't really sure what time he was to start, but knew it would be soon, so I mingled amongst the crowd, talking to everyone here and there. There was anticipation in the air and all were really anxious for D:Fuse to start. The level of expectation this particular evening was just as high as the night that Derrick Carter had played at Kabal earlier this year.

Sitting and chatting with some friends just around the corner from the DJ booth, it was not long before I suddenly became aware of someone playing congas along with the track that was playing. I thought to myself that whoever was playing certainly was not just fooling around. They knew what they were doing and each beat demanded everyone's attention. I heard someone yell, "He's on!" and with that a wave of people, myself included pushed out on to the dance floor to see what was going on.

Rounding the corner, I spotted him in the corner of the DJ booth, hammering on some sort of drum pad with his bare hands, adding a completely new and fabulous feel to the track that was already playing. As the breakdown started, he smoothly and seamlessly turned from the drum pad and slipped the next track in on the dancers without missing a beat or drawing their attention away from the reason they had come.

Track after track, D:Fuse orchestrated his set around the crowd, somehow sensing what they wanted next. Each track that came on raised the intensity inside the room a notch higher. At times, he himself became absorbed in it all and could be seen with his fists in the air bouncing behind the decks, as if on a trampoline. Without a doubt, I knew why he had risen to the level that he had in the dance music industry. He was not just another DJ. He was not just another producer. He was a performer that felt the tracks that he played echoing in his own pulse.

Through his hands, the stylus and out through the Avalon sound system, the crowd felt this pulse demanding that they move their bodies and they could not help but do anything else. In a trance-like state, the dance floor stayed glued to their space on the floor and were not about to leave. I don't think that some of them could have, even if they had wanted to. 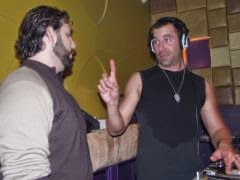 I had completely lost track of the time when I noticed Siamack, one of the owner's of Kabal, go up to the DJ booth to speak with D:Fuse. I knew why he was there and this crowd was not going to be happy. Sadly, this night was about to be over. D:Fuse would not be deterred though and turning to Siamack, with his best "pretty please" look, he held up one finger as if to say, "One more track... please."

How could Siamack refuse a request such as that, with an entire dance floor groovin' and time still left on the clock? He couldn't and we were delivered from the lights for another 15 minutes. The energy never dropped off for a moment the entire time of his set. When that final track ended and the lights came up, cheers and whistles of unanimous approval of a night well done drowned everything else out.