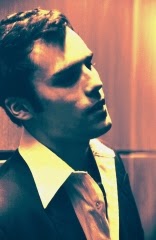 an interview with Brent Crampton by phelyne ~ photos by amy hunsberger, shaun & todd ~ I decided to interview a regional icon who is always dilligently taking his craft to the next level. If you thought you had heard a lot about this man, you will surely hear much much more in the coming years. He is on a steady track of successful musical ventures and has no plans to let up. For those of you have not heard of Brent Crampton yet, sit back and be as impressed as I am at this cat's passion, dedication, and motivation. He will surely inspire you in this in depth interview to follow your heart. Getting things started, here is what Brent confided in me for this interview...

Please tell us about how music entered your life and why it has had such in impact on you.

I have been djing for over 4 years. My first experience with music heard from sources other than the radio came when I started skateboarding, back when I was 12. I was real big into buying skate videos at the time. Since most of the videos were filmed on the west coast, I was being exposed to much music that I would otherwise not have came across. I was listening to groups like The Roots, Fountains of Wayne, Pete Rock, and Gang Star. Lots of underground hip hop and alternative that people weren't hearing on the radio here. This helped me to develop an appreciation for music that wasn't being fed to me by commercialism. And in return, it ended my interest in music on the radio and MTV, lol. In highschool I was always very passionate about music. I had this ritual where I would listen to a song at the beginning of the day over and over as to get it in my head, and then play the song mentally to myself the rest of the day. This would shape how I percieved things, and how I related to others throughout the day. I also remember going through some very emotionally rough times when I was an adolescent, and to cope with it, I turned to music. I would express my rage with music from Rage Against Machine, my melancholy with Smashing Pumpkins and very emotionally diving feelings with Sarah McLachlan.

So, would you say that music became a form of self expression for you?

I have always used music as a way to express myself. This is perhaps why friends and girls from relationships have always told me I have issues with communicating verbally. I directly attribute that to the music, since I use this as my media of expression. I guess I forgot how to use words in the process, lol.

So you are a Deep House dj. Would you tell us why you decided to dj that particular genre?

Throughout my career as a Deep House DJ, other people in the music industry have expressed to me an intense perplexity as to why I play deep house. Mainly because the culture is not here, and it's such a finely tuned genre that doesn't attract many followers unless they have directly came across the music in it's proper cultural setting. I mean, techno, dnb, proggressive DJs in the Midwest can all attribute their influence to the rave scene. But deep and soulful house was never really picked up by the rave era. Deep house is something that I almost stumbled upon by accident, but my soul had been preparing me for the music all the while. To further explain that, I have noticed that throughout my life, I have been attracted to music with emotion, sensitivity and an instrinic beauty to it. Having no real music influence from my family setting growing up, I have figured out that my father was one of my main influences in attracting me to deep house. He did this indirectly really. My father was never the type of person to sit on the couch, drink a beer and watch football. Rather he was out in the garden, admiring natures beauty, or heading to the kitchen to lay down a great meal. So the whole bull-headed testerone aspect in my life was overlooked. I think this cultivated an interest in me for things that are beautiful in life. And deep house fits that category to a tee.

So, how were you introduced to Deep House? 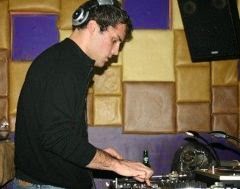 Well, in highschool, the height of the rave culture hit, and most of my friends started going to these underground parties. I joined them back in 2000 and was instantly appealed. The music, atmosphere, people and drugs were so mysterious to me. And I've always been attracted to things that are mysterious. So I became hooked. I decided that I wanted to start DJing when I was at a party in KC called "Where the Wild Things Are." I was up in the VIP area where the True House Coalition was playing. I remember the crowd being hooked and reactant to every little EQ tweak. I suppose it was that Western influence in me that was attracted to DJing because of the power that a DJ held. Fortunately it has become something much more important now.

Once you decided to take the step to learn to become a dj, what do you remember about that time?

When I first started buying records in Omaha, there wasn't much of a electronic music section in any store with vinyl. At one in particular, the Anitquarium, I asked for techno music, and instead they gave me deep house on the OM record label. At first I wasn't digging it too much. Along the way I ran into a used CD, San Francisco Sessions by Mark Farina on OM. I bought that, was weirded out at first because it was sort of this downtempo kind of banging electronic music I was used to hearing at raves. But it grew on me.

So, you started to learn that the rave culture had several different types of music that drew fans. How did you decide what you wanted to start off spinning?

When I first began DJing, I wanted to play all types of electronic music. And for awhile, I did. But I realized each genre is so wide and exspansive that I was just watering down the music by not focusing on a particular type. So I knew I had to choose an avenue to go down to simplify and actualize things. Since all the DJs in Omaha were a direct result of the rave era, they all played harder styles of music. Naturally I felt that if I wanted to play out with them, I needed to do the same. So instead of being a trendsetter, I was going to follow.

There was a period in my DJing that I was trying to decipher what my sound was. I had a very hard time deciding what I wanted to go with. But what decided it for me was that whenever I was in my room mixing records, I always pulled out the deep house. Once I realized this, I knew it was the avenue of music I was supposed to pursue. Once I decided that, I felt a big burden lifted off my shoulders and a wave of creativity followed.

After you started to build your record collection, practice to perfect your skillz as a dj, and network, how did you finally break into the scene?

I made my debut into public performance when I started DJing at coffee houses. I was the first DJ to take deep house to coffee shops all over Omaha with the "Deep Coffee House Tour" that I organized. I gained attention from some important promoters in town from that effort, and was asked to join the roster of Ultramusique.com. At this point I was on the same roster as notable local names like Myth, Superstar Dj Lee and Wizzo. I was automatically in the bar and club scene when this happened. And things have really taken off since then. Now I have reached a point that I can say my move to stand out amongst the rest with deep house has really payed off. I am currently the busiest DJ, as far as electronic music, in the Omaha and Lincoln Nebraska scenes right now. I have a weekly residency at the best club (Bricktop) in Nebraska, called Rhythm, with fellow resident, Dr. Zhivago. I have a Thursday night residency at the Velvet Lounge, I play once a month at bar 415. I DJ at the best contemporary art gallery in Omaha for their receptions, Fluxion Art Gallery. I also organize an art and music fusion event called Colorsound. Because I DJ deep house, and dabble in broken beat and downtempo, I am able to play in a variety of settings from bars, clubs, art galleries, coffee shops and various other events. Overall, what do you think stands out the most about your passion for music?

My philosophy on music is different than most. I was adopted as a child and I know nothing about my real parents. So it's kind of an oddity that I got into music as deep as I am into it since my adopted family did not provide much influence in that area. Another oddity is my intense desire for spirituality which my parents did not influence either. I have always sought out a spiritual path or insight, and this past season in my life, I have been focusing on applying that to music. Keeping in mind that I communicate through music as a form of expression, I also express myself to a higher power through music. In fact sometimes I have a hard time with verbal prayers, but music has been able to take me to a level that words often fail for me when praying or praising God.

Well, I must say Brent, you truely are a unique person and DJ, who deserves all success you have earned and have yet to earn. Keep up the hard work, and you will stay on the chosen path. Thanks for taking the time to answer a few questions. I have one more for you. Where can the readers learn even more about you, as well as hear some of your Deep House mixing skillz?