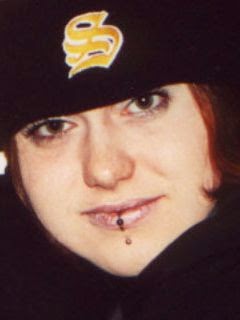 An Interview with the Mastermind Behind Sublunary AM ~ by Phelyne ~ photo by unknown ~  If there has ever been a person who has greatly contributed to the Midwest scene, Charity with Sublinary Artists Management would have to be one of the power players. Not only does this very busy lady spin jungle whenever she can, she is also the person in charge of one highly impressive booking roster specializing in jungle. She has been handling bookings for a few years for talented producers/DJs such as Gridlock, Evol Intent, E-Sassin, Echo, Jo S, Odi, Stakka, and many more. Visiting Iowa several times in the past 4 years, it has been very apparent to me that Iowa has some really great events going on there where top notch DJs perform with hundreds of fans in attendance to show support regularly. Charity has been involved in making the great party scene of Iowa vibrant for several years now, and I felt that she would be a great person to ask a few questions about the state of the jungle scene from her perspective as both a DJ and booking agent.

How long have you been in the game and what got you interested to be involved in the underground electronic music scene?

Well, I started going to parties back when I was living in Indiana back in '97 or so. I really got into throwing parties when I moved to Iowa in Dec '00. I was 19 at the time. I started the agency about six months after that and began DJing in 2002. However, I didn't feel comfortable playing out until earlier this year.

For the past few years, you have been a very strong force in the Midwest, specifically Iowa. What do you contribute to your success?

Connections…hehe. I've met some really amazing people in this scene and I've been lucky enough to remain good friends with most of them. I'd say friends are the best support in any endeavor; to know you have someone by your side is an amazing feeling. I'd have to say that Chocolate 'TheFreakyAfronaut' from Indianapolis has always been a wonderful influence for me. I attribute a lot of my personal success to him. (Thanks B!) I also think working with a strong crew is always helpful, and I've been very lucky to work with wonderful like-minded people such as Aaron Danielson aka DJ nNothing.

You are the owner of Sublunary Artist Management. What made you want to actually put the time and effort in on your own and was it difficult to get it off the ground?

I started SAM originally for friends that I thought weren't getting the exposure they deserved. I've always been surrounded by amazing talent and I wanted to do everything I could to help them reach their goals. One of the first DJs I represented was K-Step. I remember seeing him play at Indy parties and loving it. Actually, he's the reason I got into DnB. When I started the agency, K-Step was just starting to become more than a regional name and just today I was reading a review in Rinse Magazine by Freaky Flow (the DnB guest reviewer) of K-Step's most recent release on Sudden Def. Watching him get to this point has been one of the best experiences of my life, and if I've done anything to help him in even the slightest way its made everything worth it.

Yes, it was difficult to get the agency off the ground at first. I mainly represented Mid-west talent. I made my real break when I signed Gridlok to SAM. He has been a great support through the years. After that word spread through my DJs as well as promoters I had worked with and before I knew it I was representing some of my idols such as E-Sassin and UFO!.

You have an extensive, very impressive, roster. Are you currently accepting promo packages from talent in need of an Agency's services? What advice would give someone about getting the attention of an agency?

Thank you! I am currently accepting promo packs, but probably won't be adding new additions until next year. I think having a well-written bio, an impressive mix, and usually production works are the best ways to get the attention of an agent. Just remember there are thousands of DJs out there; make sure you give an agent the reasons why they should choose you over the hundreds of other demos they get!

What upcoming events and tours is Sublunary currently working on that we should keep our eyes peeled for?

I'm currently working on the Future Prophecies tour. They're an amazing live DnB duo from Norway. DJ Anthun mixes and scratches while Richard plays instruments to accentuate the mix. There's a great clip of them playing at on our web site, if anyone's interested in seeing what they do. They'll be in the States September 20th - 26th and October 15th - 17th.

Lastly, do you feel it is important for people to support the ventures of their local communities? What words of encouragement can you offer to people just getting started?

Yes, always support your local scene! I go to as many local & regional shows as I can. Words of encouragement- Find someone locally who already does what you're interested in doing and spend time with them; use the resources that are available to you. And as cliché as is sounds - Stick with it, don't give up! If you love what you do, that should be all that matters!

For more information about Sublunary, visit their web site at SublunaryAM.com.
zine.v1.stories