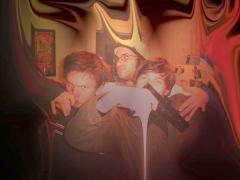 Interview by Phelyne ~ Artwork by Spaed. Top right by Spaed, Danny, Jasen, Bacdafukkup!  ~ Representing Pittsburgh, PA - Spaed is one of the most ambitious and dedicated up-and-comers I have had the pleasure of recently meeting. This guy has been a major player for quite sometime in his hometown and nationally, holding it down in several areas of the underground scene since around the time a lot of it was started. Not only does he have strong roots in graffiti, being one the pioneers of NSF (a nationally acclaimed graffiti crew), but he is also skilled at skateboarding, turntablism, and producing hiphop and jungle beats. He is on his way to becoming the next great internationally acclaimed producer from Pennsylvania in both jungle and HipHop. This man is on his way around the globe, but had some time to sit down and talk with me.

How long have you been in the game?

I have been collecting records since I was an early teen. I started buying jungle & drum and bass records around 1992, and began spinning out for crowds in around 1995. I went on to play at pretty much every DnB weekly that’s popped up and have opened up for big name DnB DJs at large parties year to year.

What is your role in the underground scene and how do you feel you have contributed?

I have always kept up with the drum and bass sound, buying records and mix tapes and playing out as much as possible through the years. In addition to the music, I have always played a role in the underground scene as a graffiti writer. Starting out tagging in 1990, a couple years later forming the now legendary NSF (non stop flavor) graffitti crew. Ive gone painting walls and freight train cars year to year,and always hold down tags in my city,even now at the ripe age of 30! The crew has expanded to a nation wide tight nit click of friends that paint on a regular basis,with hundreds of freight cars rolling with the NSF seal of approval. 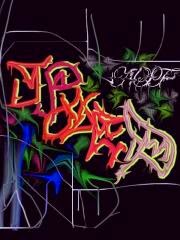 Alongside being one of the pioneers of an amazing national urban art group, you are also an amazing turntablist. Can you explain what got you into the music side of the underground and what your major inspirations have been?

Hip hop has been a part of my life as long as I can remember, and music in general has always been my soul and held with very high regard. I got into break beat techno, aka drum and bass jungle as soon as it arrived, and I have been interested in scratching ever since I touched turntables in the early nineties. Its hard to name just a few major influences because there's been so many great dj’s, so many great tunes,and believe me,I have heard nearly every great drum and bass tune ever made. For me, it was a natural thing to combine turntablism with DnB sets and I used to have mixes sent to me of cool fm sets of dj’s like DJ HYPE and Cool Hand Flex, which always had cuts flexed over the mix. The last few years, I have been DJing with the radiohiphop.com crew, which has provided me with a lot of experience as a hiphop deejay. One of my best friends out here is not only an exceptional MC, but was a judge for the dmc battles and ive always had a lot of influence and input from him.There was a local college radio station that had a weekly dnb show mixed live on air by none other than the man Dieselboy while he lived in Pittsburgh in the early to mid 90’s, and it was cool to get to hang out with him while he was here with his extensive knowledge and sick record collection, which definitely had an impact on me. I take influence from great jazz artists, top notch turntablists, great rock and metal bands and legendary hip hop groups alike.

What are your current plans now as far as music goes?

Currently i am busy deejaying local clubs 1-4 times a week, and producing with almost all of my free time. I am just about to drop some dubplates to start hitting off some well known deejays with, hopefully creating a buzz for myself that way. I am in the lab somethin’ serious, always progressing and covering new ground.

What are your future goals dealing with your music career?

In the future,I hope to have several releases out as far as my drum and bass career go’s, which will find me pushing the sound on an international level as a dj as well.Ive been getting out of state bookings already which is always great, but I really want to step it up to an international thing, with the skill level and selection of my own dnb sound taking me places in more ways than one! 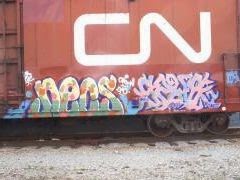 What is one thing you would say to people who are new to underground?

If you are new to the game,that’s fine it’s never too late to begin, but you should be respectful of heads that have been there from day one and learn your history. Build a strong record collection, and learn some signature mixing technique, don’t just learn to blend and whine about not getting booked, this takes patience and determination and is not always happy go lucky. Your going to have to learn business and self promotion tactics to succeed, and be cautious when dealing with promoters and record labels. Just always do what feels right as far as production and deejaying, and hopefully someday you will make a meaningful sought after contribution to the overall electronic music scene.

Take it from the boy Spaed, hardwork, determination, and passion are the key elements to success. Click Here to Visit Spaed Online!
zine.v1.stories