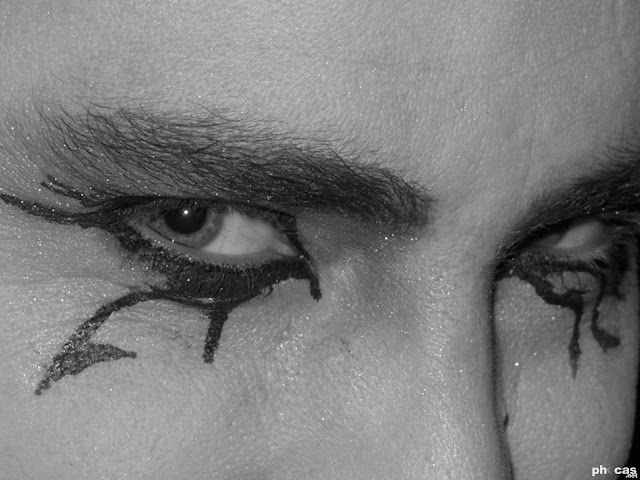 Launching into the traditional party month of October 2004, two big names in House music landed in Kansas City on the same night.  I was on my own photographing that evening, but did catch both of the acts.  They were only on opposite sides of downtown after all. 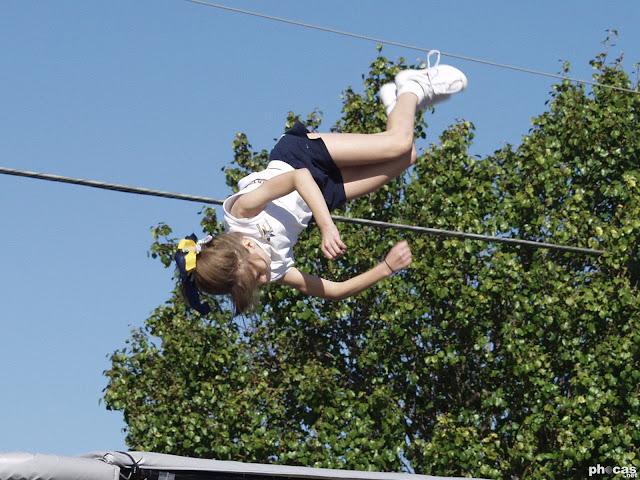 The next morning I headed over to a parade in the community, but took the night off.  Joe picked up where I left off, spending his evening in much the same way as I had the previous night, first covering Randall Jones, then hooking up with Jason to cover Kinetic. 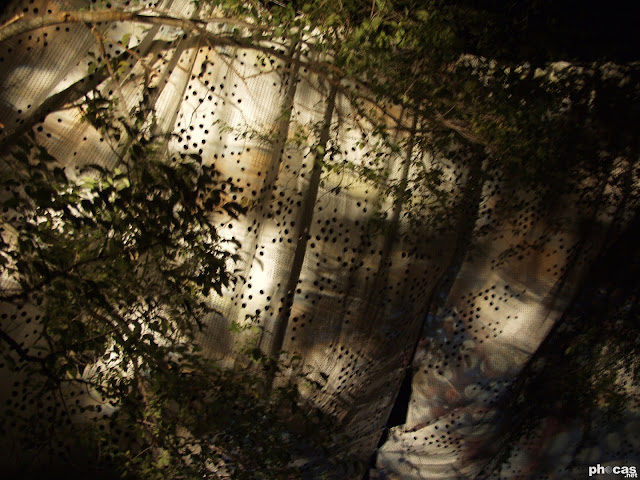 Monday brought Seraphim Shock to midtown, and a bit of High Contrast downtown.  The weekend offered two opposite ends of the spectrum.  The fire of the second in the post-Burning Man event series went off in rural world of east Kansas while downtown, Kourtney covered Sandra Collins. 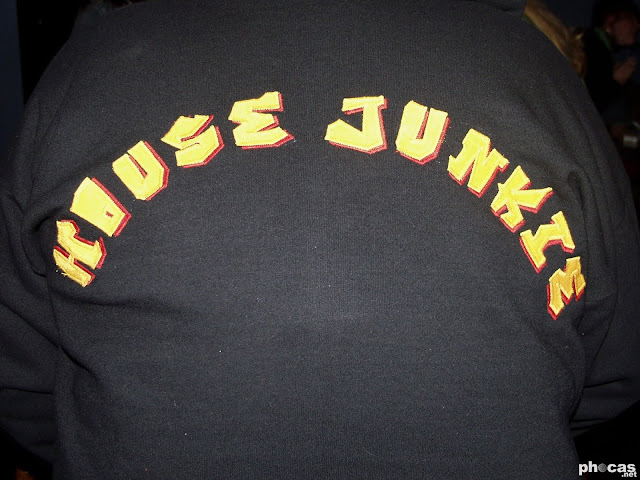 With two events going on midweek, we wandered the streets briefly for a visit to both.  The Perk is always good for a good chill evening, but a new little gig The Point was fighting an uphill battle. 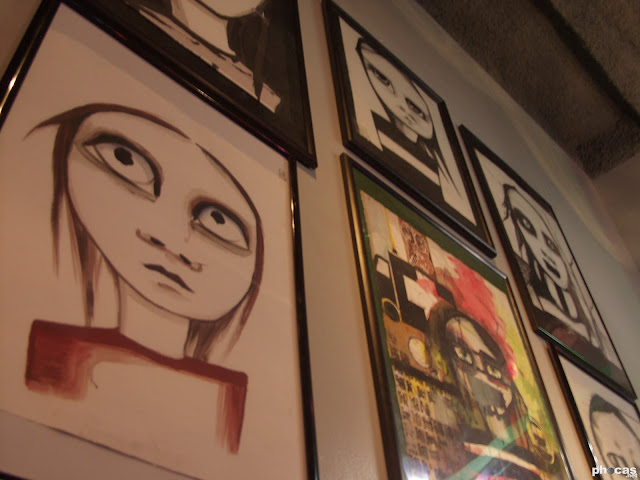 Local artist Bridget Kaiser put up a show of her works that Friday, just before Tim Shumaker and JT Donaldson took over the DJ booth.  It was disappointing that I couldn't stay longer, but had promised another performer I would come to her first new show.  That far into town, the only place to go from there was The Point again. 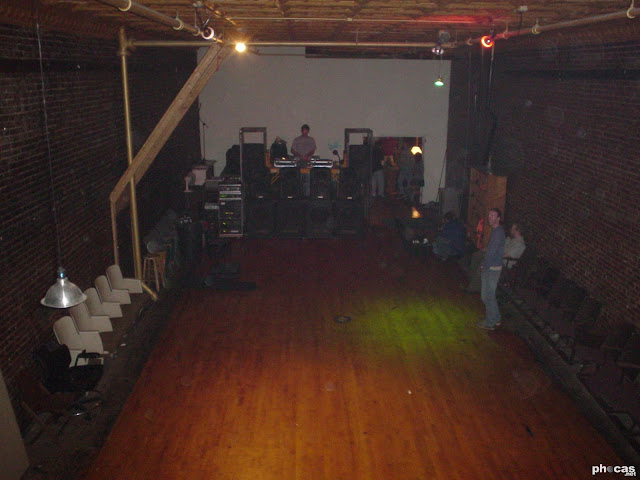 Our second large event, "phlashback" consumed the following evening.  All of the photos from that one were contributed by some or another.  Myself and most everyone else on the phocas staff were occupied with throwing a party.  Kourtney did cover Charles Feelgood, which was going on the same night, and another contributor Eric, joined in the fun covering the growing night he was playing. 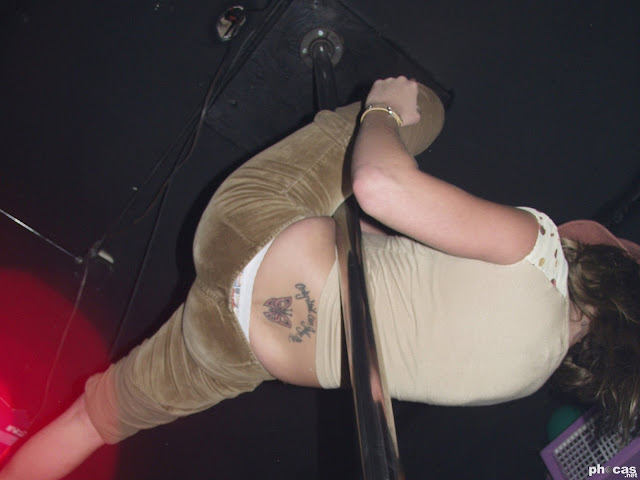 DJ Hardrive really wanted to play out at more than just the party we threw, so we arranged to have him play over at the weekly BLO Monday.  There was no theme that night, but still a lot of fun and a very receptive crowd.  The only thing left to do after that, take a couple days away.  The holiday was looming. 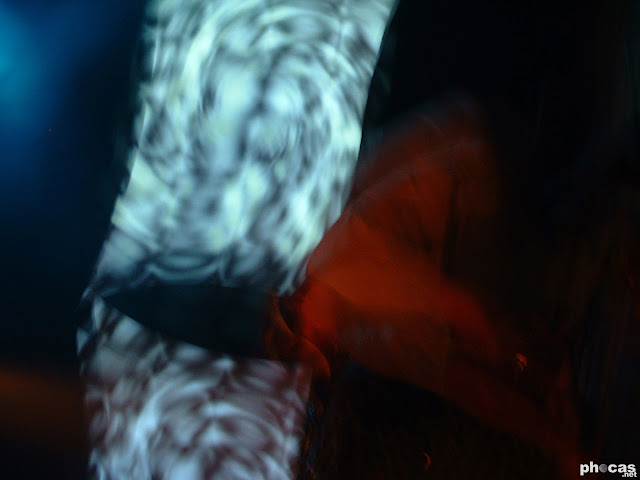 Things intensified the weekend before the holiday weekend, first in the form of a themed party at Kabal.  Oddly, very few costumed for the occasion.  That was not the case down in Midtown at the third edition of the popular holiday rave with Jackal and Hyde, Ming & FS, and GrayArea blowing the lid off the Madrid. Then, there was a day rest. 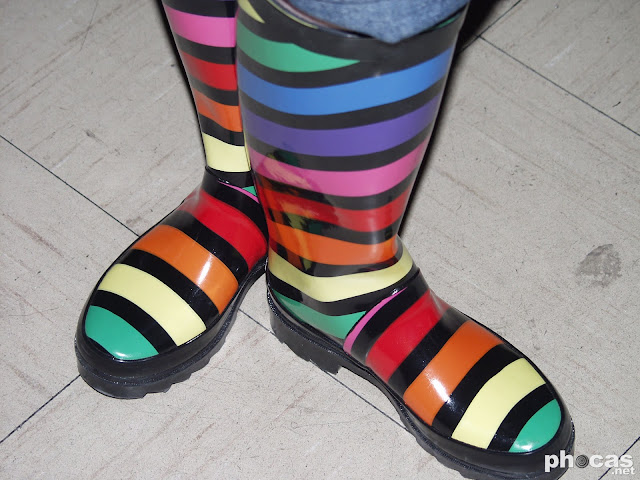 The same performer from earlier in the month was doing another show the following Monday, and it was really the only event happening.  Everyone was staying low for the coming storm that weekend.  Events were lined up, one after the other. 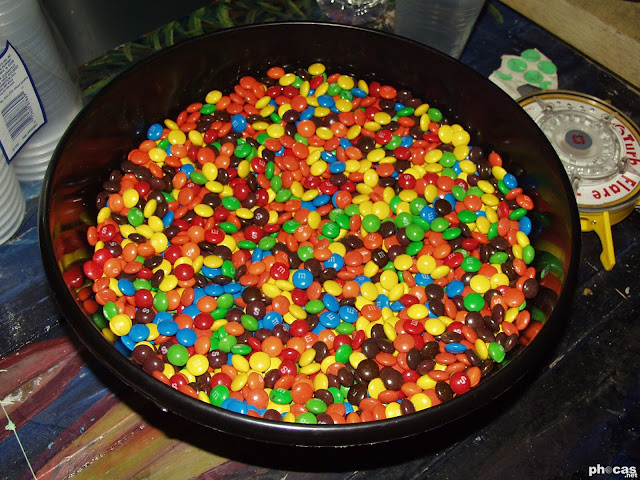 The blitzkrieg began with Kourtney at a little going away party at some random warehouse in the East Bottoms, while I was downtown for a gathering of the Juggalos.  There was no shortage of costumes at Kabal the following night, or at Union Station, where the second of edition of an intensely popular holiday party packed the Grand Hall.  Later that night, just when you thought everything was dying down, yet another version of Phreakz! took over until the early morning hours. 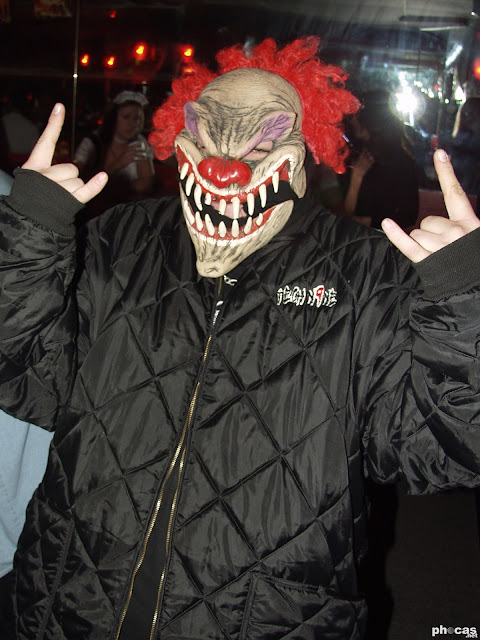 It must have been too much for everyone, except the Goth/Industrialist crowd.  The only thing left happening on Halloween night, a little party and performance by the Dark Divas in the Pyro Room.  It was a fun little family-like crowd, and they put on an amusing show.


Access to all of these events is restored. You can learn more about them through their respective event post, or scan through all of the events recently restored from October 2004. Spliced with various commentary, which will eventually be updated further, a link to associated photo albums appears at the bottom of every post.

A few random photos were taken along the way, not associated with any particular event. Those are hosted within the encounters album. It is always being updated with that sort of thing, also hosting photos from events with less than five shots.