By jusTodd March 06, 2017
The number of events covered in January 2004 exploded.  A good part of that was a need to get out and “flyer” for our forthcoming show at the end of the month, though there was never much of that. 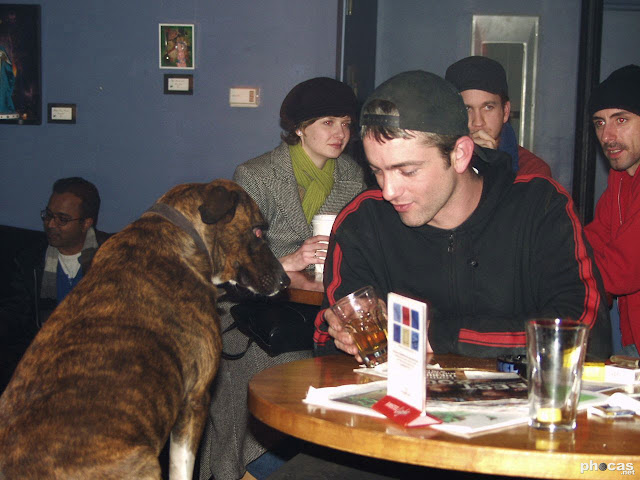 I stopped in on The Cup and several club nights around town, including XO, the Empire, The Point, and of course, Kabal.  Frisky always had a good Thursday too.

It all started off in the grime of the dirty little place on Guinotte though, just after the beginning of the new year.

There were a couple of random little stops too, such as Hannah’s Bistro, where Steve Thorell was doing a different sort of gig, with live percussion accompaniment.  I also found myself invited to an afterhours cocktail hour at what I think might have been the last night of the Italian Gardens. 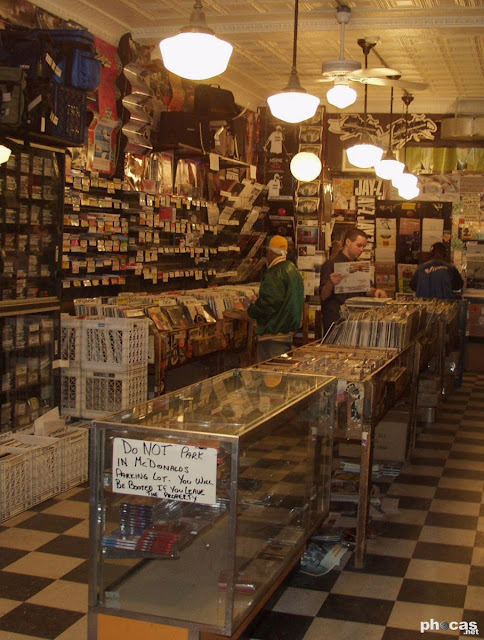 A trip to Chicago in the frozen depths of this winter month provided the lead story for the upcoming shift in the site format to a publication.  Bradshaw endured that little road trip with me, and was a huge help in getting us both home.

We had a good time, meeting up with Offtrack, booked to play the event launching the publication at the end of the month.  We dropped in on Justin Long at SmartBar, and visited with the guys at Gramaphone Records.

We agreed to leave Stardust 4 after he got what he needed for the story, which was sometime around 1 am.  The long journey to Kansas City ensued, and an important lesson in stamina accompanied with caffeine.

After that little adventure, all attention focused on the upcoming launch party.  I stopped in a few different places, and made it over to the monthly Submission.

Otherwise I was dropping in ta the regular club spots, and putting the final touches on the site redesign and new publication. Incorporating stories, interviews and reviews related to electronic dance music, and moving forward as publication under, held a good amount of support from a lot of folks.  Several jumped onboard immediately to help with the effort, as well helping with the event. 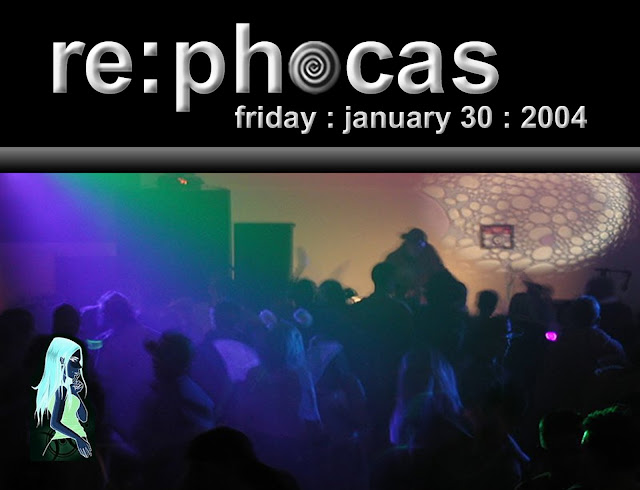 There was near disaster on the day of, with a venue change. The show passed all expectations though. You could say Kabal got raved in the process.   It was at capacity most of the night.  We took over the basement and had one wild party.

Having to move the venue on the day of the event seemed to only add to the odd excitement surrounding the whole affair too. Word traveled swiftly that morning, across the internet and mobile communication. Messages were flying everywhere with the news of the venue change.

Coupled with the atmosphere of the partially completely basement at Kabal, it gave it the right sort of rave feel. It kind of looked that way too on several occasions, and after the fact.  It was fun.

Trip back in time through those photos and all the others restored from January 2004, then look back through that first issue of the publication.  A few of the stories are associated with the photos, as were more as the publication progressed.

Next in the lineup, a return to Mardi Gras, Kourtney parties in Memphis, and things kick off at The Stray Cat.