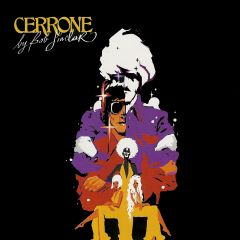 Justin Kleinfeld ~ From behind his drum set, he set the disco beat in America and Europe, becoming the first French disco superstar and giving rise to Modern-day artists like Daft Punk, Groove Armada and Bob Sinclar – all who have sampled his work. We now present you with Cerrone’s greatest tracks mixed together by one of today’s hottest dance music talents.

New York – French Producer Cerrone is one of the originators of disco. In 1976, his epic “Love In C Minor” became a breakout hit, selling more than 3 million copies worldwide. His follow-up release “Supernature” was another smash and went on to sell 8 million copies. In total, Cerrone has sold over 30 million records worldwide. To celebrate the 30th anniversary of Cerrone’s top productions and his role in igniting the global dance phenomenon, Recall Records will reissue this artists most celebrated albums – “Love In C Minor,” “The Golden Touch,” “Cerrone’s Paradise,” “Cerrone 3” and “Hysteria.” In addition to these vital reissues, Recall will also release – for the first time in North America - “Cerrone By Bob Sinclar;” a wonderful introduction to Cerrone’s body of work and the perfect way to connect the dots between classic disco and today’s dance music. This historical release has already sold over one million copies in Europe.

“Cerrone By Bob Sinclar” is more than a retrospective of Cerrone’s career or a remix project. Although some of the tracks here have benefited from a slight facelift (“Major Sea,” ”Striptease,” Love Is The Answer” and “Rollercoaster”), Most of them are actually presented in their original version. Spanning Cerrone’s three most creative years, between 1976’s “Love In C Minor” and 1979’s “Angelina,” this album is a refreshing look back at some of the most exciting disco tracks ever released. Highlights include the beautiful “Love In C Minor,” “Cerrone’s Paradise,” “Living On Love,” “Look For Love” and “Supernature.”
With this album, Bob Sinclar pays a flamboyant homage to the man who has been one of the main sources of inspiration for him over the years. In fact, it’s likely that without Cerrone there wouldn’t be a Bob Sinclar today. This rings true for other artists Cerrone has inspired including Daft Punk , Groove Armada and Modjo, to name a few.

In addition to his productions, Cerrone also produces some of the largest dance events in the world and draws hundreds of thousands of fans at a time. This fall, Cerrone will celebrate his 30-year anniversary with a party and live performance at a major New York City venue. This precedes a mega dance party to be produced by Cerrone and Nile Rodgers (in conjunction with NYC mayor Michael Bloomberg), scheduled for fall 2007.

Cerrone is the recipient of 1 Golden Globe as Best producer and 5 Billboard Golden Awards and has worked with artists as diverse as Lionel Richie, Paul McCartney, Donna Summer, Armand Van Helden, Frankie Knuckles and Danny Tenaglia.