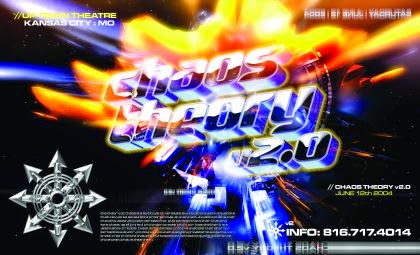 The dictionary definition of chaos is turmoil, turbulence, primordial abyss, and undesired randomness, but scientists will tell you that chaos is something extremely sensitive to initial conditions. Chaos also refers to the question of whether or not it is possible to make good long-term predictions about how a system will act. A chaotic system can actually develop in a way that appears very smooth and ordered.

"Physicists like to think that all you have to do is say, these are the conditions, now what happens next?" -Richard P. Feynman

This month's spotlight party for the Central MidWest is Chaos Theory v2.0 : The Anomaly. After the huge success of the first Chaos Theory in March of 2003 by the up-and-coming promotion group PhukBed Entertainment. According to them, last year's attendance was more than 1500 people. This was quite a mark to make on Kansas city since there had not been a party with that many people here in a couple of years or more. Once everything was said and done, they knew that there had to be another.

Over a year later, this June 12, 2004, these guys have put together a lineup just as huge as last year's party. This year definitely promises to prove Chaos Theory accurate and be an even bigger spectacle than it's predecessor. If you weren't there, or for whatever reason, don't remember, drop in to the gallery. We have re-posted the photos from the first Chaos Theory! 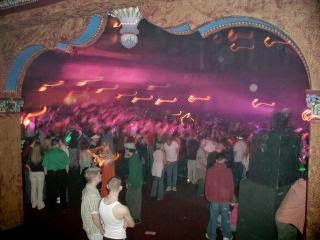 This all ages event will be held within the historic walls of the Uptown Theater. This beautiful piece of architecture that graces the corner of Valentine & Broadway in MidTown Kansas City, MO has played host to more superstar acts than could possibly be listed here, going all the way back to the 1920s when it was stage home to one of the entertainment industries finest comedians, Bob Hope.

There won't be many jokes floating around, but I'm sure that there will be as much of a general air of happiness. There are definitely some treats in store for those planning on attending. As PhukBed Entertainment said, "This party is about giving the kids what they want."

One of he treats is the DJ Dojo. In a unique twist, the Red Bull Music Academy has setup the DJ Dojo in the smaller bar area on the second floor, just down the hall from the Jungle Stage. The concept behind the DJ Dojo is to give everyone an opportunity to learn a little bit more about DJing through demonstration and hands on experience. There will be local DJs (refered to as Sensei) that will be there to provide various demonstrations and doing Q&As for about 45 minutes each , then people in attendance will be able to "touch and feel" what was being demonstrated. It starts at 830 pm and anyone can participate. Sensei for the evening will be Mike Scott, cQuence, SpinStyles, Sydeburnz, Atom Bryce and Johnny Treymayne. For more information, you can contact Will willc@afrodisiac.biz.

This is definitely going to be a party NOT to be missed. 6 Rooms, 4 Bars, full Lazer and Light show, massive sound system, friendly security, and over 30,000 sq ft of Chaos! Besides, you never know when there may be another this size to hit Kansas City, so don't miss out. 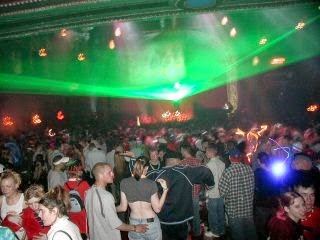 Tickets can be purchased directly from the Uptown Box Office at 3700 Broadway, Kansas City, MO for $21 or by calling 816.753.8665 or at DeepFix Records, just behind Gomer's at 39th & Broadway. Of course, if you don't mind paying TicketMaster's up-Charge you can always get them there as well. Those tickets won't last for long. There's only a few hundred, then the price goes to $25. If you wait too long, it is going to cost you $30 at the door.

The party may end at 3 am, but the night is still young, right? That is why Tonz-O-Fun has stepped up to provide for the official after party for those that just can't get enough beatz. Stop by for some great regional talent like RazorFM from Colorado, Brent Crampton & Lunatik from Omaha, Stan Doublin from St Louis, as well as others. Look for flyers at Chaos Theory v2.0 or for more information, call 816.223.3475 the night of the show.

After you've gotten some sleep, or even if you haven't, come on out to Loose Park, located at Wornall Road and 51st Street in Kansas City, MO for Chaos Theory v2.0 - The AfterMath, a BBQ-After-After-Party. It starts at noon and goes until whenever. BYOB and chill for the afternoon to some beatz with some old and new friends.

The owners of the venue and promoters involved in organizing the event would like you to remember that as always, smoking is limited to the NoWhere Stage and the 411 Stage. Because of restrictions in some of the artists contracts, no cameras will be allowed unless you have applied for and received press credentials. Candy jewelry will be allowed, but no edible candy, and no backpacks. Also, please leave the drama home with your mama. Respect the venue, the people and yourself.

The main stage, setup in the Main Theatre area, will feature a sound system used by some of the best clubs in the world, Avalon Sound System.

Playing with that sound system for the evening on the Main Stage will be: 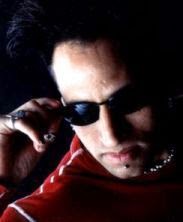 Joey Beltram (NY / STX, Tresor)
This is definitely a name to be known in the international musical community for the new millennium and currently on his CD Release Tour. Drawing inspiration from the raw, electro-driven beats and kinetic energy of the 80s, this Queens born and bred DJ and producer later paved the road for the Techno and Darkstep revolution. After 7 long years this living legend has returned dropping the bass once again, you don’t want to be the only kat that missed this one!

Josh “The Funky 1” (Chicago / Funktion Recordings, IHR, Mix-Connection, Fused)
www.TheFunky1.com
This is Josh's House Funktion 5 CD Release Tour. Hailing from the home of House music, Chicago, this 12 years veteran blends a unique style of funky house, tech-house and breaks, while incorporating scratching and turntable tricks. This is the headliner that rocked the party at the original PHREAKZ!, and has returned for round 2, this time determined to level the joint.

Originally, the flyer indicated that Shandi would be playing the Main Stage of this event. Unfortunately for us, because of commitments that were out of her control with her new career after finishing 3rd in the reality TV show "America's Top Model", and a recent relocation to New York City, Shandi will not be playing this event. Maybe next time. Sydeburnz was brought in to fill her time slot.

Located on the top floor and one of the two areas where smoking will be allowed, will feature: 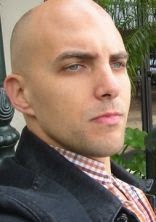 Nigel Richards (Philadelphia / 611 Records, AM Only)
www.NigelRichards.com
This man is more than globetrotting DJ talent with a few Mix CD's. He is a bona fide entrepreneur, who's devotion to DJ culture has spawned one of America's most respected record labels, 611 Records. Though Nigel's talent and determination have made him one of US dance culture's most important figures, all signs indicate that Richards' best is yet to come. Check him out, this may be the night. Techno... enough said.

Chris Close (Oklahoma City / Positivenergy Music, Jedi clan, Subterranean)
Rocking the Midwest time and time again with every genre known, Chris is sure to deliver here in KC. Please welcome him on his freshman visit and prepare to be rocked like a hurricane!

Lincoln native and KC newcomer, Wizzo, is already climbing the ranks and gaining popularity. With a little more than 3 years in, WiZZo has already made a buzz locally and regionally, and now is ready to throw down at the uptown!

Johnny Tremayne & Tony Markum (KC / Phuk Bed, NORML)
Every time Johnny and Tony step behind the decks, the only thing anyone can ever say is…DAMN! These two have an uncanny ability to move the crowd like no other. City after city, party after party, these two will leave you speechless time and time again!

Matthew Brian (KC / Deepfix Records)
Spinning a beautiful mix of deep soulful house, Matthew Brian is an esteemed recent addition to the KC House scene. Come check out Matthew Brian, as he throws it down and represents for the deep house crowd.

In the Valentine room, located on the 2nd floor, has been the Main Stage at recent events such as "Awakening". Featured DJs on this stage will be: 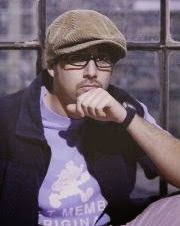 Freaky Flow w/ MC Flipside (Toronto / Topaz Records)
www.FreakyFlow.com
Freaky Flow, Toronto's Drum n Bass Assassin, and Flipside are raw power on the stage. Freaky Flow and Flipside have quickly become the most sought after North American DnB act in the world. With such impeccable beats and rhymes that the two project, it's no wonder. With numerous projects on the horizon, Flipside will push forward with his DJ into the future creating nothing but junglistic mass destruction!

Soul Slinger (Brazil / Liquid Sky)
Born and raised in Sao Paulo Brazil, Carlos Soul Slinger now residing in the US, has been responsible for some of the most forward-thinking music to emerge from the New York City underground over the decades. As well as working in conjunction with Greenpeace, Soul Slinger organized ECOSYSTEM, the original 4-day mega music, human rights and ecology festival in the Amazon Rainforest! Don't miss his first appearance to KC for some of the craziest jungle beatz you have yet to hear!

Game (KC / Ritmo, Suburban Loops, Afrodisiac)
The two overlords of the KC Jungle scene come together to form an entity colder than ice and packed with enough explosive tracks to take out 2 city blocks of haters! Recognize!

Gaia (Wichita / Jungle Recon)
This Jungle beauty isn't playing around. She comes on strong, and isn't afraid to get dirty and seduce you with her dark and heavy beatz.

Scenario (KC / 90.1, The Loop, Afrodisiac, Tribal Gear)
The Official KC Jungle Ambassador, Scenario, has been pushing the KC jungle scene since his arrival from the West Coast. As Master of Ceremonies for the evening Scenario’s got the flow that will take you for a ride all night long!

Milo vs. DJ Blue - 2x4 set (KC / 4 Corners, Chakra)
Blowing up quickly, these two represent the next generation of Junglists in the Midwest. Coming as hard and as heavy as they can, they push the genre to its limits, pulling out every trick in the book. Don't miss an amazing set on 4 decks that is sure to raise the bar!

Located in the NoWhere Lounge which is on the ground floor of the Uptown Theater building, near the main entrance. It is one of two designated smoking areas within the building and will be throwing out some beats of it's own as well with: 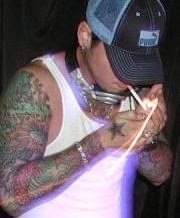 C-Vaughn (KC / 96.5 The Buzz, Aphrodisiac.biz)
A visionary in his own right, Collin is taking Kansas City to the next level and he knows that the electronic music is the key that will open the door. So you better watch out Kansas City because it's on!!

Mike McGrath (KC / DPL United)
Mike is one of those DJs that can only be truly appreciated live. His sound is distinctly fat. Bass lines tower over the mix while tight, precise beat patterns perform polyrhythmic rituals around them. The result is an almost perfectly balanced set of some of the best 2Step!

cQuence (KC / Deepfix, The Cup & Saucer)
Kansas City's First Lady of Jungle, cQuence has been pushing the KC Jungle scene relentlessly week after week. This chic is larger than life, blending chaos and order; she takes the crowd on a wild journey into the darker side of life.

4Star (KC / Tonz-o-Fun)
The newest kat to step on the KC jungle tip, but make no mistake…he ain't scurred. He's prepared to show you what he's 'bout, 4Star is sure to blow it up!


view photos from this event
by jusTodd