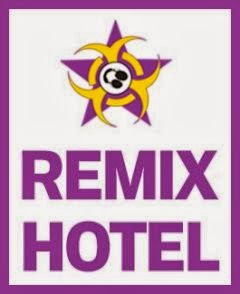 "Los Angeles is a key market for young and up-and-coming music producers, DJs and musicians," said Remix Magazine's Associate Publisher Joanne Zola. "We are excited to bring the Remix Hotel to their backyard! In addition to Musician Institute's 1300 active students plus alumni, we are expecting record crowds this November."

The event has already successfully been held in a number of major U.S. cities the past few years including Chicago, Miami, New York and San Francisco. MI is home to students whose ultimate goal is a career in the music industry. Remix Hotel Los Angeles, meantime, will add to the curriculum by featuring panel discussions with industry leaders including artists, producers, music supervisors, project and commercial studio operators. Subjects include Music for Film, TV & New Media Technologies, Women In Music, Record & Radio Production in the Digital Age, How to Make Your Music Sound Great, and VJ's & DJ's: Breaking New Ground. Panelist info will be announced shortly at RemixHotel.com.

“It’s one thing to have a two-dimensional experience learning about music production and performance" said Remix Magazine's Editor Kylee Swenson. "It’s another experience entirely to interact with it. Our Remix Hotel events are the 3-D version of the magazine. Whereas DJs, VJs, producers, engineers, bands, artists, etc.—as well as our writers—deliver a lot of information about making music in the pages of Remix, at our events, you can talk to those people in person and ask your own unanswered questions. The Shocklee Entertainment group, founded by Public Enemy’s original producer Hank Shocklee, always brings the best celebrity and industry experts to answer the audience’s most burning questions, from the technical side of making music to the business side.”

Remix Magazine serves to educate it's reader about the latest in music technology and has been in existence since 1999, while Musicians Institute launched in 1977 as a guitar school and bills itself on its web site as "The World's Most Innovative School of Contemporary Music."

"When MI started as a guitar school, recording technology was still in the hands of the professional engineer, " according to MI's VP of Programs Keith Wyatt. "Home recording technology and electronic music were in their infancy, and a musician was defined as someone who played a "real" instrument. In the years since, digital technology has brought professional-level recording to the masses, along with a host of instruments that wouldn't previously have been recognized as such, from the turntable to the virtual synth. As musical capabilities and definitions change, music education also has to change to keep pace. Guitar is still the biggest single program at MI, but many guitar players now produce their own recordings and create their own rhythm sections inside the computer. At the same time, MI offers recording programs that encompass both traditional pro studio and electronic music, and our keyboard program is less about the black and white keys and more about how they can be used to access a whole universe of sounds. For those who associate MI with a certain style or tradition, this event will probably raise some eyebrows, but for the students who are currently attending the school it fits right into what they're already doing."