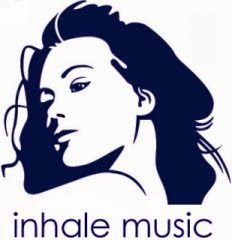 an interview with Inhale Music Texas Static ~ by todd

So, tell me a little bit about what your business is.

The name of my business' are Inhale Music TexasStatic. I started Inhale Music in the spring of 2003 to release house music that I love. For now it can be bought at Stompy, but a vinyl release is scheduled in 2005.

TexasStatic is a web site I created in January 2005 to showcase everything that is texas house music. We have mixes, bio's, dj of the month and live dj mix sets from myself and random live set from 'big' name dj's including John Walker, Don Tinsley and John Hawley.

Wow... 2 businesses? I have trouble just being freelance. So, tell me... is Inhale Music dedicated solely to House, or is that just your primary focus?

Primarily house, but I am interested in DownTempo, Jazz and Hip-Hop in a pure form... meaning no GangstaRap. It's not that I am against rap, but that is not what Inhale Music is about. I am hoping to get music from all the above mentioned genres. I would like to release a Jazz LP, but as of right now I am still looking for the time to focus on such big project.

So, tell me about some of the DJs artists that you have listed on your site. I know a few of them, but there's a couple that I have not heard of. Are they Texas locals?

Well, actually the artists on Inhale are not Texans. RoseRoice is a duo from france, and DJ Dragon is from Phoenix. Just Jason is from Florida he has releases on Blockhead and other more established labels coming out soon. Jimmy C is from Springfield, Mo! (in your back yard up there), Dope producer, has stuff on Headset Recordings.

Kewl! Do you have any new releases coming out in the next couple of months that you can tell us about?

Well, I will be releasing a couple projects with another producer on Inhale soon. Other than that, I am organizing the second UndergroundHouse.net meet up party. It is in Austin, TX again and I along with an awesome group of guys in San Antonio, Choice Sound, are throwing this event, but it couldn't happen without all the DJ's throwing in. A collaborative effort for House music in Texas, February 12th at Sake on 6th street in Austin, TX. The Headliners are Jonene (Safe in Sound), Joey Youngman (Fetish Recordings), Spettro, Steve Balance, Ken Lui, Kelle Marie (Grin Music) and John Walker (Fair Park). This show will be bad ass!

I am starting to focus more on DJing. I haven't really DJ'd seriously in over a year and half. I am back in the saddle now and have a couple gigs in February, three in March, with gig swaps in Dallas and St Louis coming up this spring so my DJ schedule is going to be popping again soon.

Well, you will definitely have to keep us up to date! So, tell us... is House really that big in Texas. I know the Electronica has definitely carved itself a niche in popular radio, so there is obviously a following, but how are the events down there? How do they contrast with those you remember in Kansas City?

House is that big in Texas, if you do just a little research, you can see, when house was making it's first waves in Chicago, Dallas was right there behind it. Since then, Dallas, Austin and now San Antonio is making defintitive step is the future of house music all over the world. Places like Austin and Dallas are definitely at the forefront of the Texas house music scene.

As far as Kansas City goes, well, I made my bones there, I found propper house music there and the heads there are true. I am not going to mention names but there is THAT group of guys that has really, really put Kansas City on the map globally. No way I would be able to what I am doing without having been a part of the K.C. scene and my best homie Xan Lucero, period. The main difference is K.C. is only one city, with a small scene for proper house music. St.Louis is great too, but as far as comparisons between K.C. house scene and the house scene in Texas is, down here, all the promoters in all the major cities work together, no one group of people decides what is good house music or who is worthy of being booked. We have big shows here, we have small weekly events with global DJ's and producers visiting every week, but the great thing is, the cats in Dallas are booking that same person too, so we work together, that is what house is about, not cornering the market and cutting everyone else out of the pic......that is the main difference between scenes. Nothing really to do with the heads, more to do with promoters in more than one place making big things happen.

It sounds as if Texas if keeping the faith alive. Let's step away from that for just a moment and talk about Texas Static. I noticed that it's still mostly under development. How's that coming along? Even though you are already "live"... when do you expect to have the site fully functional?

Actually, it is up now. I have the DJ of the month page ready. You can get a mix there. I have also added more info to my personal page as well as the flyer page for the meetup in austin Feb 12th. The page with links to mixes is being complied still, there will be a few to choose from real soon.

Very cool. We will definitely have to stay up to date with all of that. Is there anything else you want to let our readers know about?