way back with tlc in kc 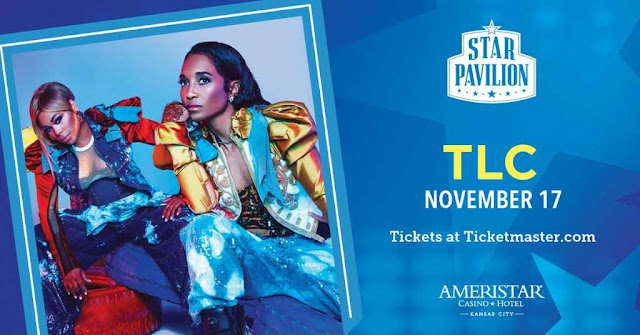 We caught up with these girls back in the 90s, after the release of their second album "Crazy Sexy Cool."  They were a little different than the regular variety and showed some promise.  There was so much good music coming out during that time though, we kind of lost track. 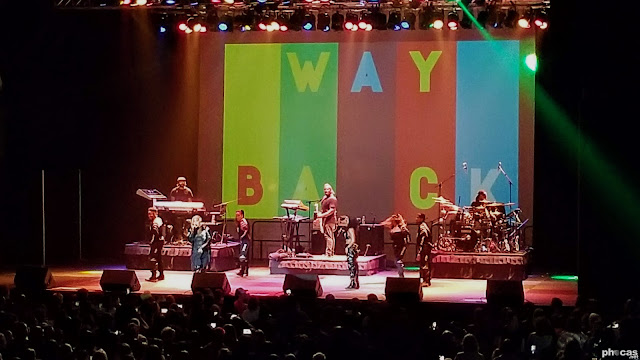 Offered a pair of free tickets to their show on Saturday, we jumped at the chance for a little flashback fun.  It was a good show too, with performances of all of their top tracks from way back then, peppered with a few others from their latest release.

The girls voices were as good as ever, along with the voice of Lisa Lopes aka Left Eye dubbed in spirit on all the necessary tracks.  It was about an hour long show, with back to back tracks, and a sprinkling of commentary from the performers.

Ending the show, they came to the corners of the stage and signed autographs for anyone and everyone that came up.  Just about everyone at the show must have left with their signatures.

The venue was generally good.  There really is not a bad seat in the house, some only marginally better than others.  We were way back on one of the risers.  In fact, all the way back. The sound was good and visibility probably as good as anywhere in the room.

Safety is whole other consideration. The venue should probably look at doing something to stabilize the risers. They swayed from folks simply walking up the stairs and felt like a trampoline, when full of folks on their feet dancing, of which accounted for 95% of the crowd.


The sway was probably not so bad near the bottom.  At times, the upper half continually felt as though it might collapse.  That small bit of terror in the back of my mind, coupled with the dancing drunk girl next to me, flailing her arms about, kept me relatively pinned down. 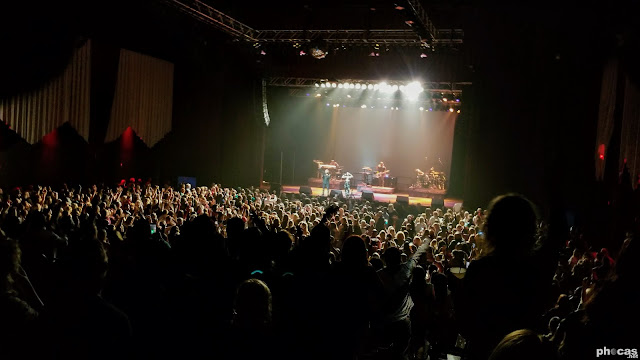 Capturing photos and video was a small challenge in all the action.  As well, I am finding I do not particularly care for how the S8 does in low light.  The less light, the less it performs.  There are a few more photos than just those in this post.