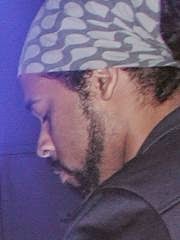 Who are the Hip Hop Addicts?

We’re a group of MCs that originated in Southern California. The other members are Hijinx, Acre Antics, and a homie of mine that passed away a few years ago named James Martinez who we called Menace1. Since moving here there’s a new breed of Hip Hop Addicts. It’s me, Drastic, Archaic Academy, and Hands Off as well as our producers Beat Broker and Spinstyles from Breakbotix.

What are you trying to bring to local hip-hop?

I’m trying to bring something new, something innovative. A breath of fresh air. That’s why I called my new album “Different Than You”.

I think that the local scene is mostly on life-support, just trying to stay alive. To get heard nationally you usually have to compromise. I mean it’s a matter of what kind of music you’re trying to put out there. Stay clear of gimmicks and shock rap. You want to be known as an artist with substance.

As is common for local music, distribution is difficult. Where would I be able to purchase your CD when it drops in late February?

You can get it at any local hip-hop store. Also at Lovely’s here in the city and 816 Skateboards in Lee’s Summit. 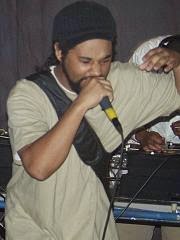 Are you planning on touring this album anywhere?

Most definitely. Sometimes that’s the only way to get your music outside of the area. We’re gonna be calling up venues that we know play hip-hop and try to get booked all over.

Be your own leader. Listen to music you can feel and connect with. Be yourself. You gotta be an individual first. Lots of kids are trying to be a part of the local hip-hop scene because they all want Bentleys with 24-inch rims. But they aren’t doing it from the heart. I say I’m a hip hop addict because I am. I love the beats. I love the words. It’s what helps me get through the stress of work and relationships. That’s love. And that’s all that really matters.

Scoe also wants you to know: Look out for the Leroy Chilifoot and Dante Everglade EP due out late 2004.
zine.v1.stories