Hearing that they legendary Willie Nelson would be in town again, the decision was made to make the pilgrimage out to have a listen one more time, in spite of the growing concern surrounding COVID.  Tickets and precautionary measures in place, the night proved a fantastic evening of flashbacks and introductions.

Arriving in time to catch the opening act, disappointment at conditions surrounding entry delayed the situation. The coordination by staff at the venue was clumsy at best, and undoubtedly not COVID aware or sensitive.  A full house of people, which appeared to have arrived all at the same time, were mostly unmasked, crowding through two entry points. 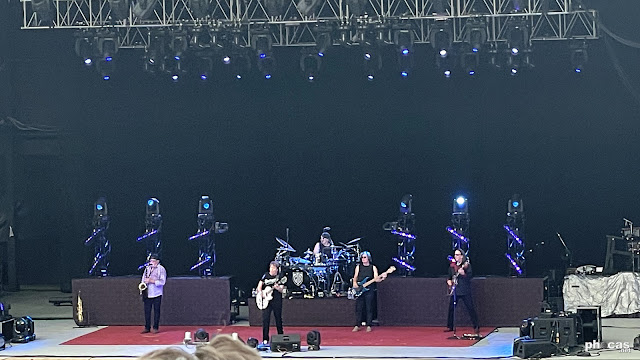 Seats were located and secured just in time to catch the last tune from George Thorogood and the Destroyers, followed immediately by a quick set change.  Although it had been quite a few years since catching the act, he played as his electric-slide-blues style as good as ever. 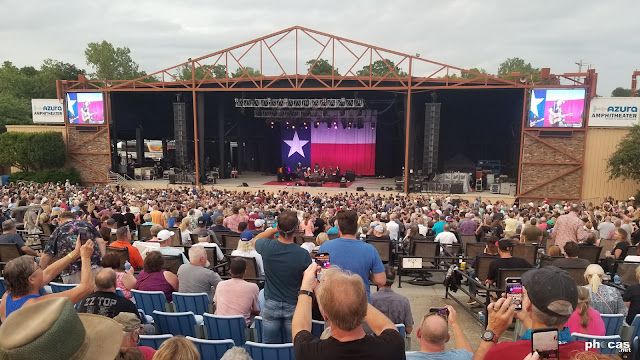 Willie Nelson & Family took the stage next.  He was accompanied by his son Lukas, his older sister Bobbie, and a cast of a few others that we failed to take note of.  They played exceptionally well together, as always.  Bobbie can still play hard and fast on the piano, and  has always been the perfect accompaniment.  Willie seemed a bit tired in the August heat of Kansas City though, and Lukas split most of the track time with him.   He is on his way to making a name for himself, for certain.  On a few tunes sounded eerily like his father, but appears to be avoiding leveraging that voice, except when absolutely necessary. 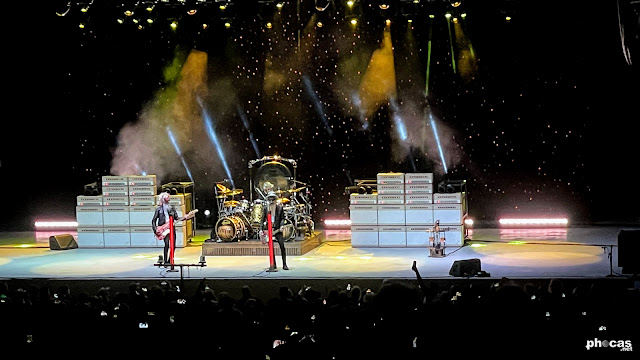 ZZ Top finished off the night with their full catalog of popular tracks, minus bass player Dusty Hill, who had just passed the week before.  He was replaced by their guitarist Elwood Francis, at the specific request of Dusty, just before his death.  He insisted that the show must go on, and it did.  They pounded out the tunes flawlessly, leaving the audience cheering for more.