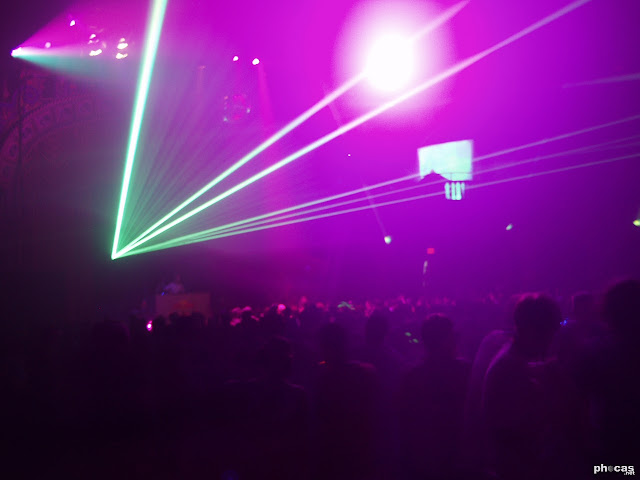 Quite a variety of events took place in June 2004, including a huge festival out at Clinton Lake State Park, the grand opening of a new club, and a return of Chaos.

It all started out in the farmland of eastern Kansas near Lawrence at the TribalVision ranch, where a dog pile of local and regional DJ talent kept everyone on their feet dancing through the night.

The next night Chakra hosted a variety of talent from DJs, burlesque dancers, and a prohibition-era Jazz band that played some wicked hot tunes.  All of this towards helping promote the club as a new spot, and a certain cigarette company. 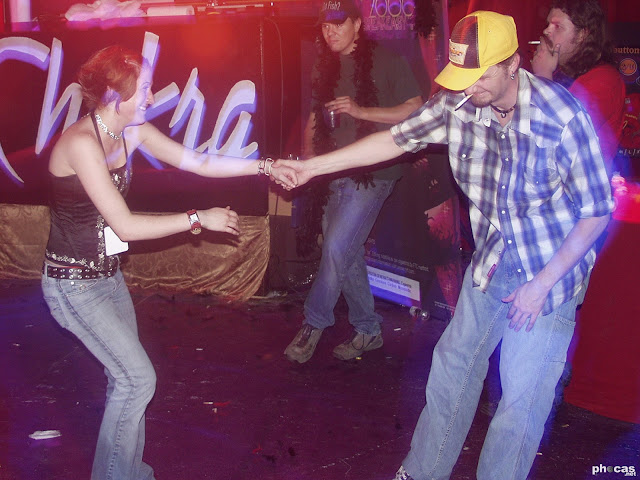 All was quite for the following week though.  Everyone was saving energy for the swirl of chaos that would engulf the Uptown Theater.  The second version of the successful Chaos Theory event from the previous year went off as huge, if not, more so.

More chill time followed that event, as another followed directly in the path the following weekend.  The first version of Wakarusa completely consumed Clinton Lake State Park, with a huge lineup.

Meanwhile on the same night, Joe covered another fairly large event down at the Madrid. The Drum Diaries US Tour landed in town, and looks to have been quite a bit of fun.  I was sorry to have missed that one, but then I would have missed Wakarusa! 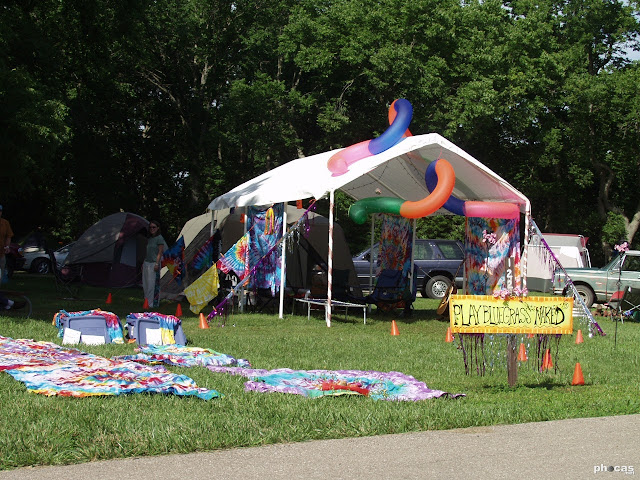 Everything kind of slowed down a little at that point.  We dropped in on a couple of random events.  NuSkool had a BBQ, and a group of folks from the local music scene put together a benefit at for a local girl needing medical financial assistance.

Along with DJ Solaris, I played a little party down in the west bottoms. He also accompanied my in my quest for car keys out in Wamego, Kansas.  We were on our way to an event out in a farm field nearby that Joe had already been at for most of the night, "Bangin Under Stairs." 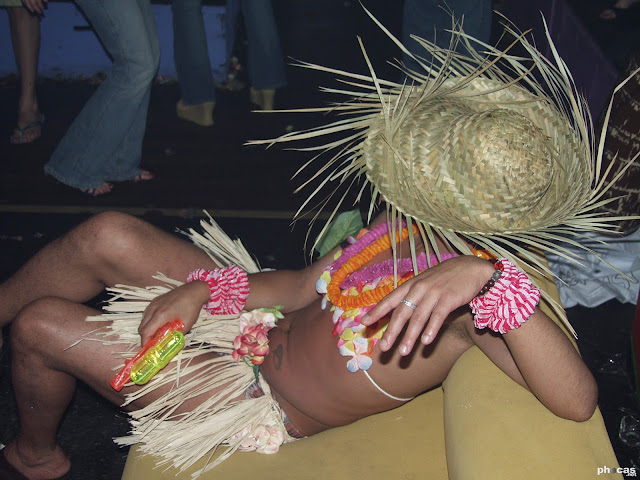 Another themed event at the Empire Room closed out the month, with a little mid-summer Luau.  There was not quite the level of participation as had been with the previous pajama party, but still quite a good crowd.

All of these events are restored to the site now. You can learn more about them through their respective event post, or scan through all of  the events recently restored from June 2004.
backstory