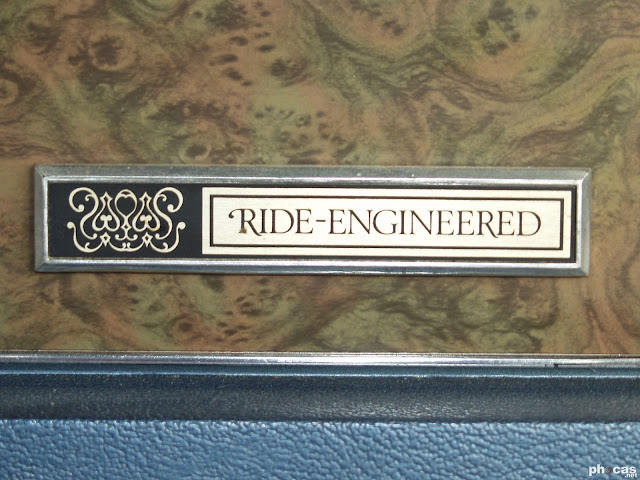 May 2002 started off with a visit to the annual Polski Day celebration, and the 20th anniversary of the same.  It was likely the best of all that we attended, setting the standard for all coming before, and those after.  These days it is but a shadow of its former self.

Joe and I jumped in the car with a friends for a little road trip out to St Louis to check out the infamous DJ Keoki the following weekend.  He lived up to his reputation and played a fun and energetic set, seeming to really enjoy himself.  Chatting it up a little after his set, he proved to be as eccentric as imagined, but not in a bad way. 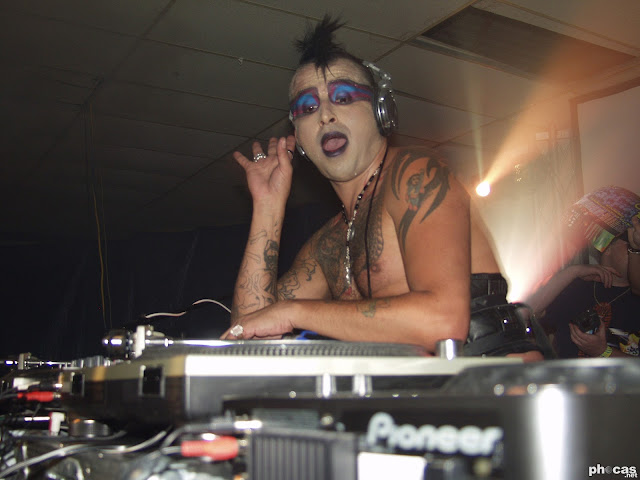 I didn't bother with going out again until Monday, when I dropped in on the weekly Evolution at Davey's Uptown. TJ and J. Phoenix from Lawrence traveled out to put on a little Live PA for folks.

Hiding away again for the rest of the week, I got bogged down in some other work, but was saving energy for Friday at Kabal anyway. It was a good thing I did too.  Derrick Carter turned the place inside out, keeping the dance floor grooving until they had to be forced out. 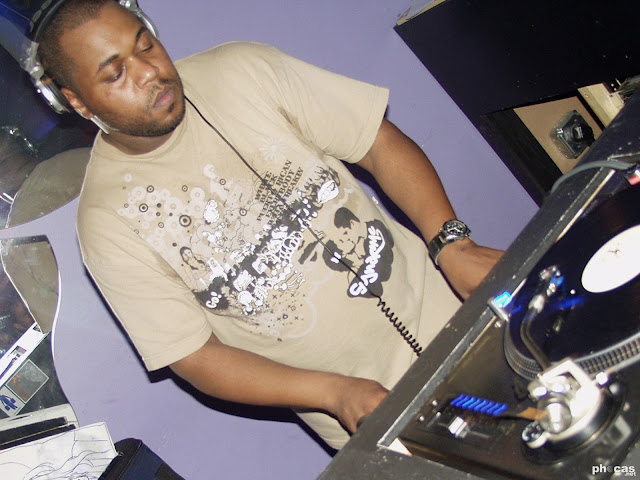 Meanwhile, down at the Madrid, Joe paid a little visit to the first Liquid Buzz Appreciation Party, a free event at the Madrid that brought out all the kids who couldn't make it down to Kabal.  They had been strictly 21 and over ever since the party we through there earlier in the year.

The next night found us bidding farewell to a couple of close DJ friends, Velvin and Shandi.  They were heading to New York to seek out their fame and fortune.  Shandi had a bit of a head start though, from her recent participation in America’s Top Model.  Velvin was close behind though, and so far as I know, still chasing the NYC dream. 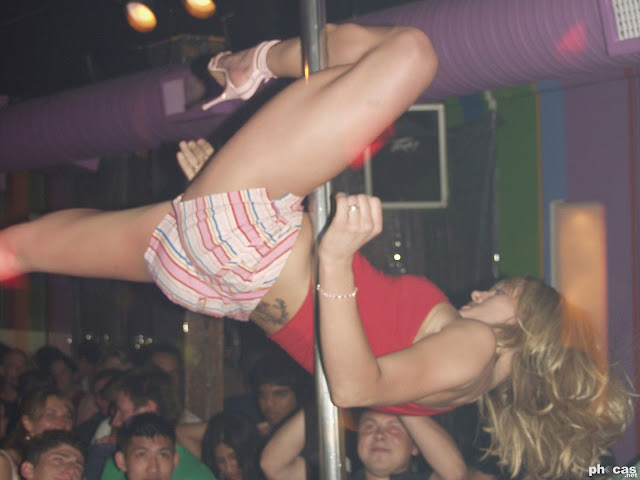 The Monday BLO party came along just after that, finally beginning to really turn out.  When we first dropped by this event, it seemed they were never going to get anyone to come out on a Monday night; now, it seemed everyone was.

We dropped in on a different sort of show at Harling's Upstairs the previous week, featuring soloist Jonathan Ramsey playing some Irish favorites and quite a few others, with that sort of twist. Deciding decided to make another stop by the place to see if it was just as good, we were not disappointed in the least.  He really puts a great show and really can definitely belt out a tune and get the crowd involved. 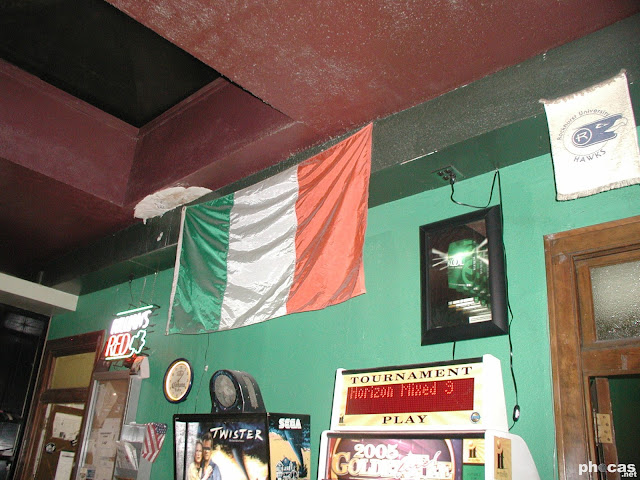 The Queens of the Underground took center stage a few days later in Omaha, and Joe and I hit the road along with several others from KC.  The lineup featured some of the best lady DJs in the Midwest, dropping some of the baddest tracks all night long.  It was an impressive show, and something nobody has been able to pull of since, or tried, really.

That must have taken a toll on me, since there was nothing for that Saturday.  Monday held an event not to be missed though. The BLO Pajama Party brought out everyone that had been lounging around.  Lingerie and night shirts littered the dance floor. 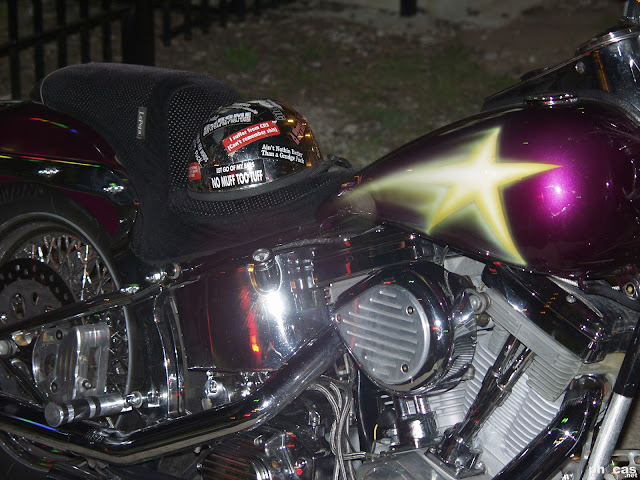 A night at Knuckleheads Saloon was an interesting distraction for that Friday, as something a little different to change things up.  I did not want to get to involved in much of anything since I was heading off the Springfield with DJ Solaris, for his gig at Hex. That was quite a bit of fun!

I ran off to the lake for the week after that, and apparently a lot of other folks did too.  Kourtney covered a little show Syde-Sho event down at the Stray Cat called Under Construction.  It looked to be a lot of fun, but attendance definitely suffered at the hands of a weekend of perfect weather. 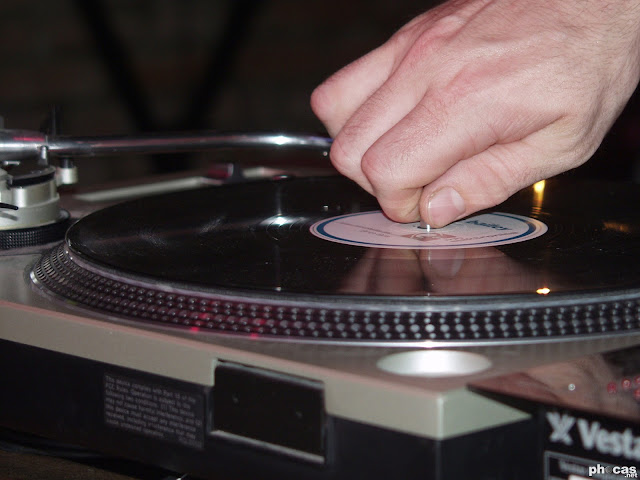 Returning just in time for a a little collaboration event DJ Two Heavy and I put together at the Empire Room, that seemed to be somewhat affected as well too.  There was a decent turn out, but definitely nothing compared with other Mondays in the month.

All of these events are restored to the site now, and you can learn more about them through their respective event post, or scan through all of  the events recently restored from May 2004.

We traveled a bit more the following month, but mostly stuck around KC.  There were some shows that were not to be missed. 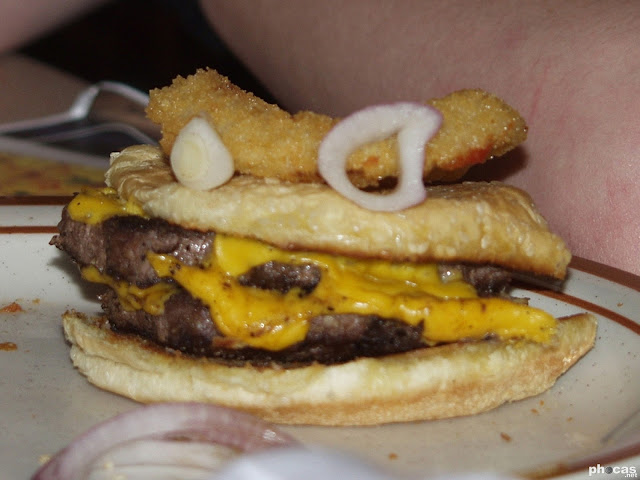