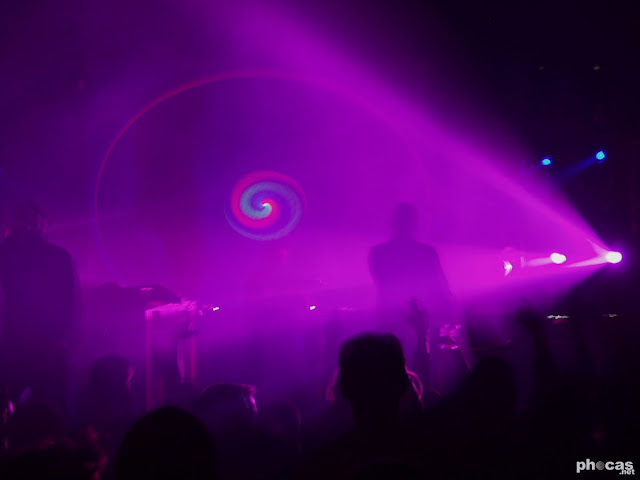 The change to a publication format was well received, and we only stepped back the number of events photographed slightly during February 2004. The 12 events photographed during the month were huge affairs though.  Everyone seemed to be celebrating something, and it was the final month of carnival. 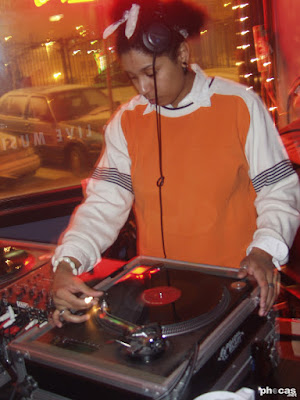 It all got started with a great little celebration at The Cup & Saucer.  Wednesday Perk had hit the 2-year mark, hosting a fantastic lineup of local talent, along with a great show of support from the community.

The Empire Room also hosted a little blow-out celebrating their recent remodeling, with an equal level of excitement.  Local DJ Bill Pile kept the dance floor packed most of night.

He and Steve Thorell had that effect on things though.  Fridays at The Point were rarely disappointing, their weekly party in the basement.

Although not quite on the same level, I played a little set down at Evolution, which was quite a lot of fun.  It was definitely not of the same caliber as events that came before it, and paled in comparison with that coming for the remainder of the month.

Out in Lawrence, the hugely anticipated "Phuk Luv" went off fantastically.  Joe covered the opening sets, which gave me a chance to have a chat with Ming & FS, for publication in the March 2004 issue.  It was a great opportunity to talk with them about their work, as well as getting a few of their thoughts on the music industry. 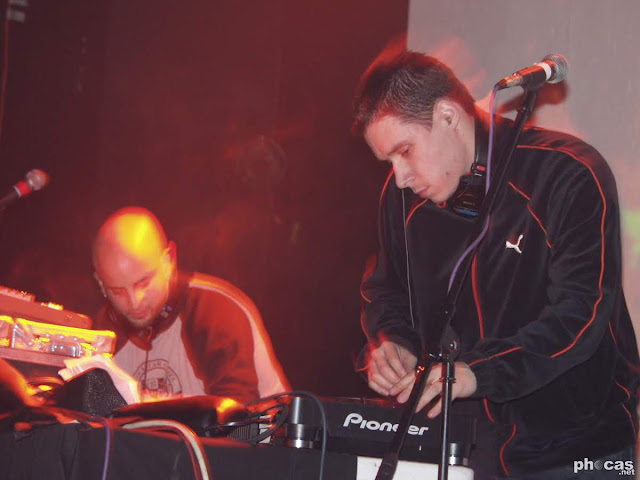 Almost immediately after that, we left for New Orleans and Mardi Gras. Not just for that controlled chaos though. Another anniversary was happening. Zoolu, the annual rave at the State Palace was celebrating their 10th with the usual massive line-up over two nights. Packed on both occasions, it was an intense spectacle full of some of the best EDM from around the country, and the icing on the Mardi Gras cake. 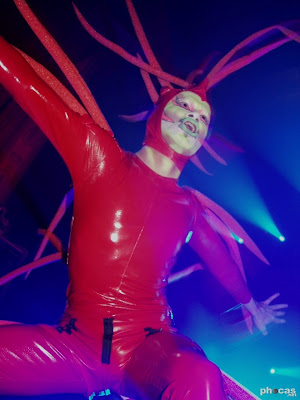 The day after returning from that otherworldly dimension, Kansas City stepped up to offer the first of many wild nights at the Stray Cat. A funky little old theater from decades gone that used to sit where the Spring Center is now, Audacity turned the place inside out and upside down, with a full house packed and dancing hard all night long.

Meanwhile in Memphis, Kourtney was covering a peformance by Lawrence local DJ Bobby Duracel. He had picked up an opening slot for the D:Fuse show there, "How Memphis Got Its Groove Back," which looked to be quite a lot fun.

We were getting ready to turn things up a notch in March too. Flying down to Miami with DJ Solaris, we arranged to get into as much trouble as we were capable of, the first part of March. St Patrick's Day arrived in Kansas City too, and Frisky moved to Fridays, among various other events of interest, soon to be restored.
backstory