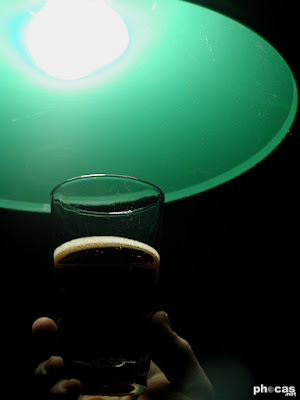 The first anniversary of the beginning of this adventure came along , but there was no big celebration, party or otherwise.  I had not even noticed that it had been a year, until that very day.  It had been a wild ride across the scenery of underground dance, music, and performance in Kansas City.  I pondered whether to continue to or not, briefly.  There were so many good events on the horizon, and everyone seemed to enjoy the site, the photos, and what I was looking to accomplish.  Turns out, I was documenting a strange sort of history that nobody else knew about, outside of these circles.  Nothing else like this existed like this at the time in the Midwest.

With these thoughts swirling around my head that I headed out the door to Lawrence, on the night of this first anniversary.  I was going to check out Something Cosmic at The Pool Room.  I can’t really recall who it was that was playing, even after looking through the photos, but they were significant, and I remember that it was one hell of a set.  If anyone remembers, post a comment!

The second year began with a fantastic performance at Davey’s Uptown by a newly formed electronic duo calling themselves ebon.  That was just a warm-up for their Live PA performance later in the week at The Hurricane (now the Riot Room).  These two spots found their way on the agenda several times during the month.  Indeed, the day after the first ebon show found me back at Davey’s for the gothic band, Bella Morte.  They played a good show to a small crowd at Davey’s, hammering out tune after tune incorporating various elements of metal and synthpop.  The day after that Liquid Buzz hosted Rick West down at the Hurricane. 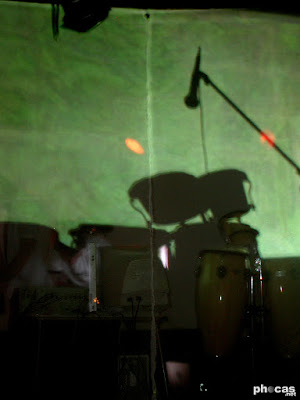 Likely one of the most significant events of the month was the re-opening of the basement at the relatively new Kabal Restaurant & Nightclub.  They invited me down to check out the place and take a few photos.  I was quite amazed at what they had planned and after some discussion, looked forward to being a part of their future.  This is the only club I fully documented from beginning to the bitter end, but as with everyone else, enjoyed every moment of it.

There was a return to Davey's for another show by the local performance troupe that hosted Submission.  Hosting their first x-mas special, a near full hose witnessed various fire-swallowing, oiled and bound escapades.

The month ended on a chill note, with a little New Year’s Eve house party in Topeka, hosted by 666 ZipCode Town Rekkids.  Invited to join them and play a Living Room set, I hesitated at first. I had not played any sort of records in quite a while, and lacked anything relatively new.  They were undeterred though, and it out to be a lot of fun as I loaded up an  eclectic mix of downtempo tracks from the 80s and 90s.

There is so much more I could say about these events, and will definitely return to their individual postings to elaborate there more, over time.  For now, all of the photos from these events are restored now, and accessible under December 2002 in the Story Archive.  Various notes that I had taken during that time show up there too.  If you have any thoughts towards any of these events, it would be good to hear your thoughts, if you were at any of these events.  Post a comment here, on the event, or get in touch if you would like to write about something in particular, more in depth... past ... present ... or even future.  Share your experience.
backstory