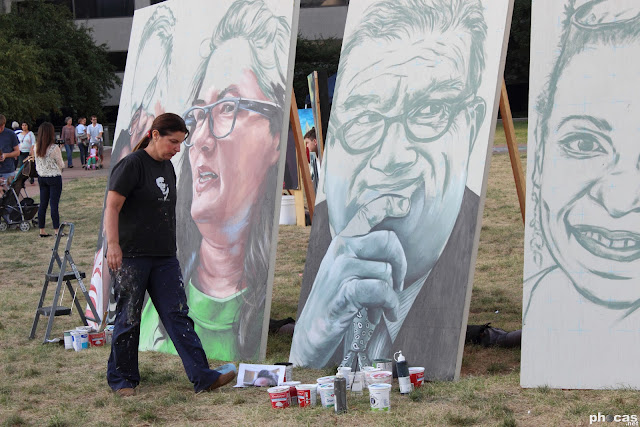 We took a walk down to KC Chalk and Walk Festival at Crown Center, hoping to see the promised focus on 3-D images. Sixteen blocks later Saturday, we discovered they were incomplete; that is, for the featured work.  A few of the other displays were complete; most of them were still in progress. The central theme appeared to be video games. 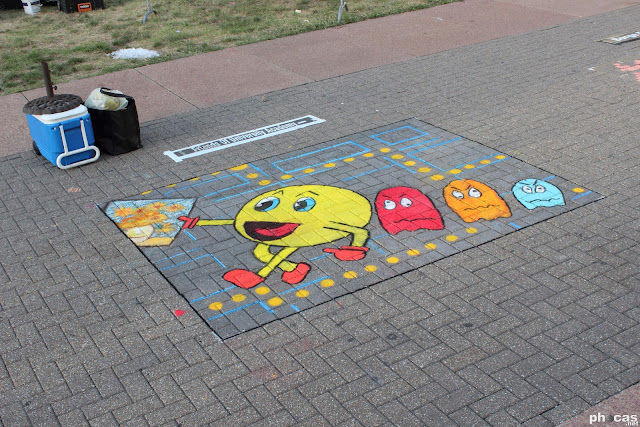 Houston-based muralist and chalk artist Anat Ronen was among the featured guests, along with 100 other artists showcased in the area around the Crown Square Fountain. Hundreds of kids and adults also left their mark on the event in a massive free-draw area.  A couple of food trucks kept everyone fed, and both days were perfect for those participating and viewing. 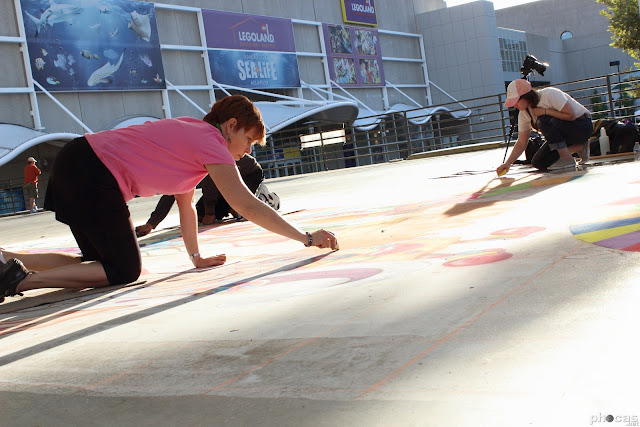 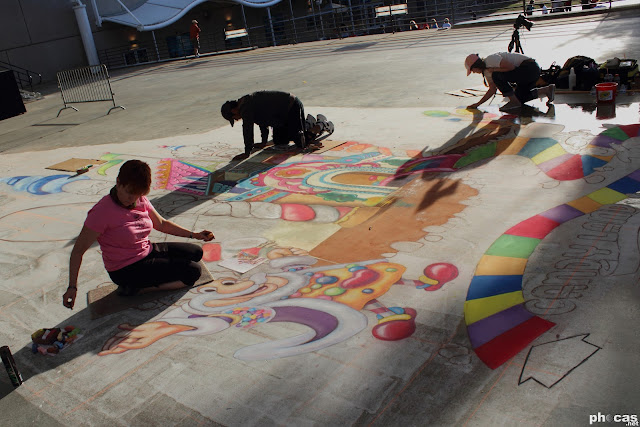 Returning Sunday near the end of the day, the featured works were complete.  I even found one that kind of looked like local House Music legend DJ Pat Nice.  I asked the artist about the similarity, but she pointed me to another guy that was the model for the painting.  He didn't look much like Pat. 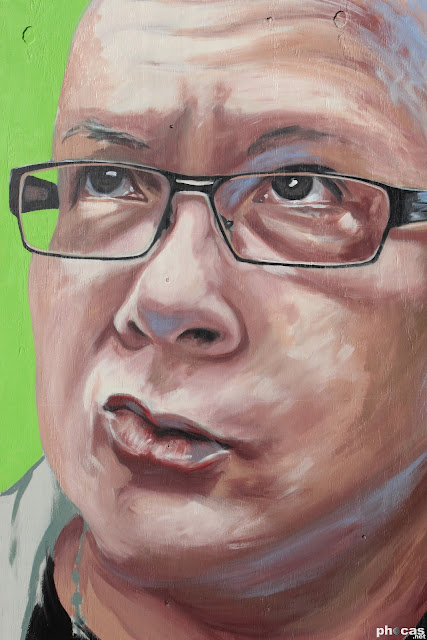