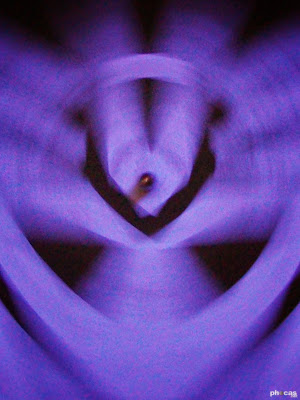 There was nothing particularly remarkable or super exciting about April 2002; that is, unless you count the events that escalated in excitement and caliber of talent.  Most of the events were centered around the 20th of April, creating a bit of an Olympics of Underground Dance Music during several back-to-back-to-back days in Kansas City.  It all started fantastically with with a CD release party for local DJ Booth at what was by now the standard for underground dance music, Club Evo's. The event turned out well, with nearly all of the notable local DJs showing their support, and just as many or more, dancing.

A few days later, one of two fantastic events hosted by DeepFix Records, that month turned out even more.  The second in the Designer History series featured two huge names in counterbalance with one another.  The entire night was crazy, with the main stage held up starting with local sounds from DJs Danny Ward and Joe K, before being taken over by Deep House sensation Tim Shumaker from Chicago.  Tim kept the groove moving along solid until my personal favorite, Techno giant Gaetano Parisio from Naples, Italy took the stage to roll out the rest of the night.   An additional room featured local up and coming Drum and Bass talent, Sara Lee, Ben Fuller, cQuence, and Krillin, along with Traci Dub, just in from Warrensburg.  Folks everywhere where dancing hard, sweaty and with an intensity rarely noted elsewhere in the city; a fine night indeed. 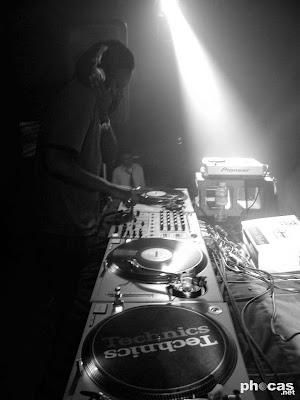 There was a brief intermission that lasted a couple of weeks, where there really was not much going on.  It was as if everyone was reserving their energy for the coming marathon.  In the realm of locally-produced underground dance music events in April 2002, Designer History 2 was only rivaled by another event produced by the same group, Soul Glow.  While the main talent was not quite of the stature of Gaetano Parisio, it was no less explosive, and to top things off, it was held on 4/20.  Joshua (IZ), one of the originators of the San Francisco underground sound whipped the El Torreon into a frenzy that night, after the likes of Brett Johnson and Demarkus Lewis from Dallas, along with relative newcomer Mark Shade, from Tucson.  A second room featured a different flavor that had been missing in many of my travels thus far; a set of broken beats from locals Soda, mdm, Ben Fuller, cQuence, and edw!n.  It was an awesome, dance-filled night, that nobody wanted to leave.

The date 4/20 spawned other events too. The night before Soul Glow saw a return to what I will likely continue to refer to simply as the ATM; not because of cost or anything like that, but it is shorthand, and the host will easily recognize it.  This was the second in a line of what would be rather infamous house parties, and the photos were quite a lot of fun, and I got chance to meet a few more new DJ faces, like Synnister and then NastyNate; later Frooky.  The day after that house party, but before Soul Glow, was another odd little even known as the 420 Olympics.  It is probably best to leave the line-up of activities for that particular show to the imagination.  There were a few photos, which are now relegated to the "randomness" album. 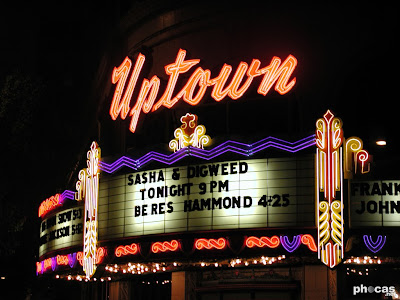 Two days after 4/20, Kansas City witnessed a massive event never seen before, and not since.  DJs Sasha and Digweed arrived for the Delta Heavy Tour.  The site was still not known enough to gain press access for this event, but we were definitely in attendance that night, and witness to and part of a dancing throng of nearly 2,000.  I had never seen that many folks in Kansas City dancing all at the same time, and it really was quite an experience.  There are only a couple of photos from out front that are stuffed in the "randomness" album too; there is also an amusing screen shot from the Uptown web site, announcing the event and performers as "Sasha and Bigweed."  You can find that in the "artifacts & oddities" album.

The remainder of the month was not quite as intense, but no less fun.  We returned to Club Evos a couple of more times; once to celebrate a birthday for local DJ Malcolm816.  That was a night utter drunken silliness.  There was also a return to the regular old Monday night full of cheap drinks and good music, which again, had become The Standard for Local Underground Sounds in Kansas City, at Club Evos; the quaint dirty little hole on the corner of James & Central we all loved so well.