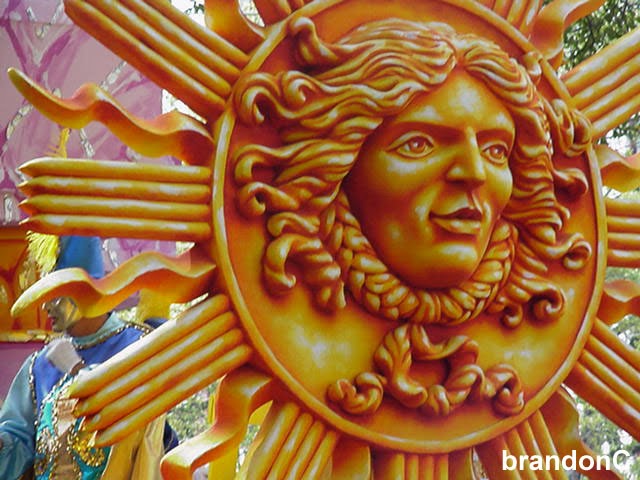 What follows is as accurate account as I can surmise. If somebody knows a better lie, please feel free to jump in anywhere. The people are real and are their own truth.

The inspiration for a project occurred at the most fitting place, among the Millennium Mardi Gras in New Orleans. A close friend and I had crossed half the US to be in what at first appeared a war zone. Indeed, taking our first exit in to the city of New Orleans, we were confronted with burning trash barrels. It was only the aftermath of a parade, but hundreds of people wandered the streets, as if there had just been a riot. It was a bizarre sight that we would later take odd comfort in being a part of.

“Flash” took the photos over that extended weekend of debauchery with good friends. There are only a few from the days leading up to Fat Tuesday, since he had to conserve floppy disk space on his Sony Mavica. There are lots of Mardi Gras day; a fantastic journey through seemingly endless cascade of parades and people. It was a whirlwind tour through chaos, starting with a Bloody Mary at Lafitte’s Blacksmith Shop, ending up joining hundreds in rattling our excess of beads to one of the best street beats that I have ever been privileged to witness. Numerous musicians and several hundred people grooved on what could only be called House - New Orleans Live Improvisational Jazz Style. Seeing, hearing, and being a part of that was an amazing experience and it was a fantastic end to a fantastic event.
backstory