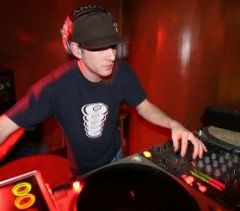 Psidream is commonly regarded as one of the fastest up-and-coming drum & bass producers in North America. His music has been supported by many of the world’s top drum & bass DJ's, including Andy C, Bailey, Ed Rush, Dieselboy, Zinc, L Double, and Pendulum.

Recently, Psidream has produced various releases for legendary UK label Renegade Hardware and its sub-label Barcode, most notably "Zero Hour", "Stomping Ground" and "In Effect", a collaboration with fellow Vancouver producer Pacific. Two more tracks with Pacific, "Hazardous" and "Afterburner", have recently been released on Rymetyme's highly respected 1210 Recordings. Other highlights include "Unsung", a collaboration with Shadow Law Recordings owner Mayhem, which was recently released on Optiv's Red Light imprint, and a well-rinsed remix of "808" by oS for Cymbalism Recordings.

Psidream has also been busy in the studio finishing some big remixes, including his rework of "Lost Contact" by hot up-and-coming producers Alliance for Incite Recordings, a drum & bass remix of "Audio Damage" by well-established breakbeat producer Future Funk Squad, and most notably, his remix of Dom & Roland's 1998 techstep classic "Trauma", slated for a 2006 release on Renegade Hardware. Psidream is also set to appear with two tracks on the next Shadow Law single, with "Faceless Witness" (his second collaboration with vocalist Mecha) and "Ready To Roll".

Outside of the studio, Psidream has been consistently headlining events for years, as well as sharing the stage with various top drum & bass DJ's including Fresh, Bad Company, Dom & Roland, Hive, Evol Intent, Marcus Intalex, Concord Dawn, AK1200, DJ Teebee, and Storm, as well as top acts from other genres such as Paul Oakenfold, Coolio, Crystal Method, and more!