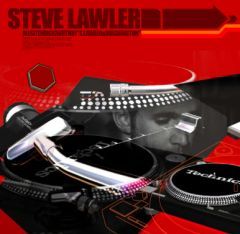 Justin Kleinfeld ~ World-leading DJ / music artist Steve Lawler has announced radical new plans for 2006, with his landmark decision to launch his new record label only online. Steve Lawler is to close down his physical Harlem Records, Harlem Trax and Harlem Electric imprints to make way for Viva Recordings – only online. Viva is Steve’s latest musical venture – the name of his hot new night on the new Space terrace in Ibiza every Thursday. Lawler’s Viva label will launch in January 2006, and he’s currently in negotiation with two major online organizations.

“This is the way forward for me as a record label. Times are changing so quickly, and I want to start 2006 by leading the way with how people receive and enjoy the music I release. I am excited by the proposition of only being online, which is where a lot of my music buying audience tend to live. The technology is now good enough for the sound quality to work for DJs, and I see this as a step forward to position the label at the forefront of not just music but also technology,” says Lawler.

Viva Recordings will follow the success of the Harlem Records labels, currently one of the most downloaded labels on the Beatport site in America. Lawler’s Hollywood remix of “The Skeleton Key” is also one of the most downloaded tracks in the history of the DJ Magazine DJ Download chart. Harlem Records itself has provided huge dance floor hits including the summer 2004 smash “I Can’t Explain” by Bombdogs (remixed by Lawler) and his own production “Illectronic Music.”

Lawler has announced that all his work from 2006 will be under the umbrella Viva. His hugely successful residency at The End will be renamed Viva Harlem Nights, his residency in Ibiza simply titled Viva Space, and a new residency in Europe to be revealed. Lawler also launched the highly- collected Viva merchandise range in Ibiza, and he’s in discussions with fashion houses about turning it into a lifestyle collection. Lawler will release the first Viva compilation in May, just before the summer residency at Space.

Steve Lawler is a definitive DJ and producer. It has been a steady rise from the infamous 'motorway raves' of the early ‘90s, to his legendary residency at Space in Ibiza, Harlem Nights at The End, and his Lights Out tours of North America. Lawler continues to build an ever-growing band of avid followers who pack out any venue that bills his name. He is one of the most powerful touring brands in electronic music – period.

Steve Lawler is currently in the midst of the busiest time of his life. He has just completed a mammoth US tour to promote his third and final Global Underground compilation Lights Out. He recently remixed ‘The Conjure’ title track from the Universal Pictures film The Skeleton Key – starring Kate Hudson. Along with his own new production ‘That Sound’ (Joia Records), Steve’s production is at its finest point to date. In July, Lawler launched his own weekly club in Ibiza with Viva. Moving from his Sunday residency for We Love where he was crowned King Of Space, he’s standing alone with his own Thursday night event at the refurbished Space Ibiza venue.