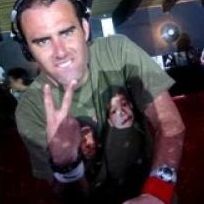 Patrick is already no stranger to global stardom. He an DJs Nick AC and Dennis Rodgers currently make up ROBOTS, a techno collaboration hosting one of New York City’s most successful, weekly club events. Since 2004, the resident trio has hosted the likes of Matthew Dear, Magda and Sven Vath, to name a few. Showcasing a flawlessly blended brand of electro, minimal house and techno, Patrick continues rise to the top of an increasingly crowded underground electronic music scene.

Additionally, the trio took their weekly parties one step further and recently launched an Internet radio show broadcast live on eastvillageradio.com every Thursday from 6 to 8 p.m. The aptly titled RobotsRadio includes live performances, interviews and promotional giveaways.
Patrick’s signing to Gourmet Roster culminates his years of hard work and self-promotion. The NYC-bred DJ delved into dance music in 1998, when the legendary Twilo nightclub inspired him to take up DJing. In 2001, he formed the 112 Crew with Tom Amoroso, Dennis Rodgers and Matt Licata. Together, they refined their blend of techno and house, infusing sets with elements of breaks, dub electro, and minimal electronica.

His work with the 112 Crew launched an international career that took him to South America and continental Europe. In the past two years, Patrick has debuted on the main floor of England’s prestigious Fabric nightclub and headlined the Cocoon Club in Frankfurt, Germany. Additionally, he landed three dream gigs in Ibiza, including the “We Love…” party at Space and a fist pumping performance for Circo Loco at DC-10. Patrick topped off his string of success with a 2004 New Year’s Eve set at the world-renowned techno club, Tresor, in Berlin, Germany. Patrick earned additional praise from his colleagues when both Lee Burridge and Danny Howells named him 2003’s “Best Undiscovered DJ” in DJ Mag’s 2003 Top 100.