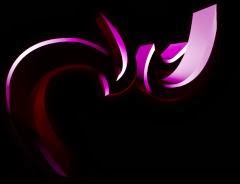 Shelli Andranigian ~ Southern California-based Velocity Code have signed a digital distribution agreement with Proper Talent Records and System Recordings through The Greenwich Music Group, Inc. for their self-titled debut album. All of the songs from the record (including their next singles "Reality" and "Bydz") are currently available at iTunes among other Internet retail outlets. Proper Talent is the company founded by the legendary DJ Rap. A vinyl distribution deal was also signed with New York-based Topline for "Reality"/"Bydz."

Velocity Code's newest singles were featured on the soundtrack of the September Films documentary "Single In South Beach," which aired on Showtime the entire month of August 2004. "Bydz" is an upbeat trance anthem (131 bpm) that features the vocals of Shaheen Sheik, while "Reality" (130 bpm) has evoked a magical feel for some listeners, sending them into another dance realm.

Comprised of talented producer/musicians Chad Gendason and Zach Grace and accompanied by an international array of vocalists, Velocity Code made an impact in the dance music world when their first single "Beautiful Outside" went to #32 on the Billboard Hot Dance Music Club Play chart. The song also received airplay on 75 local, nationally-syndicated and satellite radio mixshows including DMX, Sirius Satellite Radio, XM and others. The song was also the "second most-added track to nightclubs in the United States" according to DJ Times (12/15/03).

System Recordings was co-founded by Eric Silver and Louis Montorio in 2001. Along with DJ Rap, they also work with Dieselboy, DJ Icey, Christopher Lawrence and Bad Boy Bill among others. According to Silver, The Greenwich Music Group, Inc. (GMG) is one of America’s fastest rising entertainment companies. "Our business consists of acquiring and releasing audio/visual intellectual property via our System Recordings and Double Blind Music labels and our Orange Sofa LTD (ASCAP) and Alpha Numeric Music (BMI) publishing companies, " he said. "(And) providing management and career direction for artists such as Dieselboy and 32 Leaves via GMG Management; and offering marketing/lifestyle consultancy services to companies seeking to reach the youth market in area of recorded music and live performance via GMG."
GMG is also signed to Bug Music, which administers the copyrights for GMG's two publishing companies; Orange Sofa LTD (ASCAP) and Alpha Numeric Music (BMI).

For more information, visit VelocityCode.com! "Reality" and "Bydz" as well as all of the songs from Velocity Code's full-length self-titled CD, are available for purchase at Systems Webstores on iTunes, emusic & Beatport.
zine.v1.stories