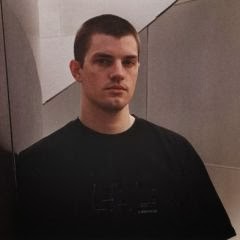 Troy Gilmore ~ Nicholas’ popularity rose through the mid to late ‘90s after performing powerful and technically brilliant sets at hundreds of events each year and mixing two of the US’ best selling Trance Global Nation CD’s. Over the years, Nicholas has remained true to his signature blend of driving tech-trance and sleek progressive house and continues to champion cutting edge tunes lurking beneath the mainstream surface. Nicholas has played for many major production companies around the World including Clear Channel, Go Ventures, Destiny, B3 Cande, Channel 36 & Global Electro. Standout performances at major events such as Spundae, Giant, La Boom, Nocturnal Wonderland, and Together As One have solidified Nicholas’ reputation.

Nicholas also runs and has numerous releases on his own label, Propulsion Records. Launched in 2003, the label has seen considerable success with it’s unique sound that treads the line between progressive and trance and doesn’t easily fit into either one of those categories. The label has filled the void for many of the World’s top DJs looking for a different sound who continue to champion each release week after week.
In addition to his production work, Nicholas has three officially licensed mix CD releases which have collectively sold over 50,000 units Worldwide. Nicholas was first commissioned by Arcade America to mix the second installment of their hugely successful Trance Global Nation series and skillfully mixed what went on to be one of the best selling US mix CD’s of 1999.

Based on the success of TGN2, Nicholas was invited back to mix the forth CD in the series, second time round having full control over the track selection. TGN4 was released during 2000; a tougher and intelligent album representative of Nicholas’ true underground sound. To support the CD‘s, Nicholas headlined the Trance Global Nation Tour (featuring Jerry Bonham, D:Fuse, & Doran) and visited cities throughout North & South America, Canada and Asia. Nicholas’ third CD, Crystal Vol.2, was released through AM Recordings in 2001 as another testament to his unique and uncompromising style.

Check him out at these upcoming events: