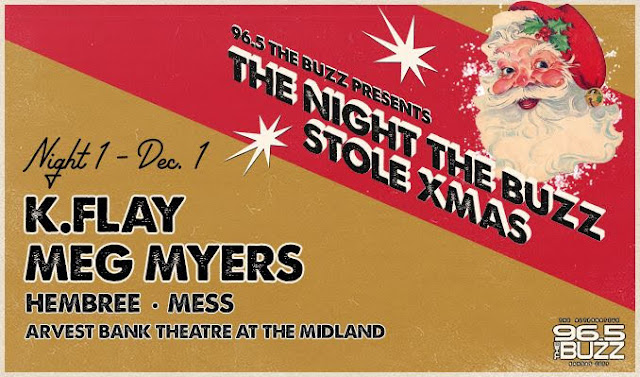 Arriving a bit late, we missed the first act (Mess).  Everyone assured us they had played quite well, and we should have been there.  I guess there is always next time.  Hembree was next act up, and they put on an impressive performance.  They are definitely much better live, and we will be on the lookout for their next show in town.

Meg Myers followed up with an excellent performance.  She did not miss a beat of the dark sorrow and angst commonplace in her particular style.  It proved an interesting contrast with the next act, but not particularly well matched.

K.Flay took the stage 9:30 pm sharp, just as promised in her Twitter feed, and immediately launched into an array of tunes from her latest release "Solutions."  Maybe it was the mostly bluer tone set by the prior performer, but the energy did not feel quite the same as the last show of hers we witnessed at The Truman.  It was still an awesome performance, and we enjoyed every moment of it, looking forward to her next show in KC.

The photos from the evening are not the greatest.  We were a bit farther away from the stage than the phone was capable of dealing with, but there are few good ones.

view more photos from this event
by todd & sherri