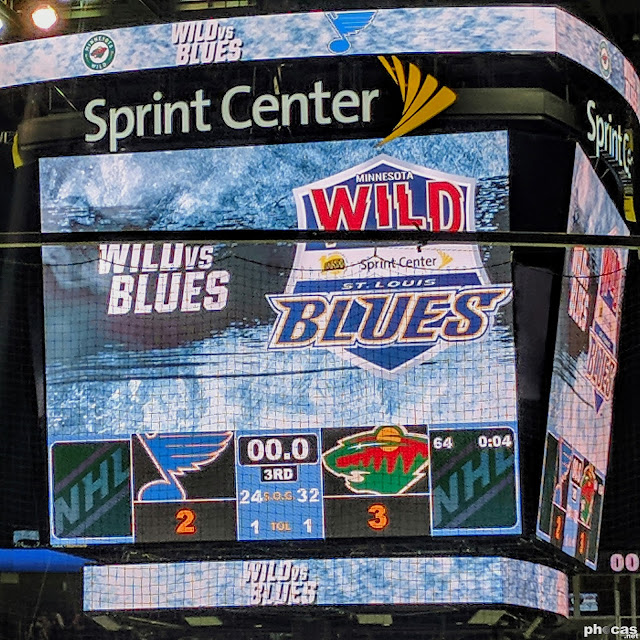 Heading down to the exhibition game at Sprint Center, we arrived a little late, but it seemed a lot of other folks did as well.  Everyone seemed really anxious for the game though.  It has been awhile since we had a regular NHL game in Kansas City. 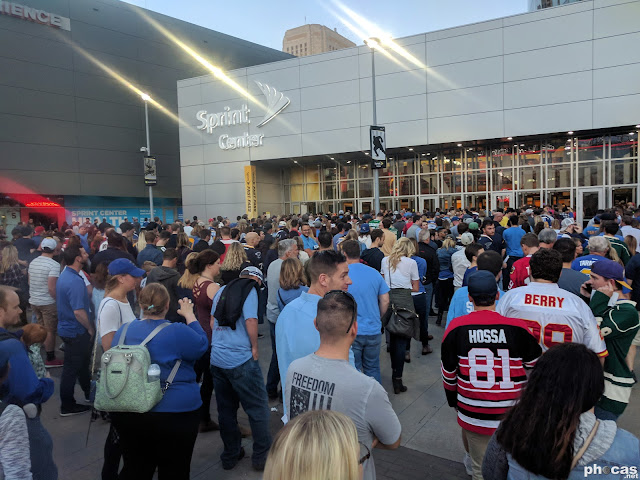 We only missed about six minutes of the first period.  Theseats were pretty good, the only drawback being that you really could not see any action going on behind the goalie very well.  The other end of is a bit far off too, but I guess that is what the jumbotron is for. 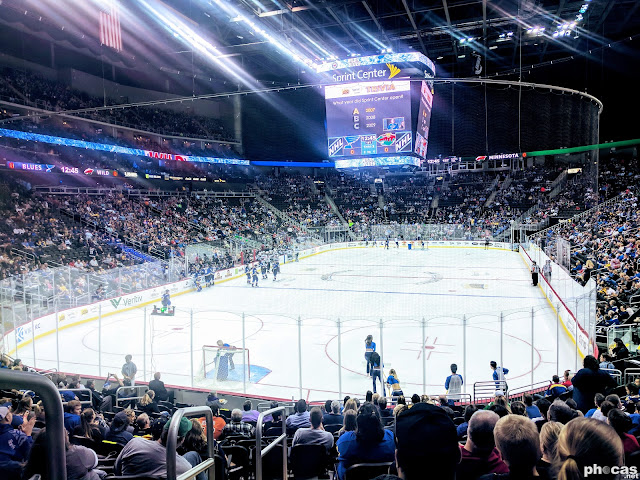 It seemed like right away there was a fight on the ice.  We were not really sure what happened.  The only replay they displayed was the the fight.  It proved an interesting sideshow, nonetheless, and there were a few more near fights along the way. 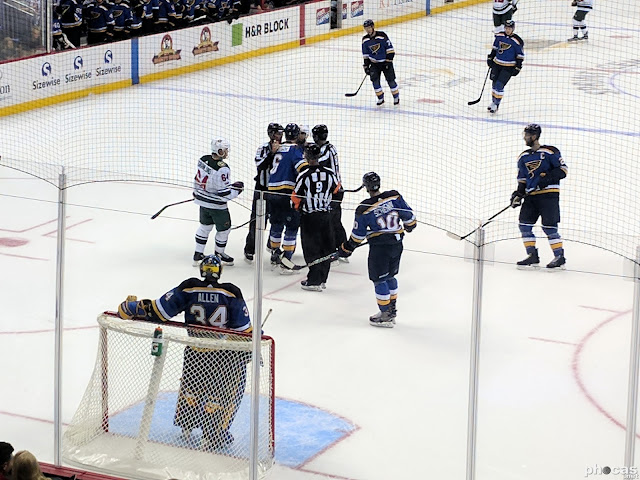 It was a good game, with a fairly evenly split fan base in the stands.  A local radio show pulled off a few little stunt games, such as wing eating contest, during intermissions.  Overall it was a fun night for everyone in attendance.

The Wild beat the Blues in the last minute of play, and then exodus.  A few random clips of the activities on the ice appear below, including the first physical disagreement, or view a few more photos from this event.