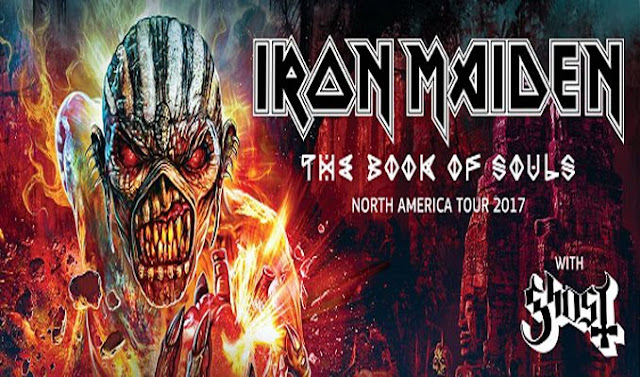 Offered an opportunity to see a band I had not listened to much of in years, I decided to head on down to the Sprint Center in Kansas City to have a look and listen.

Iron Maiden put on a great show, played solid and tight.  Many thanks to the ticket donor!  She had only recently moved out of town for another gig, and sent them on over.  The seat was in a good location.  The sound was not quite as good as could have been, but decent enough. 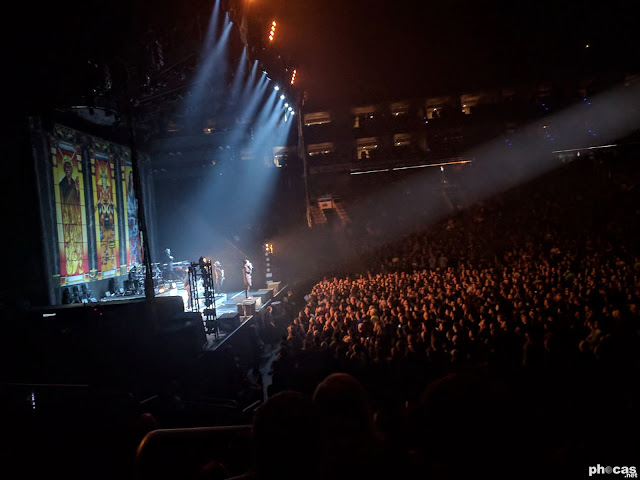 The opening act, Ghost was interesting.  In all honesty, I arrived late for that round, and only caught their last song.  Their performance was well rehearsed, very theatrical and dramatic.  The music tended in that direction too, and seemed to have quite a lot of support in the crowd.

The night was hellishly hot inside the arena, and promised to get worse.  When the lights went on between acts, you could see the cloud of steam hanging in the air. Leaving the doors open to the hot night air did not help in the least.  The bands suffered for their art on this night. 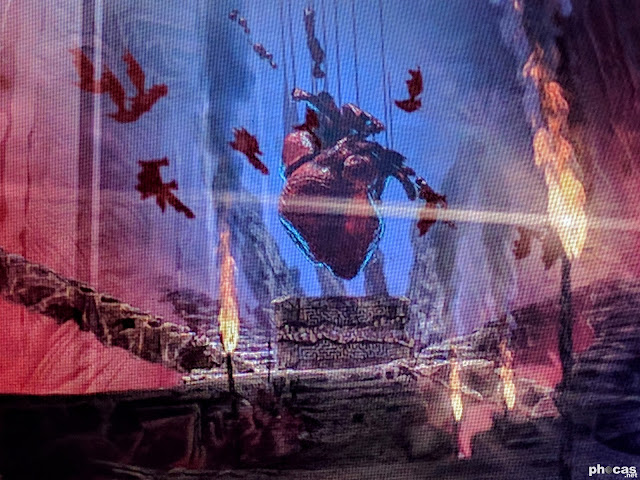 Iron Maiden took the stage, and all were almost immediately dripping sweat.  Sharing their torment, they fired flame bursts from four or six cannons on stage.    I don't care how old you are, you have to be in great shape to endure what they did, and still put on a good show.

The band powered through track after track; several I have never heard before, and a few that are definitely a blast from the past.  "Eddie" made appearance on one song, towering over, chasing, and then molesting the artists as they played on through Hell's steam bath. 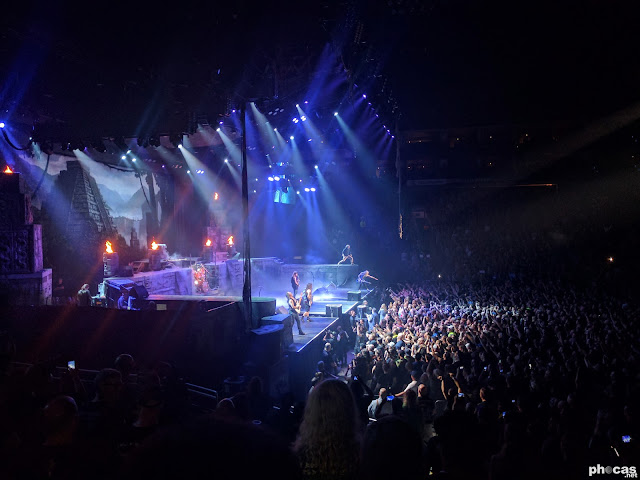 Somewhere along the way someone said they were into their last three, the second of which pretty much everyone knows.  How could they not play "The Number of the Beast?"  I missed the intro to that, tending to other business.

Speaking of which guys, it is kind of creepy to be on your phone in the urinal.  Surely, you can wait that long to play with it.