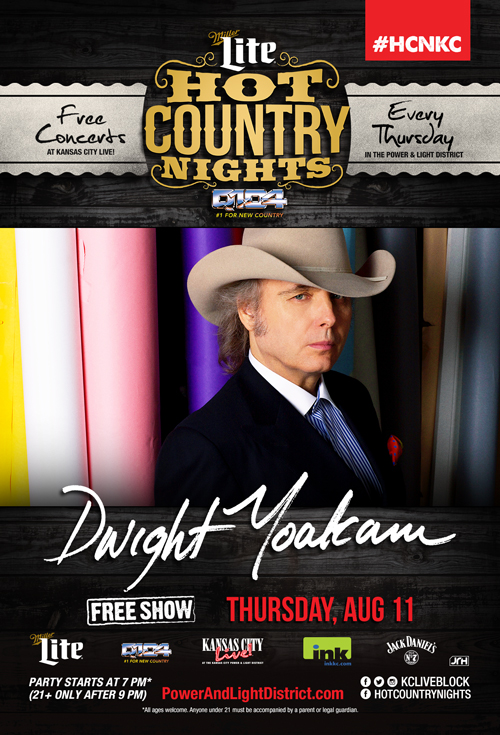 I will admit that I am not much of a Modern Country music fan.  It is too reminiscent of bad 50s pop, electrified a bit, with a few twangs added for good measure.  Give me a good dose of Waylon Jennings, Hank Williams, or Willie Nelson over that stuff any day.  And now, you could probably add Dwight Yoakam to that list.

My partner is a little partial to the stuff though, so we headed down with a couple of friends to catch Dwight Yoakam at Kansas City Power & Light District.  It was free, so what the heck, right? The others that went along, did so for much the same reason, and the people-watching, of which there was plenty.

The crowd did not tend towards the typical Wanna-Be Cowboys, which was a bit of a surprise.  There were plenty of those to go around though.  I often wonder if these guys know how easy there are to identify.  Real cowboys, otherwise known as farmers/ranchers, generally stand in stark contrast, lacking a big shiny belt buckle, fashion boots, and a brand-spanking new cowboy hat.  They usually got a girl in tow though, which is more than the Wanna-Be does. 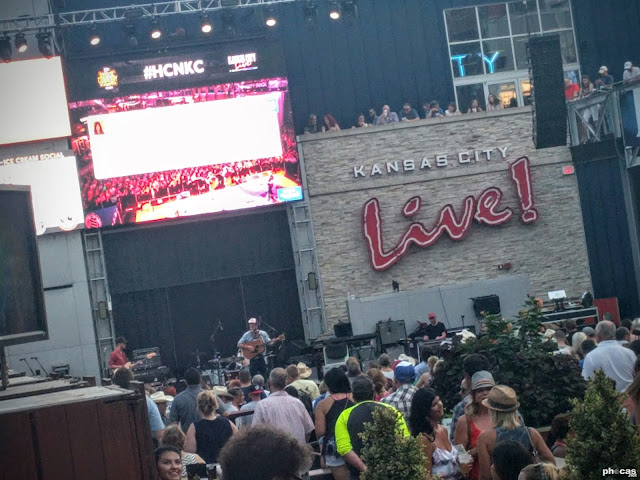 We amused ourselves watching several Wanna-Be strut around trying to pick up girls half their age.  Talking with a silly and obviously fake drawl, they attempted to buy these girls a few drinks, trying desperately to convince them to go for a ride in their shiny new pick-up to their huge spread in one of the little farm towns like Blue Springs or Overland Park.  On the latter, they failed more times than we could count; the former, the girls always win, scoring a multitude of free drinks.

A lack of an overwhelming number of these type of folks was somewhat reassuring though.  It tends to be a key indicator that the music might actually be decent, and that folks are there for that. It was, and most of them were. 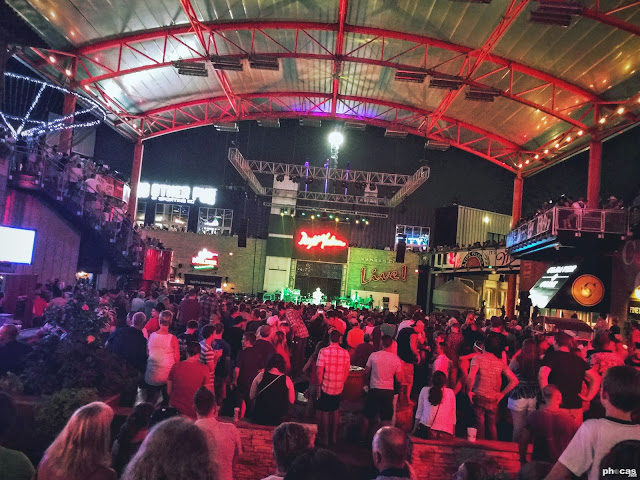 The show had a pretty good turn-out overall.  Indeed, expecting as much, we arrived early enough to suffer through the warm-up bands, whomever they were.  The first group was actually pretty good, playing a more traditional flavor.  The second probably was too, but a poor match for the show, playing something that was a bit more popular alternative making me wonder if that is the new direction for "Country" music.  I hope not.

The crowd was more than ready by the time Dwight took the stage.  He played some great tunes, and seemed to lean more towards the more traditional sound, so I had a little greater appreciation for it, along with the fact that I knew a couple of the tunes.  We had a really great time overall, and the crowd did too, singing along with every song. 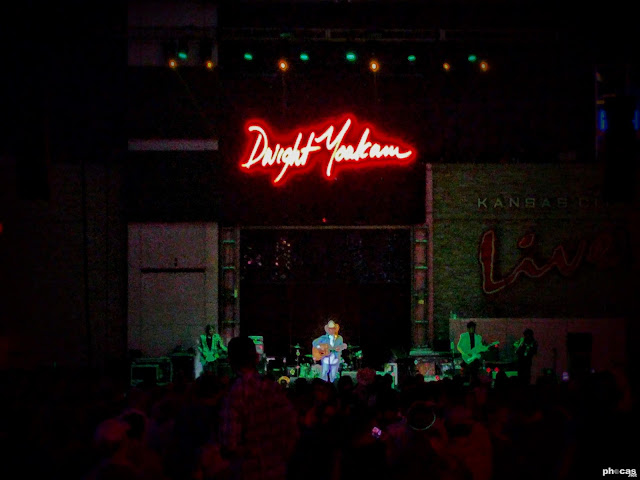 We did not stay for the whole show though.  It had been hot all day, and remained rather humid and generally uncomfortable most of the evening.  In addition, the sound was terrible.  It usually is not bad there, but something was definitely off.  We were in the back near the stairs, and it was definitely missing on the lower end of the spectrum.  After about five tunes, we split the scene, seeking the comfort of our air conditioned vehicles and home.  It was a school night after all.