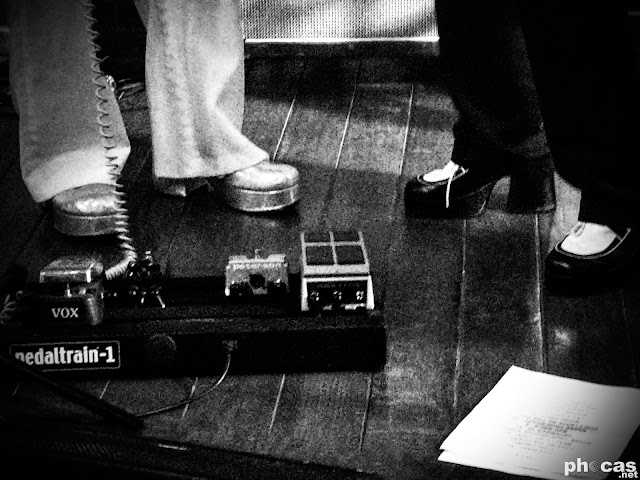 Glancing around the interwebs Saturday morning, thinking about what there might be to do around town that evening, we stumbled across Boogie Wonderland, set to appear at Depot #9 at Ameristar Casino.  It turned out to be fun little flashback.

The usual YouTube search yielded a couple of covers by the band that were solid, and we were immediately intrigued.  This was throwback material.  House music before it was House music.  It seemed like it might be a little cheesy.  Sometimes cheesy is good though. There was nothing else going on. I suppose I should qualify that.  There were other dance music events happening, if you wanted to wait around until 11 pm. 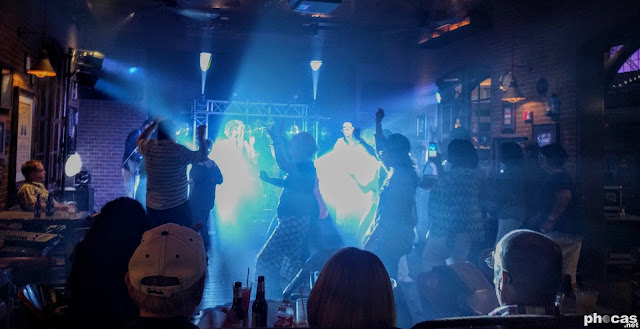 We prefer an early agenda.  Many other folks do as well, but nobody seems to get that.  They get it in Miami, New York, Chicago, San Diego.  Why not here?  It would be great to see some late afternoon, early evening events, especially in the summer.

This show started at 830, but we didn't make it down until about 9 pm, and they were already going full tilt, and everyone was up dancing! Indeed, with the songs they were playing, it didn't take us long to get out on the floor and get down. 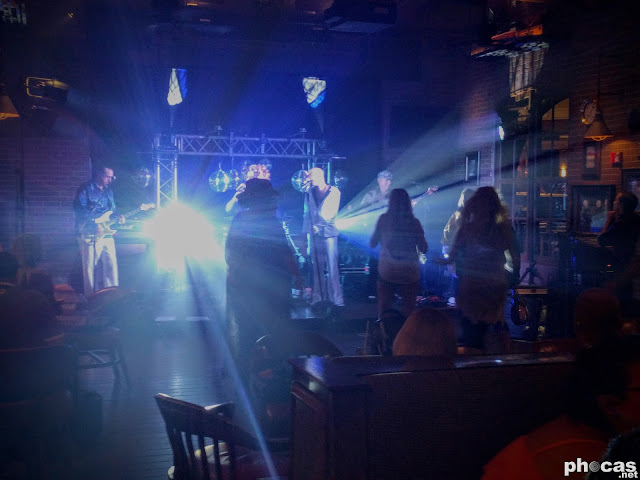 And, every time they finished a song and folks started to leave the dance floor, they dragged them right back with another chart topper from the 1970s.  It was that kind of night.

The five-piece band put on a fantastic show, bringing lights, mirror balls, and full costume.  They banged out track after track of some of the hottest hits of the 1970s from folks like the Bee Gees, Kool and the Gang, Chic, Gloria Gaynor or Earth, Wind, and Fire. 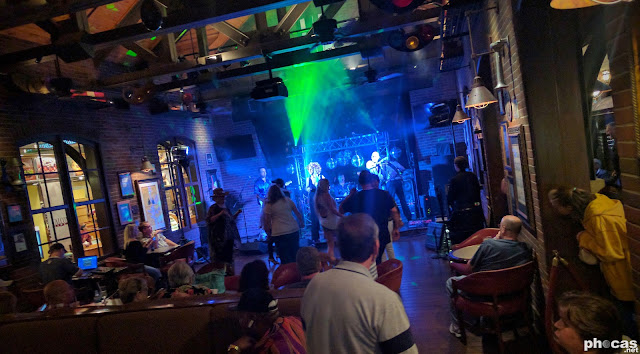 Checking their site again later, we found out they perform pretty frequently around town, and points beyond.  Apparently, they have been at it since 2006 too.  I totally missed that one, and we will definitely be dropping in on a future gig.  Check out their calendar for an upcoming show near you and get there and dance!  You will be glad you did.