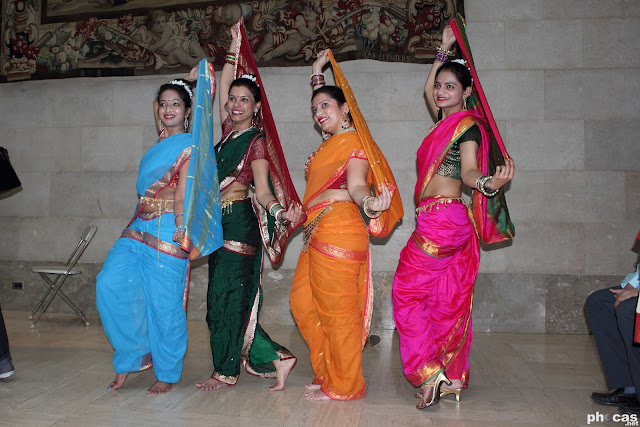 While not widely acknowledged, Kansas City hosts a rapidly expanding population originating from India.  These folks represent a considerable cross-section of the highly technical work force in the City, and are among the most prized contributors to advancing technology in the area.

Standing in stark contrast, they bring with them a social grace steeped in thousands of years of culture and tradition. A new world and a new life make increasing demands on time normally devoted to long-standing customs though, and many cultures lose their personal identify along the way, with each successive generation.  The Melting Pot that is the United States tends to do more than just erase national boundaries.  It tends to dissolve culture and identity too.  This is especially true for those helping to advance the insatiable technological appetite of a nation that has lost touch with many of its own traditions and values. 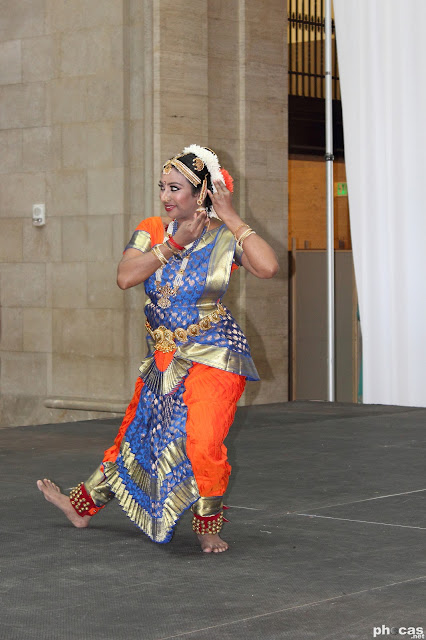 The Nelson-Atkins Museum of Art appears to recognize these aspects of Kansas City’s continually evolving and diverse landscape, and recently began hosting yet another annual festival celebrating culture from India.  A day full of exhibits focused on traditional dance, music, thought and food from this region featured at the Museum provide residents and visitors a free taste of this colorful and unique culture.

We were not aware of the previous events, and only just heard about this one a few days prior, but were excited to stop in and have a look at their offerings at “Passport to India.”  We arrived much earlier than we had for the Chinese New Year, hoping to beat the crowd and get a better viewing of the performances.

We arrived just in time to capture a few of the dance performances in Kirkwood Hall, but it was already a very full room.  After hovering at the sides of the stage and at the back of the room, we eventually wandered off to explore other parts of the building.  After tripping through the Ancients, we drifted upstairs to see what offerings appeared in the sections devoted to this particular cultural event.

Arriving at the top of the stairs, we immediately encountered the Jain Shrine.  The Nelson acquired this ornately carved and painted shrine more than 70 years ago, but it spent most of that time in storage.  Produced by artists and followers of Jainism in India, it is set into its own dimly lit room.  When asked why the poor lighting, one of the Museum attendants indicated that the nature of stains used to paint the shrine was the culprit.  It seems that when exposed to light for excessive periods, the paint fades. 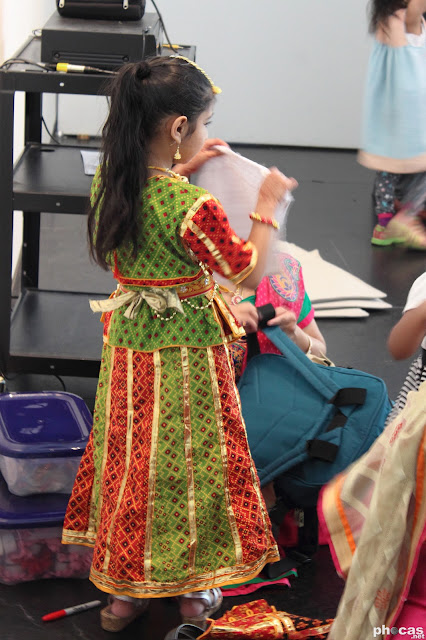 The shrine itself is a fantastic work of art, and a monument to its followers who practiced non-violence and continual work towards individual perfection.  Jain practice requires daily veneration of the image of Jina at a community temple or a home shrine such as this, typically commissioned by wealthy Jains for their private use.

The next gallery down the hall displays most of the works from India in a bit of Hindu Temple setting.  Music greeted us, but it was impossible to gain access.  Also dimly lit, a few soloists performed in the small room for a crowded room of folks sitting on the floor enjoying music.  There was no means of looking at any of the artifacts there.  While providing a better view of the musicians, the adjoining room proved somewhat disappointing.  Staff indicated that construction on the levels below caused too much vibration, necessitating the move of most of the associated artifacts to a safer location.

We did not linger much longer than that.  Though we had arrived early, time was short.  We drifted through a few other exhibitions.  The lines were entirely too long for sampling any of the food, though we did manage to sneak up to a station offering Mango Lassi.  We regret missing many of the other activities, but is all the more reason to return next year!

There are no more photos than what appear in this post, and of course, the YouTube montage below.  Somewhat unfortunately, we became side-tracked by some of the offerings, while showing an acquaintance around the Museum.