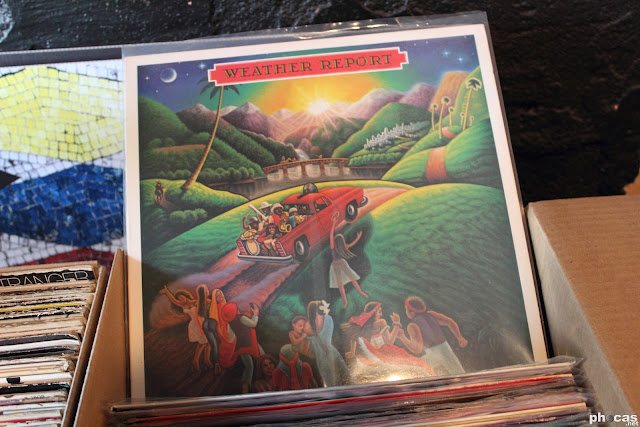 We went roaming about for Record Store Day to a couple of places that were hosting live music. I glanced at the calendar enough to see that mostly locals were playing early, which fit our plans perfectly. After finishing a few things at the homestead, we headed down to the Crossroads for a little food and to see what was playing around.

Revolution Records is just around the corner from Grinder's, so we dropped in there for a little food and drink first. They have an awesome Philly, or as the name implies, really good Grinders too. We were still a bit early though. Nobody started playing until 6 pm, and it was only 5 pm, so we decided to trip down to Mills Record Company first. They were working the same schedule.

The bands at Mills Record Company were playing their "alternate" location just around corner. The venue was interesting, excepting the fact that it was all concrete. I think the floor might have been wood, but the walls and ceiling were not, and the place was otherwise gutted. When the metal band started up, the sound ricocheted everywhere like a machine out of control. I am not sure who was playing, but they seemed to have act together. It was not bad at all, but we listened from the safety of the sidewalk, and headed out after the first song.

Back down at Revolution Records, we caught the last of some band from Seattle that was playing later in the day in Westport. Their site didn't list them, and I don't recall the name, but they were a good alternative indie sort of situation. Next up, local band Fiction Department slammed through a great set in spite a plague of microphone issues. They didn't skip a bit though, and played right on through. Their sound was a bit like Third Eye Blind, or something of that sort, and I look forward to catching their act again.

We left after they played, but not before purchasing a couple of records. While standing at one of the record racks, the label Picture Albums popped at me. There were only a handful, but found a couple with great artwork and good tunes; The Steve Miller Band, "Book of Dreams," and Rod Stewart "Blondes Have More Fun." 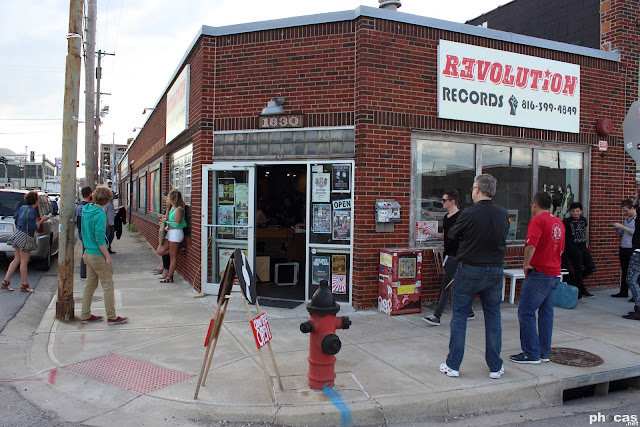 Other stores were holding special events as well. We only knew of where these two were, and that they would have bands. We noticed Josey Records as we were leaving Revolution Records, and it appeared they were doing something or another, but we had places to go. We will have to catch up to them.