Showing posts from March, 2016
Show all

Along the Walnut River at its confluence with Timber Creek, on the western edge of the Kansas Flint Hills, and just a short 17 miles north of Oklahoma, lies the sleepy little town of Winfield, Kansas.  The town appears rather unremarkable in stature and history.  Boom and bust years litter the past, but one thing has been constant.  The town has always been a focal point for music. Chautauqua, an extremely popular adult education movement of the early 20th century, established a solid base at Island Park in the early years of the town.  The philosophy of the movement centered on enlightening and educating rural American communities through artistic entertainment and cultural outreach with speakers, teachers, preachers, musicians, and other entertainers.  Formed at a time when rural America starved for associated education and social activities, the movement established Winfield as a cultural center for Kansas, influencing establishment of an Opera House, as well as a hig
Post a Comment
Location: Knuckleheads Garage, 701 N Montgall Ave, Kansas City, MO 64120, USA
read more » 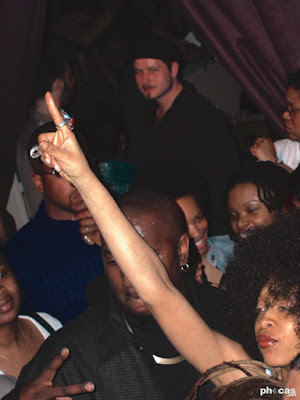 At first, it first it seemed as though April 2003 might be anticlimactic after the explosion of Chaos Theory the previous month.  It was not in the least.  One performance even equaled the status of that event, although in a completely different vein. The month started quietly enough, with a little stop at Kabal to catch a special performance by Ces Cru at Wild Style Wednesdays.  This was the first of many special appearances at this night that would get the ball rolling for the Hip Hop crowd, and provide a solid base for Wednesday nights in Kansas City. Local message forum, Syde-Sho held a fund raising effort out at Abe & Jake’s Landing the next night.  While there was not a huge turnout, anyone and everyone that was a member made an appearance to show their support. Back at Kabal a few days later, their weekly installment of Sin Saturdays witnessed a surprise visit from Miss Erykah Badu.  Word passed quickly through the house on her arrival, and everyone wanted photos
Post a Comment
read more » 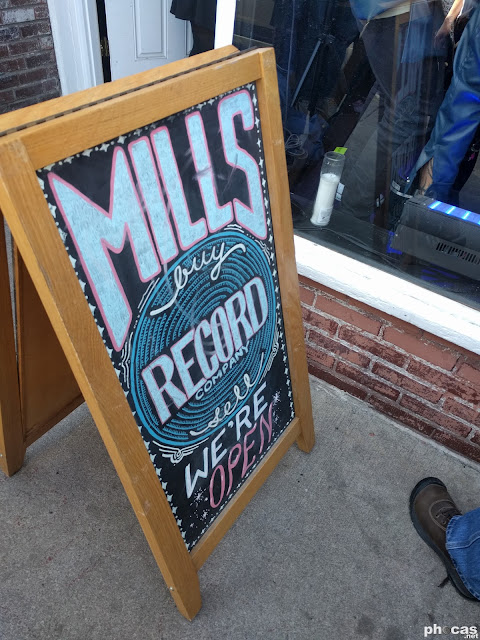 Local radio station 90.9 The Bridge presented a rare opportunity to catch the band Kaleo free of charge at Mills Record Company, so we dropped in for a listen to this up-and-coming Icelandic team of musicians.  After hearing of them only a few weeks earlier, then listening to everything found on YouTube, we were excited for this event. The Icelandic indie band formed in 2012, producing a unique pop/rock/folk sound, and making their first major appearance at the Iceland Airwaves Music Festival that November.  After heavy rotation on Icelandic state broadcaster RÚV's radio station Rás 2, their track “Vor í Vaglaskógi” quickly placed on the top 10 for the station, and later appeared as the soundtrack for the first episode of the TV series "Trapped.” In late 2014, the band released the video for “All the Pretty Girls” for their single by the same name, which had ranked over 3.5 million streams on Spotify.  This past year, Kaleo signed with Atlantic Records and moved
Post a Comment
Location: Mills Record Company, 314 Westport Rd, Kansas City, MO 64111, USA
read more »
More posts
phocas.net
music . dance . life . art . culture