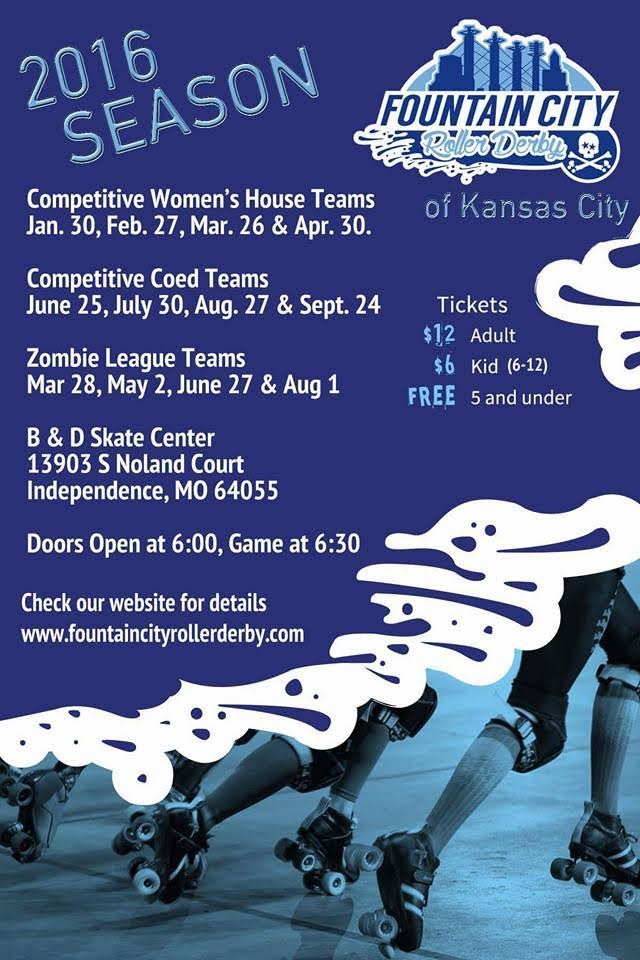 The Fountain City Roller Derby launched its 6th season, and we decided to drop in and show a little support for the Royal Pains in their match up against the Deadly Sirens, at the B&D Skate Center in Independence.  I had not been to a Roller Derby since I was a kid, and was intrigued when offered the opportunity to go.  Back in those days, competitions were down at Municipal Auditorium, Memorial Hall or something like that, and very much a “blood sport.” 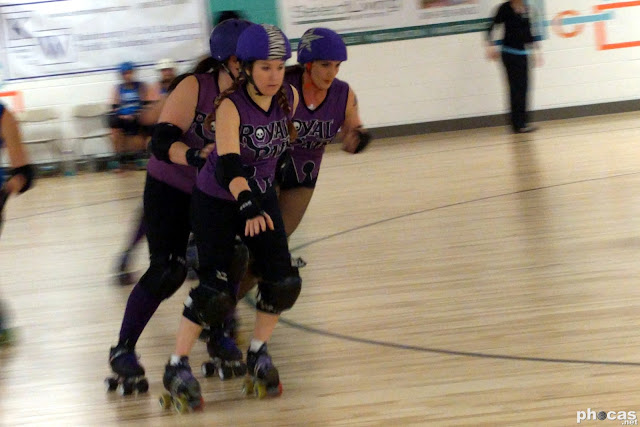 The focus of this event appeared to be more education and friendly, though still somewhat aggressive, competition.  Taking up a good position on the wall, where the curve breaks into straightway, we watched the girls warm up before things got started. There were a few bruisers, but overall most seemed just your average girl-next-door types. They are all part of a larger community comprised of 120 men and women skaters spread across 4 house, 3 co-ed, 2 zombie league teams and one tournament. 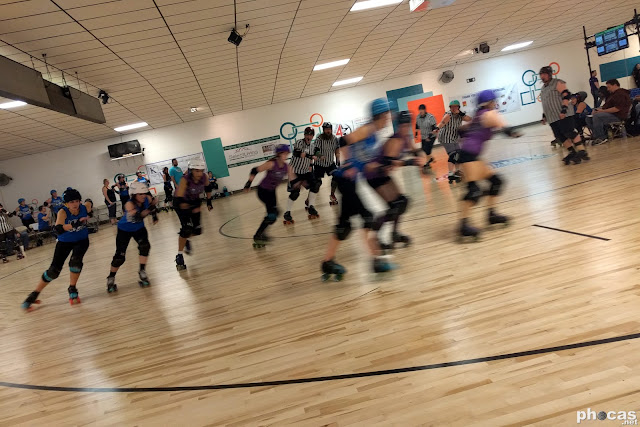 The announcers mentioned something about the group reaching some Championship level in the previous season, but their mics were up a little loud and the whole thing went by me.  They did give the audience a good run-down of the rules and general concept of game play, though.  The players demonstrated the idea, which proved helpful.  There seemed to be no rules in the last Roller Derby I attended. 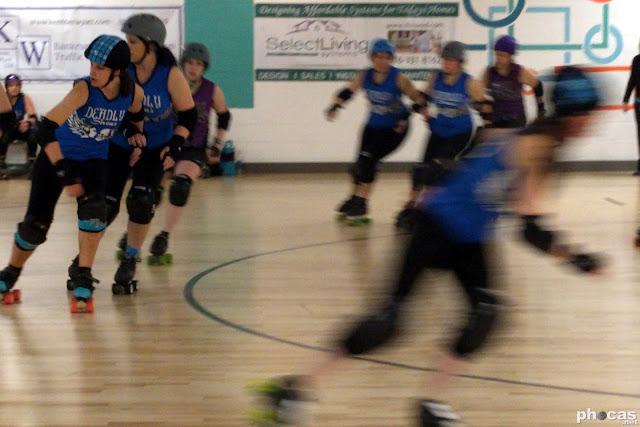 We had a good vantage point for this contest, but only stayed for the first game.  I am still working with the camera on the Nexus 5x a bit.  The video is generally good, but I am holding out judgement on the photos.  That’s a whole other story, for another blog space though.  We had a great time at the Roller Derby, which rolls regularly on the last Saturday of the month for these folks.  A return visit is very likely.