It was downtown to the rooftops again for a look at the performance of the United States Navy Blue Angels, during the Kansas City Aviation Expo.

It is always good to have a friend with the right view, when something like this is going on; lacking that, all it takes is a little resourcefulness and an understanding of Google Maps. There are several good spots to view, without burning twenty dollars to get a ground level view of the situation. 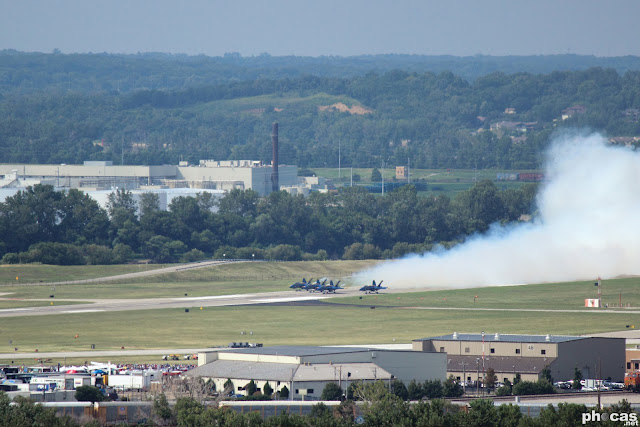 We arrived later in the afternoon than originally intended, but apparently had not missed a thing; that is, excepting an earlier performance by the Blue Angels.  I was surprised to hear that.

Usually there are all sorts of things flying about at these events.  It did make me a bit curious as to what exactly the Expo was all about; still, not curious enough to park 5 miles away, ride a bus with a bunch of other sweaty tourists, compete with those same masses for a good spot, and make an equally competitive return trip. 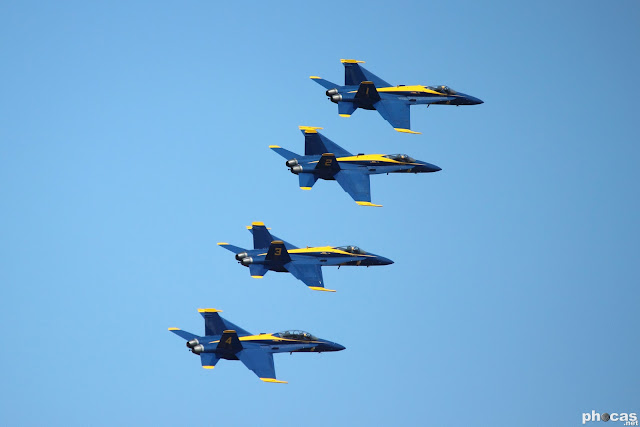 The view from the rooftops was fantastic though, and worth the twenty dollars we did not pay.  Indeed, I would have gladly paid the money to our friend for that experience. 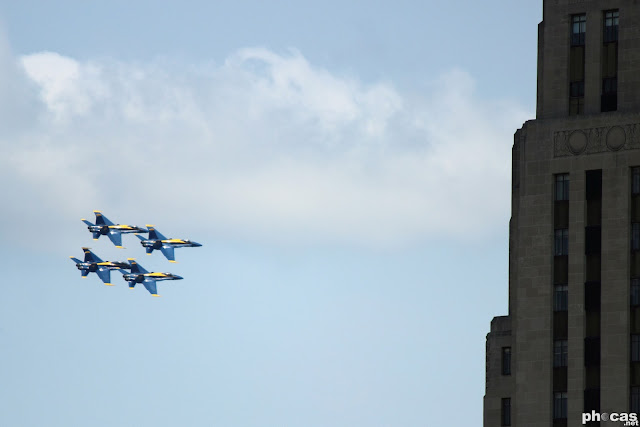 We enjoyed our own refreshments, were not accosted by security needing to assure we were not terrorists, and those other terrorists with strollers were utterly absent.  It was a good day indeed.  The Blue Angles put on a great show, and passed amazing closely on a few occasions.