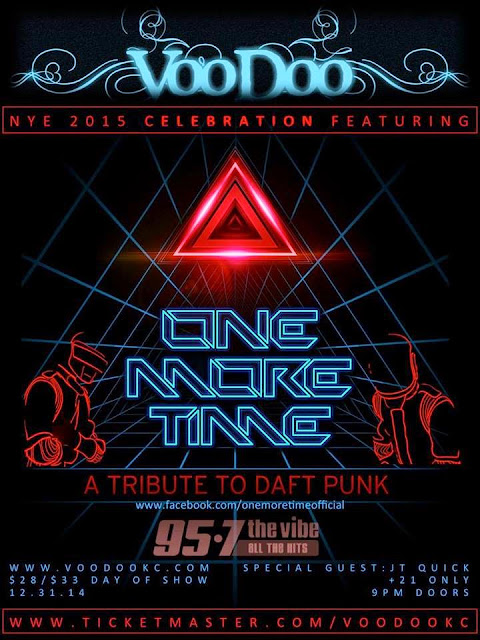 Wanting to get out and dance a bit, we surveyed the local rags a few weeks prior to New Year's Eve to see if there was anything worth venturing out into the cold night for (and dodging drunk drivers).  Nothing really stood out, until we stumbled on an ad for Harrah's Voodoo Lounge in North Kansas City.  They were hosting the Daft Punk tribute band, One More Time, which looked promising.  Thinking it might quite a crowd, were ordered advance tickets, and later, realizing it would probably be standing room only, booked a table too; neither turned out to be necessary.

We arrived early and thought we might grab some quick food a the 810 Sports Zone Bar & Grill.  We probably could have left and gone some place else in the time it took us to get seated.  They were not really busy, but the hostess seemed a bit confused as to how to handle the massive influx of 5 people waiting to be seated in the half-empty restaurant; meanwhile, the person appearing to be a manager of sorts walked around playing with his device.  That was a bit annoying.  The service and food were good enough though, and after washing the food down with a few drinks, we headed over to Voodoo about 9 pm. 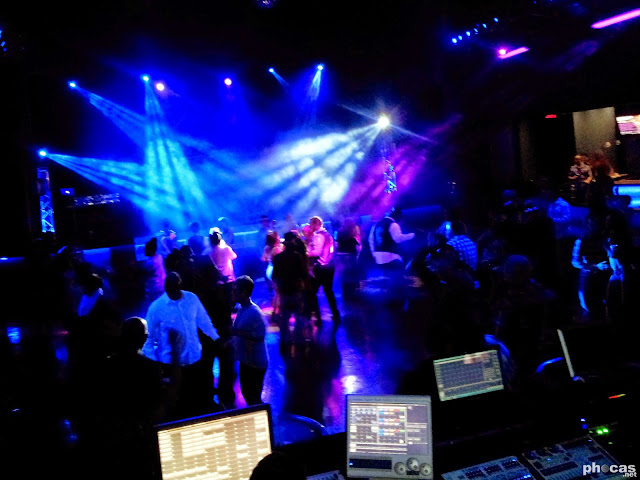 There were probably 100 people in the place, mostly huddled close to the bar.  We found our table, which was in the perfect spot, just behind the sound boards.  Settling in for a few more drinks before taking to the dance floor, we amused ourselves watching people drifting in; some already smashed, and some that probably needed to be. DJ Quick warmed up the floor with some popular dance favorites and maintained a good vibe, with no apparent train wrecks, and had quite a following.

Sometime around 10 or 11, One More Time took the stage, and immediately drove about 50 people out the door.  It was not that they were bad, but it was not quite what some expected, and quite a shift from the generic dance music that DJ Quick had been dishing out.  The intensity and volume of the opening tracks, and their lack of a defined and regular beat, was apparently too much.  It was quite a performance though, and a little patience on the parts of some would have yielded the results they were seeking.  They were good, but then it is hard not to be, when you are emulating one of the greatest EDM acts in sight and sound.  Hammering through track after track of Daft Punk's greatest hits, the dance floor population surged, ebbed and flowed to the sounds, flashing lights and video screens up to the stroke of midnight. 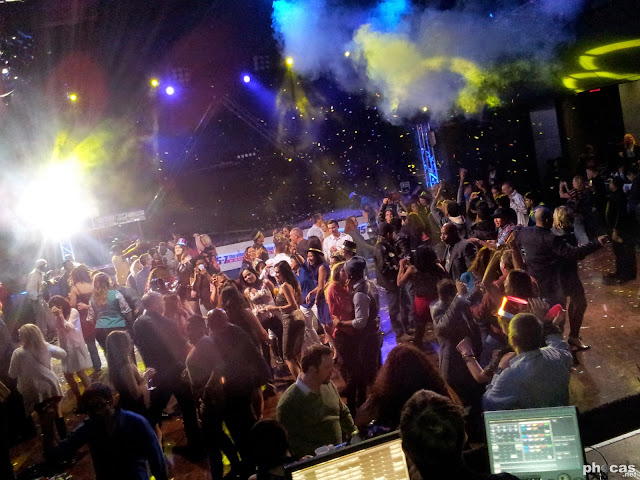 The usual midnight countdown occurred with a reasonably full house.  Most remained on the dance floor as the tribute band slammed through a lengthy rendition of the track by which they had taken their name.  JT Quick resumed his performance, after they completed their set, and seemed to draw more folks out of hiding and onto the floor.  Folks seemed to understand what they were supposed to do with his mixes.

The performance by One More Time was really fantastic, and definitely worth the trip; although, I am not quite sure that it was worth the price.  JT Quick played well, and seemed to be able to hold a dance floor pretty good.  The turnout overall was not quite as good as it could have been, and if I were Harrah's, I would be asking what happened and why.  It should be pretty obvious though.  This was not the type of music that folks were expecting.  You could say it was their own fault, but then half the crowd was probably there through default of being at the casino.  Very likely they were expecting a dance club experience, and not a audio-visual assault on the senses. 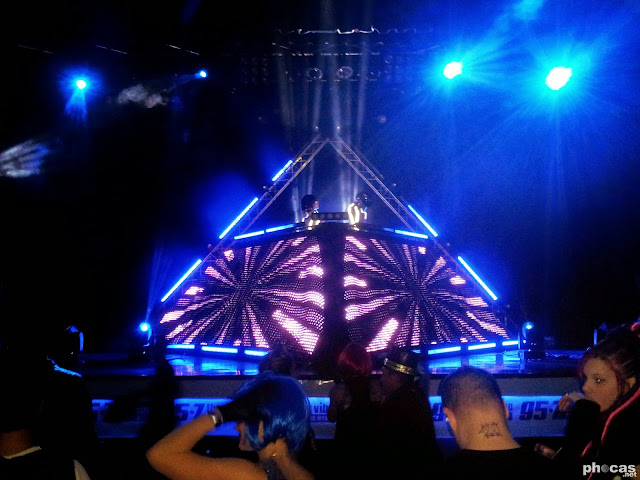 We had a lot of fun, and many others did too, but it was glaringly obvious that not much thought was given to this booking.  There was definitely no thought given to promoting the event, either; one radio station promoting an even of this sort, is simply not enough.  This was our first time back to Voodoo Lounge since Steve Porter played for a rather pathetic crowd, back in 2006.  Both were great acts to see, but in the wrong place at the wrong time.  Harrah's / Caesars' Entertainment need to work harder to draw folks to their venue for something more than just dropping coins in a slot machine.  As slick as Voodoo Lounge is, it could become the premier nightclub destination in Kansas City; all it takes is the right talent and a little effort.