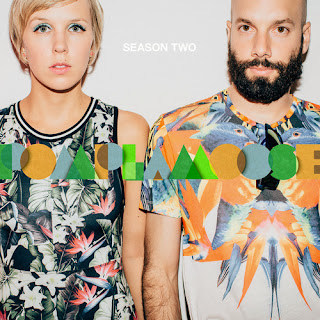 We traveled out to St Louis this past Saturday for a rare and unique performance by the band Pomplamoose at The Firebird!  After having marveled at their videos, and interesting twists on various covers of some of our favorite tunes, I was surprised and excited to get tickets to the event for my birthday!

The only disappointing part of the entire show was the late start; even then, for us that was not quite so disappointing, since we arrived late, to a near sell out.  The line stretched out a half block, and everyone was pretty excited about the coming performance.

The venue was perfect too, perfectly located downtown, with reasonable drink prices and a friendly staff.  All that is good though, right?  So maybe there really was no disappointment, after all. 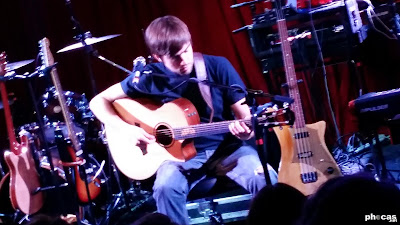 John Schroeder, their lead guitarist opened the show, with a bit of solo acoustic work.  One of the tunes a little too sleepy-time, and another seemed to stretch the range of his voice, but his playing throughout was fantastic.  He definitely has a lot of talent, and it is easy to see why the dynamic duo of Nataly Dawn & Jack Conte chose him to join in the fun of the tour.

Pomplamoose took the stage, immediately following John’s performance, opening with their Season Two theme song.  They followed up with a collection of their unique brand of originals and covers that had the whole room singing along most of the time.  During one of their last songs, Jack employed a little crowd participation, transferring his intensity to the crowd.  Coming down on the floor, and choosing folks at random, to choose other folks, to choose yet more folks, he soon had the whole place jumping around. 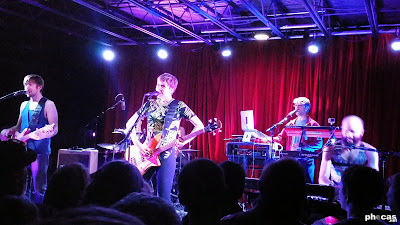 The video production that had helped launch their recent success was absent from the performance, but did not detract from it at all.  The golden sweetheart voice of Nataly Dawn was every bit as pure as in their recordings and videos, and Jack every bit the wild-man he always appears to be.  They are an intensely multi-talented, energetic band, and really seem to have a lot of fun making and sharing their music.

After the show, they held a little meet-n-greet / photo / autograph session, so we stuck around to be goofy fans for a minute.   We were just as impressed with these two off the stage.  They are real and genuine people that have an intense love for the music they produce and the people that follow their act.  We really appreciate them taking the time out for this sort of thing, and were glad to have the opportunity to meet them in person.

We definitely look forward to catching this act again; whether they make it to Kansas City or not.  Click the image above to look through the few photos from the night.  There is also a little video collage on the YouTube below, or more photos appear below.

view more photos from this event
photos by todd & sherri