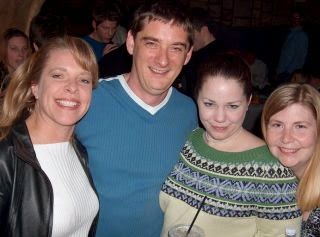 There's changes afoot this month and you'll notice a few small things here and there. Like the cover page this month. I thought it might be a good idea to downsize it a little and add some links. If you have an opinion on this, please... let me know. I'm going to be making some other changes of the same sort and I would really appreciate an opinion or three. Does it help the load time, or hinder it more? Personally, I just got tired of waiting on all those little blocks to load.

We're trying something new too. The "on decks" column now has a mix available for download that you can only get on this site. The idea is to feature one artist every month that wants to do a a mix exclusively for phocas.net and give us a breakdown of his tracks. What do you think? This month's is kind of strange. Bits and pieces of it are pretty good, but other parts... eh... well... everyone has their own tastes. Have a listen and a read and see what you think!

So, the photo I used for this month's cover was actually taken at a dance recital that I attended earlier this year at The Dance Hall inside of Municipal Auditorium in Kansas City, MO. I thought it appropriate to use since the lead article this month was Best of KC 2004. That building is definitely one of the best of KC, architecturally. But yea... it's not a huge Best Of list, but more of a drive-by of where the best places were to hear some of the best DJs this past year.

The photo above was taken by Mason at our recent 3rd Anniversary party, "phocas cubed", at Kabal Restaurant & Nightclub. I think everyone that came had a really fantastic time, from dinner and drinks to more drinks and dancing. I can't express my gratitude enough to everyone that helped make this event possible, as well as everyone that has supported phocas.net for the last 3 years.

I would really like some feedback on one of the articles this month. Seriously, is it too cheesy or does it really give you a good feel for things if you had never been to Kabal? I initially wrote it for Xpander, another online Zine. It was just sent to them last week, so I don't know if it's been published or not yet, but check 'em out some time. They've got some good info.

This month was a bit crazy though, what with "phocas cubed" and Christmas and then New Year's. Yes, the photos will be up soon from all of those festivities, as well as some other fun stuff that will be added to the "A Look Back" gallery. Things just got a little delayed and I just ran out of time, heh... but we've got some new people coming on to help out... so... things are looking up!

And jeez... are you about ready for When Worlds Collide or what? There hasn't been anything goin on in that realm for a month or more it seems...


see you at the uptown?
~phocas~
zine.v1.stories