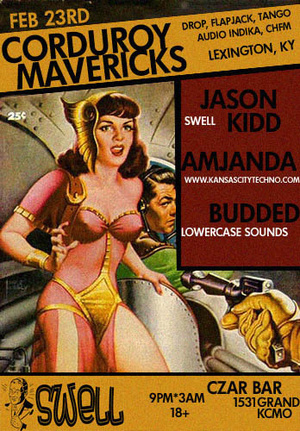 In search of House music again, last December we found the monthly event ‘Swell,’ hosted by local resident Jason Kidd; many thanks to our good friend Harvey for reminding us of this event.  We were not able to make it back in January, but after all the snow and being blocked in the house a few days earlier in the week, attending in February was absolutely essential.

Currently held at Czar Bar, this monthly event promises some of the best in House music that Kansas City has to offer, and then some.  It is the perfect venue that feels a little like a cross between the old Cup & Saucer days and the post-Blues period Grand Emporium; not too big, but not too small.  The bar staff is attentive and friendly and there is a fairly diverse and friendly crowd too, all coming together for one common theme; pure, unadulterated House music.

Every month features a special guest, and for the February edition Amjanda served up her special brand of o-so-funky House.  As soon as she took over the DJ booth, she immediately threw down some tracks that insisted folks get out on the dance floor, and they did.  She is always a special treat and really knows how to get people groovin’.  Whether solo, or with her long-time sparring partner Mr Nuro as the dynamic DJ duo Jack & Jill, Amjanda never disappoints. 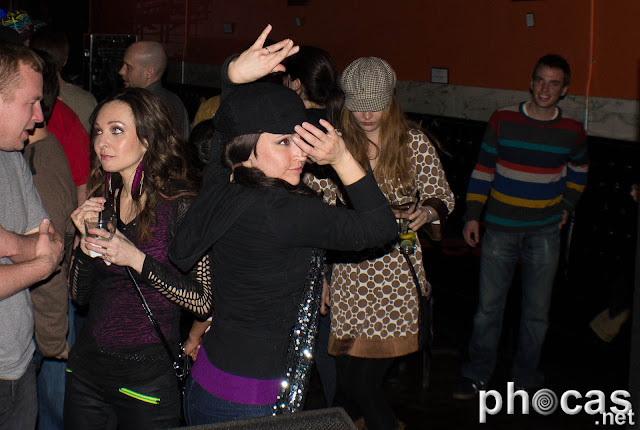 Host and resident DJ Jason Kidd knows how to serve it up as well.  Warming up before and filling in after Amjanda, he kept ‘em moving to the beat.  Jason has made a career out of moving folks on the dance floor for at least as long as phocas.net has been covering the Electronic Dance Music scene in Kansas City.  Indeed, if Jason is involved, you can bet whatever it is will be worth your while.
The night ended early for us, since we were fairly exhausted from flinging snow around earlier in the day, so we missed Budded, from Lower Case Sounds; however, listening to some tracks on SoundCloud later on, we wish we had stuck around. 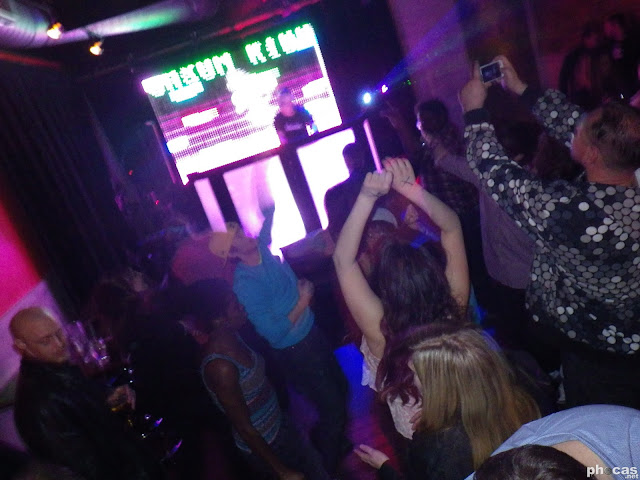 Swell will feature Brett Johnson in March, so if you have a need to throw your hands in the air and shake your ass to some quality dance music, be sure to make it out for this one!  “Over the last decade and a half, Brett Johnson has earned a reputation for making quality House music with a Techno edge.  His passion for combining his love of R&B, Disco, House and Techno music results in one cohesive body of music that explores the rhythmic and melodic complexities of Techno while keeping its groove and soul intact; work that not only satisfies his musical needs but also scratches a much needed itch in the world.”  (Resident Advisor)

We hope to see all the technical effects again too, served up through the handy-work of local Video Junkie and Technocrat, Mark Jones.  Of course there were photos, but quickly found we had brought the Rebel.  Instead, we had to wing it with a Galaxy S2 and Pentax WG-II that we happened to have with us.  The S2 takes OK photos for a phone, better than the Pentax.  The S2 video turned out crappy though.  Correction, the video was fine, but the little microphone simply could not handle the bass; fortunately, the Pentax came through on that point and provided a few nice clips. 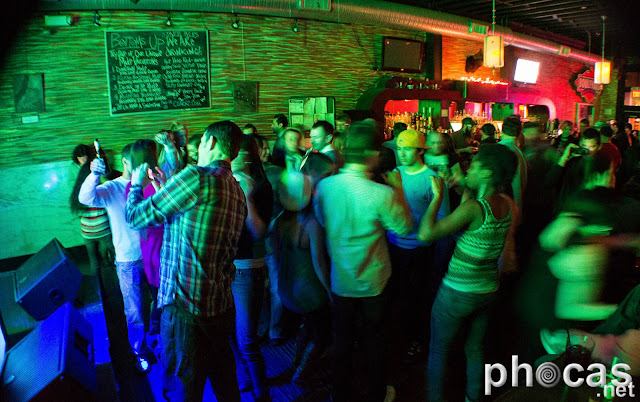 note:  photos taken by sarah appear with a much larger stamp.  it can't be fixed.