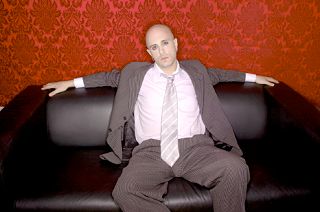 Stacey East ~ What is left to do after being on top of the electronic music industry for more than a decade, what achievement outshines traveling the world performing in front of hundreds of thousands of people at venues like Red Rocks and 3-Com Stadium, remixing Madonna (twice both #1 on Billboard), Paul Oakenfold (twice), Seal (#1 on the Billboard), Frank Sinatra (The first official estate commissioned electronic remix ever), David Bowie, America, Curve, The Crystal Method (#2 on Billboard), BT, Keoki, Carl Cox & Markus Schulz? What could be more rewarding than being featured on MTV, and producing tracks for Sandra Collins, D:Fuse, and DJ Rap? What can you do to top mountains of critical and popular acclaim in magazines like Rolling Stone and URB, barely being edged out for a Grammy nomination and a Dance Star award, licensing tracks for films like Tomb Raider and Bad Boys II, television powerhouses such as Buffy The Vampire Slayer and CSI, and spicing up video game soundtracks for Gran Turismo 4 and SSX 3?

You start all over again.

J. Scott G's new Summer Channel venture is a direct answer to the continued enervation of the dance music industry that he helped impel as one half of seminal beat rockers Deepsky. As Rave culture enters its twilight and clubbers become jaded by mountains of listless deep-prog-idm-breakcore tunes, the party-going public has subconsciously clamored for something fresh and exciting with shrinking event attendance, drooping CD and record sales, and a palpable malaise about club nights once considered massive. Enter Summer Channel.

“No one seems to write songs anymore,” says Scott. “Now it's the 'How many stutter edits can I cram into a track to get into the Guinness Book of World Records?' mentality. It seems like people have forgotten that music is supposed to be about something instead of about the technology itself. A wise man once told me (about over using the 303 during it's heyday), 'Use it as your salt and pepper, but don't make your dish out of it.' I think the same can be said about music technology in general. Some people use it as a substitute for good songwriting.”

Songwriting ability is one trait that Summer Channel has in spades. Tastes of songs from the debut album The Sweet Sound of Inevitability showcase Scott's survivor mentality and wry sense of humor about the music industry, loss, perseverance, fortune, and life. The first single, A Thousand Miles, is an emotionally wrought memoir on the trappings of stardom and the imminent rebirth that success compels. Industrial strength guitars trade blows with tech savvy synth jabs to form a whirling cloud of cross-pollinated soul sustenance, topped delicately with breathy, heartfelt vocals from guest siren Kathy Fisher.

Not quite a solo project, Scott has enlisted the talents of several choice performers to make Summer Channel a reality. “The thing that's made this record amazing so far are all of the people I've chosen to work with. My guitarist, Cameron Morgan (www.cameronmorgan.com) is a fucking prodigy. He's been the piece of the puzzle in every song that's made it go from just an electronic track to a 'live' sounding masterpiece. I've also had the amazing luck of finding astounding vocalists like Rebecca Coseboom of Halou who sang on 'I Am Persuaded' (www.halou.com), Patrick Scott (www.patrickscott.com) who sang on “Soulmate In Every City” and a forthcoming track you'll hear soon called 'Undertow.'”

Summer Channel is not merely a culmination of fortunate circumstances; rather it is an evolutionary step on the path to a modern and refreshing force in a world dominated by stale ideas and hyper-processed pop drivel. It is also an energizing catalyst for those that may feel new music has nothing to offer them. “Honestly I can’t remember the last time I actually bought a CD,” Scott laments. “But when I write music now, I always imagine that it's going to be played to a huge crowd. Its part of the reason I have a hard time writing anything that isnt epic in nature. And as silly as this sounds, I still jump around the room and dance like a freak when I have a wicked groove going. Its still as exciting now as it was when I was programming my first drum tracks, holed up in my bedroom at 16. I had no idea how far it could go.”