the control freeks on decks 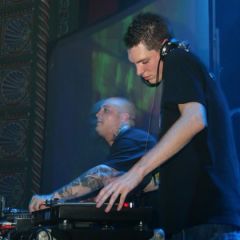 The Control Freeks have been praised throughout the country as two of the most energetic djs hailing from the Midwest and well known throughout as two who can build a set into a house music frenzy. They have shared the stage with such names as Derrick Carter, Crystal Method, Moby, Donald Glaude, The Lawnchair Generals, George Clinton, Bad Boy Bill, DJ Sneak, BT, Junkie XL, Angel Alanis, The Bassbin Twins, Charles Feelgood and the list continues. With their own headlining gigs throught the midwest, all the while holding down multiple residencies is second nature for these two . The Control Freeks studio work is much anticipated by numerous record labels and fans alike. They are known to annihiliate dancefloors with tracks that range from banging peaktime disco and driving funky techno, to vibey soulful, and straight up jackin acid records, proving that every show caters to whatever the crowds needs. Their non-stop work ethic, sweat, and persistence has put them in a permenent spot sharing the stage among house music's elite artists.

Well what can we say about Chaos Theory. The biggest annual indoor dance event in the midwest drawing thousands of people from the entire region, kind of forces you directly into the spotlight. It was our responsibility to set the pace for the evening. We just kind of cleared our minds and felt the vibe that was already present in the room. We didn't plan this set because we never do, we just went with the flow of the energy of the room and built off of that. We definately knew no matter what we wanted to climax by the end of our set and feeding off the energy of the crowd it was somewhat robotic in the sense that they directed us.
As far as track selection, we wanted to hook the people with some drums and slowly pull them in with a more sexual type of energy. The people were feeling it and the natural progression into our more disco flavored driving funk happened on its own. We were lucky enough to have CDR's from artists such as Mark Almaria and Bryan Jones, and that combined with the cutting edge records we are known for dropping, the entire set pretty much culminated into what we are known for doing: making people go crazy and dance. Scenario MC as always accompanied the main room as host, but also gave us some special vocal attention which added to the frenzy.

We would like to thank all the crews that keep this machine running, and specifically Will Crabtree and friends for designing this party for us all to enjoy. Also thanks to phocas.net for being the eyes of the midwest, and giving visual life to our weekly lifestyles! 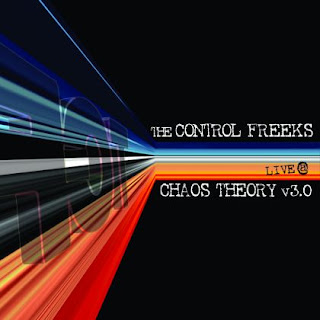 The Control Freeks ~ on decks ~ april 2006 issue ~ phocas.net by Phocas.Net on Mixcloud

this mix features music by....

Fore more information, just bounce on over to
TheControlFreeks.com