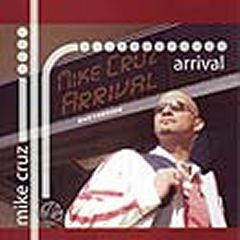 Renowned DJ Junior Vasquez has high praise for Cruz. “Mike Cruz is one of the most up-and-coming remixers on the scene today," he said. "He’s remixed two Jason Walker singles and Deepa Soul’s “As I Am” for Junior Vasquez Music. His mix of “As I Am” is definitely the BEST of the bunch.”
Already well known globally for his trademark house-fusion sound, Cruz has been DJing for over a dozen years in both the U.S. and abroad. He had quite a year in 2005, with six remixes including Deepa Soul's "As I Am" and one production topping the dance chart along with two more of his remixes in the Top 10. Cruz has had a total of 13 #1's and 8 Top 10 Billboard dance chart hits since 2001.

His #1 remixes in 2005 also included Jukka's "True Faith," Sisaundra Lewis' "Shout," Georgie Porgie's 'Sunshine," and Anna Visi's "Call Me" along with a #1 production for Inaya Day of "Lift It Up." Jaycee's "Bring in the Rain" and Laura Hildebrandt's "Burnin' Out" were Top 10 remixes by Cruz. Upcoming remixes include Inaya Day's remake of the 80's classic " Spin Me around" by Dead or Alive. Cruz will also soon drop his own production with Joi Cardwell, which is titled "It's Over," and is from his latest album Arrival.
Madtizzy Productions, Inc. began in 1998 with Sunscreem as its first act and David Knapp as its first DJ. They currently represent a number of other name DJ's including Billy Carroll, Chris Cox, Wayne G, Chad Jack and Manny Lehman.

Cruz's residencies include New York's Spirit, Chicago’s Hydrate, Tampa, Florida’s Chrome party; Providence, Rhode Island’s Fuel @ Diesel along with Krash at Chelsea in NYC (where he has manned the decks for nearly a decade). Internationally, Cruz holds residencies at both FFF/TLV in Tel Aviv, Israel and Le Boy in Rio De Janiero, Brazil. He has also spun in Vancouver, Cancun and Mexico City, in addition to Madrid and Ibiza in Spain (including the famous Club Space and Anfora Disco).