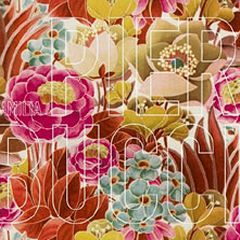 Betty Kang ~ Crosstown Rebels reach a milestone as they line-up the release of the label’s first artist album with Pier Bucci, an artist considered to be one of the Chilean holy trinity of techno along with Ricardo Villalobos & Luciano. Pier Bucci ‘Familia’ is already being talked about by the great and the good as quite possibly the electronic album of the year with its emotive, South American melodies juxtaposed against the intricate electronic micro-house leanings and minimal techno excursions. The album is at once trippy and beautiful and continues the cutting edge path that the Chileans have been forging from Berlin to Ibiza to the Americas.

Two critically acclaimed EP’s already released with the Rebels, ‘Cinetico Andino’ and ‘Advanced Romance’ have both set the tone. Pier Bucci’s debut album was always going to be something special but nothing has prepared people for this. ‘Familia’ is a masterpiece from an artist at the very top of his game. Presented as a seamless piece of music, these 10 tracks overflow with the kind of harmonies and rhythms that make ‘Familia’ such a unique and trippy proposition. The perfect balance of headphone sensibility and dance floor abandon, it sounds like nothing else on the planet. Recorded in Berlin and Paris, all tracks are new and exclusive and the album artwork is courtesy of Pier himself, a serious artist on all fronts.

The haunting vocals on ‘L’Nuit’ and ‘Tita’ are by Armelle Pioline, who has recorded with Atom Heart, and Macha who contributes vocals to ‘Hay Consuello’. Early reactions to ‘Familia’ have been electric as Pier Bucci has clearly established himself as one of the most exciting propositions in electronic music. His live show debuts in the US this November with dates accompanied by DJ darling of the underground, Crosstown Rebels boss Damian Lazarus.
zine.v1.stories