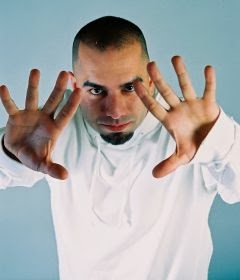 by Justin Kleinfeld ~ On November 15, 2005 Star 69 Records presents Saeed Younan’s debut artist production album, Saeed Younan Re-Mixed. As a top international DJ and producer, Saeed Younan has developed into a true artist of the global dance scene. Carving a sound all his own, Younan seamlessly blends house, techno, tribal, and percussive grooves with building momentum, making him a favorite among club goers as well as promoters.

Much more than just another house music compilation, Saeed Younan Re-Mixed features every tool in this talented DJ / producer / remixers repertoire. Not only is the disc packed to the hilt with Younan’s in demand original productions and remixes, but it also displays his skills behind the decks. The track selection here is impeccable, including such standouts remixes of BPT’s “Moody,” Star 69 Records’ release of Saeed’s remixes of Club 69 “Warm Leatherette” and Suzanne Palmer “Sound Of The Drums,” Saeed’s brand new 2005 remix of CELEDA “The Underground” (EXCLUSIVE TO THIS ALBUM) and his own “You Know I’ve Got It”. All of the tracks have a fresh new sound thanks to Younan’s policy of creating whole new tracks using only the original vocals. This results in remixes that sound drastically different than the original – the way it’s supposed to be!

Younan has been DJing, producing, and remixing music for major and independent labels (including Addictive, Strictly Rhythm, Yoshitoshi, Star 69, Tweek’d, Bamboo, Distinctive and Sondos) since the early 90’s. He’s had numerous Top 10 hits and a #1 spot on Billboard Dance chart (Celeda “The Underground”). Younan’s nomination for “Best Breakthrough DJ” in the 2003 DanceStar awards is a testimony to his worldwide appeal. This milestone provided an opportunity to push his sound even further, and while doing so, he’s captivating audiences worldwide.

Saeed Younan has headlined at prominent clubs across the globe in places such as Space and Cream (Ibiza, Miami), Pacha (Argentina, Israel, and Spain), Cave, Acabus (Dominican Republic), +Soda, and Venue (Greece), Vinyl, and Avalon (New York), Womb, (Tokyo), Sona (Montreal), and Boa (Toronto). To date, Younan has released two mix compilations (with Palash): Tide Edit (2002 on UCMG/Europe & STAR 69/US) and Addictive Beats (summer 2003 on STAR 69/US and SPG/Canada). These compilations showcase not only Saeed’s tribal sound, but also a deep and minimal side. Both compilations have received rave reviews from critics around the world.


Saeed Younan Re-Mixed Track listing
For the latest information on the Saeed, check out SaeedYounan.com, Star69records.com or Rephlektor Inkorporated.
zine.v1.stories