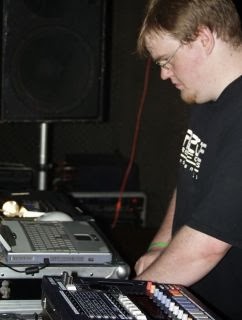 by Chris Milbourn ~ photo by todd ~ DJ Adam Jay’s musical tastes have evolved in a way that some can agree with, but not all. Growing up with DJ’s and musicians in his own family spurred his passion for music at a young age. At just 16, he spun at the world-famous East Town Theatre in Detroit and never looked back. Since then, record labels Primate and Primevil have allowed him to flourish as a DJ and highly regarded producer among the techno massive from coast to coast and across a couple oceans. Even when Carl Cox plays he almost always lays down some of Adam’s original wax.

So tell me, how did you get into DJing and producing?

Well my sister was a college radio DJ when I was a young teenager. She played a lot of industrial stuff and that kind of spurred me onto listening to industrial - which lead me onto techno. Djing was a natural evolution, as that’s the most common way to perform, but also to hear the new stuff you needed a turntable as it was all vinyl. And I was in a lot of bands as a teenager, got tired of working with other people so solo production made it easy for me to have a creative outlet on my own terms.

Is it more difficult to network as a solo artist, as opposed to being a member of a band?
It certainly is, for the most part I'm my own agent, publicist, secretary, and assistant. There's a lot of responsibility that goes with being solo. But as long as you have the drive to continue with good work, people will listen and eventually you can put the whole "machine" on auto-pilot and just focus on making good music.

What kind of bands were you a part of?

Funk bands mostly. I played bass and keyboards. In school I also did jazz band.

Did you initially find refuge in techno the same way many kids have?

I don't know, how did kids find refuge?

I have met a lot of people that suddenly discovered Techno only to think, "Where's this been all my life?"
I would say not so much. I think I found it along a path. It just seemed like the music I was interested in gradually and overtime became more raw and hypnotic. It was more of an evolution for me rather than a discovery.

Of the various countries you've played in, were you ever surprised about the way a specific crowd reacted to one of your performances?

Certainly, in Australia the crowds seem much more reserved and difficult to read. I think it comes down to how people in different parts of the globe react to different sounds. In Brasil they really vibe off of techno with complex rhythms, in Japan the crowds seem to relate to a more basic and focused polyrhythms with less hooks.

What unlikely U.S. cities are your favorites to play in? I'm talking outside of NY, LA and Chicago...
I had an incredible time in San Diego earlier this year. There's a small but well established techno community there that really supports keeping techno going by any means necessary. Its not a very industrial or hard-knocks city that you would expect techno to be welcomed in, but never the less they do a great job of welcoming it.

I love SD! For those that don't know, how did the renowned Shiva versus Adam Jay performances come about?

We used to throw a lot of parties together in Indianapolis. And naturally we like to play at our own parties. At first the tag-team sets were a way to make room in the time slots for both of us to play and still have plenty of time for the guest DJs to throw down. But after the first versus set, we knew that we both enjoyed playing off each other, so we just kept up with it. Its much less predictable than a solo set, and that makes it exciting. I can start off in one direction and she can take it an entirely different direction that I would not have thought to. The sets end up taking on a sort of life of their own, and I think the crowds have enjoyed that.

Are there more Shiva versus Adam Jay sessions to come in the future?

What records have caught your ear in '05?

A lot of the Thomas Schumacher stuff on Spielzeug, the Tony Rohr remix of Paul Birken's "Put Your Head in the Speaker,” Joris Voorn's "A Dedicated Mind,” and Greg Gow's Echalon EP on Beretta Music.

Some of those were promos and some were Vinyl’s, I can't say for sure which was which.

My apologies, I meant to ask; Whas is your preferred medium when you play out?

I prefer Vinyl but its always good to play the stuff you wrote in the studio the night before, so CDs come in real handy in that case.

There is something human, yet somewhat menacing about one of your mixes in particular (live @ Natural in Cincinatti). Do you try to scare the hell out of people when you mix?
Certainly not! The club was pretty dark and dingy, so i wanted to incorporate some industrial stuff in certain parts of the mix.

Finally, what is your ideal scene, and how can it be attained today?

I don't really believe in an ideal scene. Obviously there are limitations today and I think while it may make things difficult and it makes the music difficult to come by, it also puts more of an urgency into the roles of the promoters, DJ‘s, and producers. The whole idea of a Utopia would really defeat what Techno has been about in the past. Struggle and perseverance. 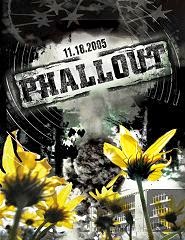