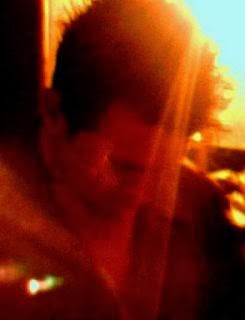 Unrelenting since 1995 is the best way to describe DJ Solaris. In a blazing fury of vinyl and chaos, Solaris assaults party goers and sound systems alike. Many have fell before the ceaseless barrage of gritty acid techno in Miami, Chicago, Atlanta, Ft. Lauderdale, and in cities all across the Midwest. This devout DJ/producer stepped up to the Techno alter in the mid nineties and has been preaching the word of evil techno ever since. Picture a dark dungeon, pounding with a rhythmic drone. Inside people are in a fervor some still unable to comprehend what this man behind the decks is wielding. Such stories are just a drop to the stories Solaris has to tell about his experience performing around the US. Few have the stamina and perseverance that this man puts forth at every show, giving this Tyrant of Techno a formidable collection of sounds to penetrate the ears of any with the conviction to witness his presence.

This month, phocas.net brings you an exclusive mix from Solaris. His new CD titled Centrifuge has yet to hit the streets. Instead he has decided to hold out on the release, and make it exclusively for phocas.net for this issue. Centrifuge is Solaris’s latest mix CD, a compilation forged together with a purpose of driving and expanding people’s views of techno. With 25 tracks on the CD, this man never intended the listener to get too comfortable and apathetic.

Solaris ~ on decks ~ september 2005 issue ~ phocas.net by Phocas.Net on Mixcloud


This CD is a long time coming. I have put out a few and had this CD idea stewing for about two years. The name Centrifuge was a concept that I wanted to relate in musical form. I kept it on the burner and in my head until I was confident that I had the material to make what I believed would best suit what was banging on in my mind. I always dread making CD’s because the amount of things I have to leave out is boggling. I always try to fit as much of my soul into what I am doing as I can, and that takes its toll. Don’t look as Techno as simple music, its repetition is something that takes desire and commitment to work into this style. The style is a conundrum that has most confounded and others bewildered. I think of music in terms of energy when mixing and my job is to pull your strings and guide you through this piece of your life. I often find myself searching hours upon hours of tracks to find that one track that has that feel and energy that I desire in everything I play. If I come out of that (as I usually have) with one record from all those hours then I have considered it a good day.

Take to heart that I am and always be here to push the boundaries that others perceive as music. This style brought me into the scene and I have devoted myself to staying true to the form that guided me into this culture. Take what you can from this CD. If you enjoy it only an ounce of what I did while I was making it, I will consider my job well done. With 25 tracks in 70 minutes you have to know I was busy pushing out one about every 2.5 minutes. Even with that there is effect and tricks I was performing at the same time. These are too numerous to count and extrapolate on in the following information. 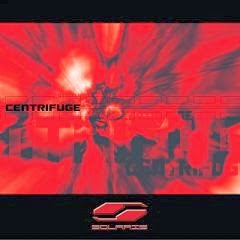