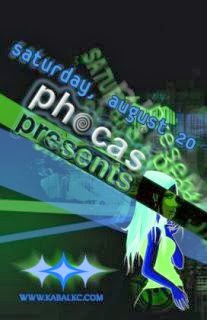 He began throwin parties with Shawn York of Boogie Knights in 2000. Though he really didn't play anywhere until 2002, he did play several of their events, as well as others. This coupled with his recent work has helped him become became fairly well-known and respected in the St Louis House scene.

These days he works closely with Don Tinsley, ION and Josh Harrell (Chicago) on a weekly they affectionately term "The Sweet Spot", sticking with a strict "House Music Only" format that has kept them busy every Wednesday for the last two years. In Trevor's words, "If my house music has a home this is where it would be. It has definitely helped me to evolve as a DJ and I can't imagine where I would be without it."

That evolution has taken him to doing a lot of work with Brown & White Productions, the group responsible for some of the largest events to take place over the last couple of years in Saint Louis. His work with them has had him playing alongside superstars of House at St Louis hospot Velvet. I missed him when he opened for Derrick Carter, but caught Trevor playing to packed floors with Mark Farina and most recently Judge Jules.

He has been really playin for some really big shows lately, filling his schedule up well. The last time he was in Kansas City, he was confined to the VIP Lounge at Chaos Theory v3.0, in Kansas City, MO. It was really unfortunate that not everyone had the opportunity to hear his set. He had most of the room in motion, shakin it! 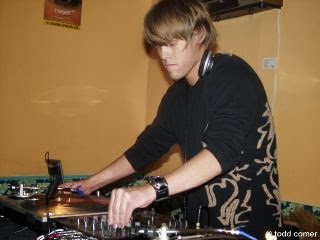 What is fortunate is that you'll have another chance to catch him here in Kansas City on Saturday, August 20, 2005 at Kabal Restaurant & Nightclub.

That's right! The first in a series of new events for us, phocas presents... Trevor Matthews on August 20, 2005 at Kabal Restaurant & Nightclub in the Historic RiverMarket District, 503 Walnut, Downtown Kansas City, MO. Just click the image to the right for more information!

This is going to be a rare opportunity to actually catch Trevor in Kansas City on a Saturday night, so be sure not to miss it! Like I said earlier, lately his Saturdays have been full up with the likes of Derrick Carter & Mark Farina.