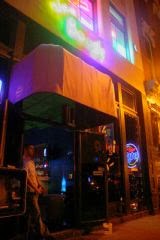 story & photos by Kent Frost ~ Springfield, MO - Every Wednesday night the local electronic music (EM) DJ's do their thing. The weekly event, which has been running nearly non-stop since it's inception in November of 2003, is named simply “Lift”. Anyone here who used to roam the streets of Springfield far enough back will tell you that Lift is the best thing to hit this town in terms of electronic music since the days of Afterhours Nightclub on the corner of Commercial St. and Campbell Ave.

“The Boogie”, whose stage has seen such talent as Jackyl & Hyde, J-Break, Ben Armstrong, Don Tinsley, Pat Nice, and Springfield's own DJ Nolo, is located at 321 South Ave, about a block south of the Square in the middle of downtown Springfield, MO.

Drink specials include $2 entry ($4 for under 21) with $1 domestic drafts until midnight, or you can go all out with the $7 all-you-can-drink special (wells or domestic drafts once again).
The concept of Lift was realized when Preston Havens, a.k.a. Kid Conundrum, was given managerial privileges of the bar. At the time, Lift was a bi-weekly event, but it made an amazing impression on the local EM scene. It gave us something we'd been needing for quite some time. A frequent venue. A base. A place we could call home.

Between July of 2002 and November of 2003, supporters of the Springfield scene were offered events at different venues that lasted from 9pm to 4 or sometimes even 5am. Some great talent was seen at these events, but attendance was always an issue because of the higher covers at the door. These parties were usually more than $10 to $15 per person and didn't offer alcohol to those who could buy it, but that's because these were usually “All Ages” events. And, given that the shows went until the wee hours of the morning, most of the EM community considered these parties to be more catered toward the younger crowd. Thus, upon receiving say-so over the happenings of The Boogie, Preston gave us what he knew we needed so we could progress. And progress we did...and still do. Every person who wanted to spin got their chance. The sets of those that the crowd enjoyed were asked back. Regional talent was booked from St. Louis, KC, Fayetteville and Little Rock, AR, Tulsa, OK, and so on...all of them rocked the house like no other. Within six months, Lift was a staple of the community. 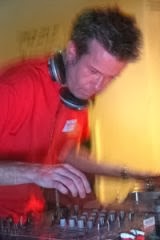 Unfortunately, Preston didn't get to see the 1 Year Anniversary of his creation. On September 14, 2004, almost two months prior to the event, Preston suffered a diabetic seizure which claimed his life. He was 32. A silent auction was held at the following Lift to raise money for his son.

Many unanswered questions about Lift were raised at that point. Such as “Is Lift finished?” “Is anyone taking over”? A call to assembly was made to discuss the future of Lift and to create a plan of action to determine what lay ahead for the Springfield EM scene. Some of Preston's best friends stood up and took over his creation and production name “True Vibe Tribe”. We knew it had to keep going.

As a response to those who didn't like that it was a bi-weekly event, it was decided that Lift be delivered each week, and Wednesday nights at The Boogie eventually found sponsorship from Miller Lite, inspiring the $7 all-you-can-drink special. Lift Wednesday has become the standard weekly event that people think of when they think of EM in Springfield, not to mention that The Boogie has become home to one of the most successful spots for pub crawls, hosted by Djs LC and Stretch.

So far to this day, a picture of Preston in the form of a mosaic made solely of event photos of his friends rests on a high shelf behind the bar near the DJ.

Although Preston is very sorely missed, we know that if he could see what's been happening with his creation that he would be pleased.

For more information about Lift, The Boogie, and other events happening in Springfield and the rest of the Southwest Missouri area, you can visit the local message board, www.417vibe.com, for frequent updates in the “Where To Be” section.
zine.v1.stories