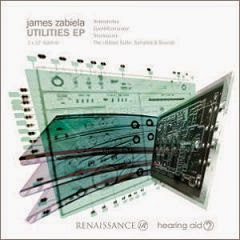 by Betty Kang, PlexiPR ~ Sasha protégé James Zabiela (pronunciation: zah-bEE-la) continues to prove he is at the forefront of modern DJing with this eagerly anticipated follow-up to ALiVE, devoting one disc to the much publicized Ableton technology, mixed entirely off computer; whilst he goes totally live on the second, using 3 CD decks, samplers and EFX units. What results is a techy, bleepy and funky rendition of computerized soul.

A debate is raging within the world of dance music – what is the future of DJing? Three partisan camps have emerged: vinyl, CD and totally digital, using computer technology. In short, the modern DJ has more options as to how to mix than ever before. Quite remarkable when you consider but 5 short years ago, 3 decks were considered a novelty. Along the way there have been defining moments in this development; an outstanding example was 2004’s ALiVE album (Renaissance/System Recordings) by James Zabiela, the compilation being the first to truly highlight just what can be done using 3 Pioneer CDJ 1000s (the CD equivalent of a turntable) and an EFX unit. It even came with a short CD-Rom film demonstrating the totally live trickery that was employed.

A year on and James Zabiela once again joins forces with Renaissance for the follow-up. Given his well-documented love and support of the CDJs, you’d think that a further homage to the joys of CD mixology would be in order, but in part you’d be wrong. James explains, “Since ‘ALiVE’ there has been a huge leap in computer software. Things are continuing to move forward at a rapid speed. I therefore felt it was really important I made of use of all these technologies – or Utilities (hence the name) – available.” Aware of the long-running debate over formats, James hit upon his own unique idea to separate the technologies and let people draw their own conclusions. Utilities two discs therefore come as disc 1 - ‘Computed’ and disc 2 - ‘Recorded’. As the names suggest, one uses the much publicized Ableton technology and has been programmed entirely on computer, whilst the other makes a welcome return to last year’s format of CDJs, samplers and an EFX unit recorded live. “With this format on the album I’ve employed all the Utilities as I wanted to,” elaborates James, “But it has also allowed me to lay down what is essentially a musical debate. For the first time on one album, by comparing both discs, people can draw their own conclusions as to what system they prefer.”

But let’s not forget that beyond the mixing techniques James distinct musical style remains at the heart of the album. The album showcases James’ growing ability to bridge the experimental and club worlds, and it embodies a sound that presents a dancefloor take on techy and minimal progressive house, with just enough breaks to keep the funk oozing in and futuristic sci-fi elements that may just induce its own robophobia. In a further move to distinguish the follow-up, he also chose Utilities to be the platform to showcase his very first foray into the world of original production. The result is two incredible cuts – ‘Robophobia’ and ‘EyeAMComputer’ which are currently causing mayhem on dancefloors round the world and are available on the The Utilities EP [SINGLE] out now. Beyond his own productions James draws on a host of current talent, including the previously unavailable Kriece remix of Aphex Twin’s seminal ‘Windowlicker’ and tracks and remixes from Infusion, Buick Project, Trentemoller, Lee Coombs, Montero and many more.